The story of a Sri Lankan journalist-refugee in Chennai 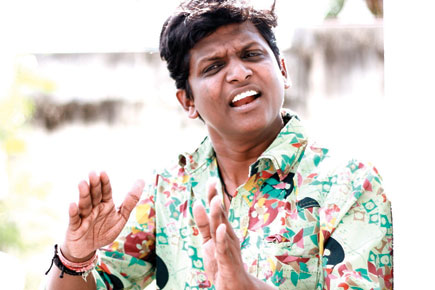 The story of a Sri Lankan journalist-refugee in Chennai


It’s a short distance from Chennai to Colombo, but 29-year-old  Sri Lankan journalist Sritharan Someetharan will not be flying back. He expects to be shot by ‘unidentified men’. It happened to one editor he worked for at North Eastern Herald, a monthly that gave a voice to the Tamil minority in Sri Lanka. Another editor was sentenced to 20 years in jail under a cooked-up terrorism charge.

Someetharan, a feature writer at the paper, first came to Chennai in 2004 on a student visa. He joined a course for visual communication but continued to work for North Eastern Herald. The paper was close to his heart. After covering Jaffna during the civil war in 2002 for a Tamil daily, Someetharan had met Sivram, a founder member of the paper, and joined them. “We followed up stories which other newspapers ignored. There were orphans of the war. There was the question of post-war rehabilitation and development. None of the Colombo-based papers dealt with the problems of the region.”

In April 2005, when Someetharan was in Colombo, Sivaram was kidnapped and killed. Soon, another NEH editor JS Tissainayagam was sentenced to 20 years’ rigorous imprisonment under the Terrorism Prevention Act (granted bail two years later, he went into exile in the US.) In 2006, Someetharan decided that it’s too dangerous to go to Sri Lanka. He has never returned.

In India, he has made documentaries on the atrocities of the Sri Lankan government during its war with the LTTE.  Mullaitivu Saga portrays an episode of what he calls a genocidal battle by the Sri Lankan state against the Tamil people. Burning Memories tells the story of the destruction in 1981 of a Jaffna library with an immense collection of works on the culture, literature and history of Sri Lankan Tamils.

“In Chennai, every Tamilian from Sri Lanka is considered an accomplice in the assassination of Rajiv Gandhi,” he says. The screening of Mullaitivu Saga in Thiruvananthapuram last year ended up with media reports about a ‘suspected LTTE gathering in Kerala’. “My film has nothing to do with the LTTE. I don’t support the bloody path of the LTTE,” says Someetharan. Dr I Gopi-nath, a writer and film critic, says, “Though the film does not address the complexities of the issue of Tamils in Sri Lanka, it serves a purpose as reportage with original footage on the plight of war victims.”