A women’s group in Shillong objects to ‘women only’ taxis, calling it gender segregation. 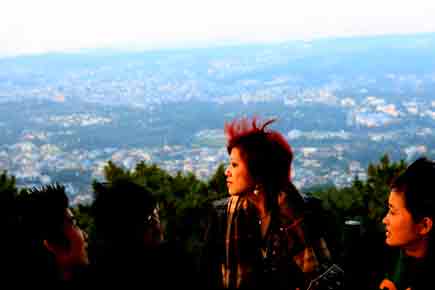 A women’s group in Shillong objects to ‘women only’ taxis, calling it gender segregation.


A women’s group in Shillong objects to ‘women only’ taxis, calling it gender segregation.

The Meghalaya government’s plan to introduce ‘women only’ taxis in the state capital has met with opposition from women’s rights organisations, primary among them being the powerful Civil Society Women’s Organisation (CSWO).

As per the plan, women will be recruited as taxi drivers and get loans to purchase taxis (Maruti 800s). They will also receive driving lessons, first-aid and instructions on handling rough passengers and situations. Fifty women have been selected from several applicants. The training starts December.

By early January 2011, fifty ‘women only’ cabs will start plying in Shillong, making it the first city in South Asia to have such cabs. They will be driven by women, for women. Male passengers are not allowed.

According to a government spokesperson, the necessity for such cabs was felt after complaints of harassment of women passengers by male cabbies. Shillong has thousands of taxis, nearly all Maruti 800s, that ply only as share taxis. They take up to six passengers. “Women are uncomfortable about squeezing into a tight space with strangers,” the spokesman says. “Sometimes, male passengers are drunk. So, it was felt that there should be cabs for women, with women as drivers. We will start with Shillong. If the idea is successful, we will have it in other towns of the state as well.”

Strangely, some women’s bodies like the CSWO feel the plan is not practical. The body’s president Agnes Kharshiing says, “Women don’t necessarily travel alone—they have their husbands, fathers, boyfriends, sons or other males with them. They can’t use the ‘women only’ taxis. They will have to use general taxis. Also, these cabs will have to wait for a long time to get only women passengers. They’ll lose out on business.”

But not all women are against the scheme. “I would feel much safer in a cab driven by a woman and with only women as co-passengers,” says social worker and physician Silverine Laloo.