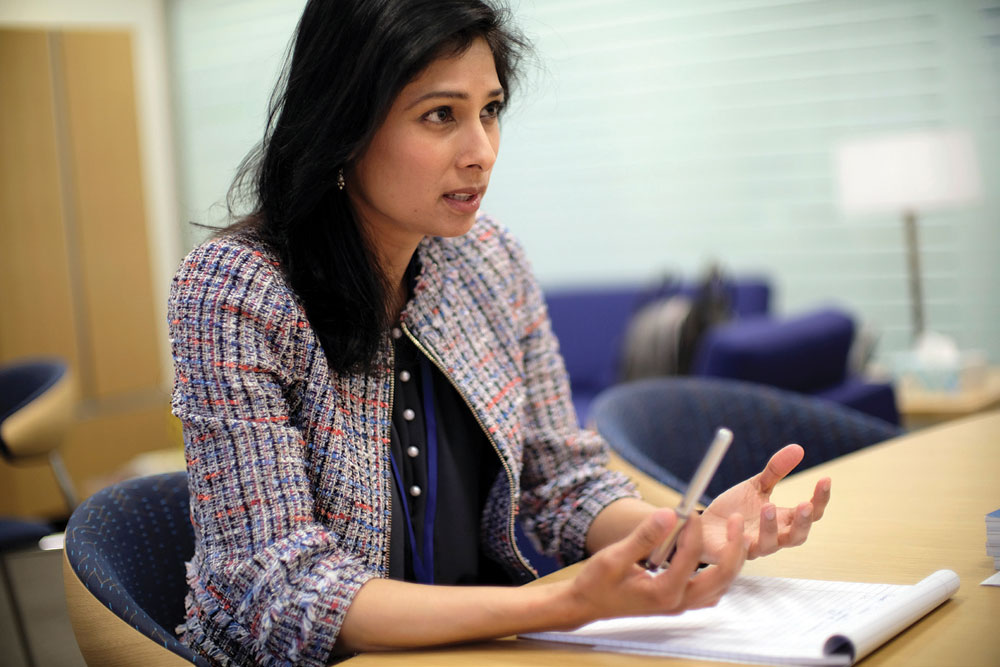 The first Indian-origin woman to be appointed full professor at Harvard’s economics department, Gopinath has advised India on G20 matters. She was also the chief economic adviser to Kerala’s chief minister. An alumnus of Delhi’s Lady Shri Ram College, Delhi School of Economics and Princeton, Gopinath is also the first Indian-origin woman to be named IMF’s chief economist. Her knowledge of financial markets and trade has earned plaudits. She did her PhD at Princeton under the guidance of former Federal Reserve Chairman Ben Bernanke and Kenneth Rogoff, a former IMF economist who now teaches at Harvard. Bernanke had described her as “one of the strongest and most promising students I ever worked with”. She is Harvard University’s John Zwaanstra Professor of International Studies and of Economics. She has also advised prestigious entities, such the US National Bureau of Economic Research and the Federal Reserve Bank of New York. Economist Pierre-Olivier Gourinchas, her doctoral adviser at Princeton, had told Open in an interview late last year: “Gopinath’s research on the dominant role of the US currency in international trade and finance positions her very well to understand [new] challenges and provide helpful guidance to the IMF’s managing director and its board of administrators.” She seems to live up to the expectations.