The annual upgrade of the MacBook Pro is here. It is faster and meaner, though not leaner. Reduced battery time is its only downside 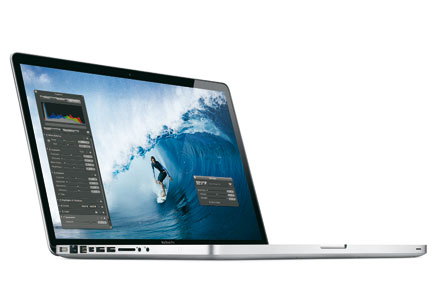 The annual upgrade of the MacBook Pro is here. It is faster and meaner, though not leaner. Reduced battery time is its only downside


Like each year, the MacBook Pro just got an update. There are no changes on the design front, but the machines now feature Intel Core processors instead of Core 2 Duo, and start with a 13 inch screen with an i5. It is good to see that Apple did not start with the entry-level Core i3. Some of the options now offered include Quad Core processors up to i7 in the 15 and 17 inch range.

A significant change is the shift to an HD webcam (720 pixel), given that more and more people are video calling from their computers. The graphics have been enhanced to include  AMD Radeon HD Graphics, but on the entry level 13 inch screens, you will be stuck with the Intel HD 3000, which is not as fast as the AMD card.

On configured-to-order MacBook Pros, you can have a maximum of 8 GB RAM and 750 GB hard drive. And if you want, there’s also the option of a 512 GB solid state disk (SSD).

It has got an array of media and card readers, yet the DVD writer is still part of this package. This could be because this machine is targeted at graphic and media professionals, who still use the optical medium a lot. Keeping the same user group in mind, its SD card slot now supports SDXC cards too, and the 17 inch model still sports the Express Card/34 slot for multiple expandability options.

Standard features like a backlit keyboard, LED backlit screens, and an aluminium unibody are still there.

But even a MacBook Pro must have its failings. The battery life of this new Mac is down to 7 hours from the famed 10 hours earlier.

The expected launch of the new operating system, OSX Lion, has not happened. As a result, the machine still ships with OSX Snow Leopard.
Still, the new MacBook Pros are up to two times faster on processing and three times faster on graphics. That kind of performance had to take a toll. Something has to give.