A luxury smartphone that costs as much as a car. Why? It cuts a sharp image 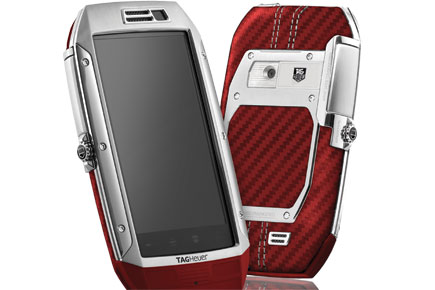 A luxury smartphone that costs as much as a car. Why? It cuts a sharp image


The specs first: quad band, 3G, Wi-Fi and Bluetooth. Standby time of 14 days and talk time of 5 hours. It weighs a heavy 200 gm, because the Gorilla Glass screen and 316L Stainless steel body add more than a touch of class to it.

Now on to the phone. It has a crown like that of a Tag watch. Rotate it, and a compartment opens up to give you access to the Sim card, memory card and charging pin. This is the only part of the phone that can be opened. Else, you cannot even access the battery of the phone. But if you can spend this amount (Rs 306,000 to Rs 1,165,000, depending on the model) on a phone, you sure won’t be looking to replace a battery.

It has all the smartphone trinkets, such as a light sensor to control screen brightness. It has a camera too. There’s no flash, but there is a TH logo to remind you why you have paid so much for this phone. The phone boots up as fast or slow as any other Android phone, but it does flash the Tag Heuer Avant-Garde Communication screen popup—as style reinforcement.

It does not support Dolby, but can play DivX, after you download an application. But LVMH assures me that it will be pre-loaded once the phone is launched. The phone can play every possible movie format, and features a 3.5 inch WVGA 480 x 800 pixel screen that is sharp, though not high definition. Admitted that the phone’s buyer can afford to buy a cinema hall, but there’s more to a phone’s screen than just watching movies. What about the experience of using all the cool apps out there?

On to the service network. There is a comprehensive warranty, to be availed at service centres that are open 9 am to 6 pm, Mondays to Fridays. I would have loved a concierge service similar to the one that comes with a Vertu phone. But this phone is not for  the Vertu buyer. Its buyer probably has an army of butlers.