It runs BB’s latest OS 10.2, looks and feels good, and does not cost a bombIf queues outside Apple stores in India were any clue, this handset is a big hit 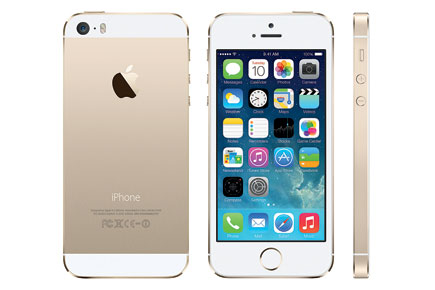 If queues outside Apple stores in India were any clue, this handset is a big hit


The iPhone 5 has been replaced with the iPhone 5S and is finally here in India. Its gold variant is sold out globally and has a long waiting list. I got a sneak peek of the 5S in San Francisco two months ago, but wanted to wait for it to arrive on our shores before sharing my take on it.

The iPhone 5S looks and feels like the iPhone 5, which now stands discontinued, but the internals are all brand new—a 64-bit processor powers the iPhone 5S, and it also has a motion co-processor.

What has been the talking point of the iPhone 5S is its fingerprint sensor. This is not the first time a fingerprint sensor has been employed, but this is the first time it’s been done right. From unlocking your phone or making that purchase from iTunes, all you need do now is to scan your finger, no more worrying about someone knowing your password and using it to buy stuff.

The camera on the 5S also gets an upgrade. It now has an f/2.2 aperture and a 15 per cent larger sensor. This means sharper pictures in both day and night photography. The faster hardware also allows the camera to shoot 10 frames per second, and with a true tone flash, the pictures come out perfectly. The camera can also take slow motion videos and even takes still photos while recording a video. You also get auto image stabilisation for those shaky moments.

Apple also has a number of cases for the iPhone 5S. Made of leather, these are shaped to cover the volume buttons, the on/off switch and also the chamfered edges of the iPhone. The cases have a microfibre lining for strength and durability, and are available in colours that match the S5’s three options—silver, space gray and gold.

The iPhone 5S is available with built-in storage of 16GB, 32GB and 64GB. I wish Apple had announced a 128 GB version of this phone.