The 4S is faster and smarter than any smartphone going 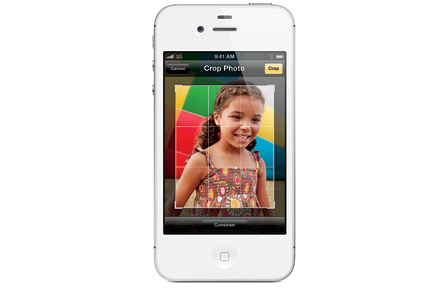 The 4S is faster and smarter than any smartphone going


How do you better the best? Apple solved this problem with the iPhone 4S by giving it a faster processor and smart voice assistant. It is also a world phone that works on all GSM as well as CDMA networks.

The 4S is powered by the same processor that powers the iPad. That means better handling of graphics and more responsive apps.

The camera has been bumped up to 8 megapixel. What makes this 8 meg camera better than many of the others in the market, is that it has a five-element lens that lets you capture sharper images, a larger f/2.4 aperture that lets in more light, and an advanced hybrid infrared filter to keep out infrared light so that you get accurate colours. There’s also an illumination sensor that increases the camera’s sensitivity and ensures a shorter exposure time for night-time pictures. And, 4S is the first iPhone to sport an LED flash. A good camera is not all. With the 4S, you can also crop, rotate, remove red eye and enhance the image right off the phone. It can also shoot videos in 1080 p HD, at 30 frames per second.

Now, on to the smart part. Called Siri, its smart voice assistant can help you make calls, run internet searches, move your calendar and check if you have clashing appointments, read you your text messages and even reply to them. It can serve reminders not just for a particular time, but also for a location. You can set a reminder for when you reach ‘home’. The phone will dutifully remind you to, say, kiss your wife/husband when you do. While Siri requires you to speak with an accent, it ain’t no stumbling block, like the voice recognition apps on many other phones.

Smartphones are notorious for short battery times. But the 4S on a full charge can do 8 hours on a 3G network and 14 hours on 2G. At 200 hours of standby time, you can keep it locked for a whole week, and it is still ready to go. If you use the iPhone for data, it allows 6 hours of non-stop 3G data usage, and 9 hours on a Wi-Fi network. If all you want to do is watch movies and listen to music, the battery will allow you 10 and 40 hours of each respectively.