A personal portrait of tribal sensitivity 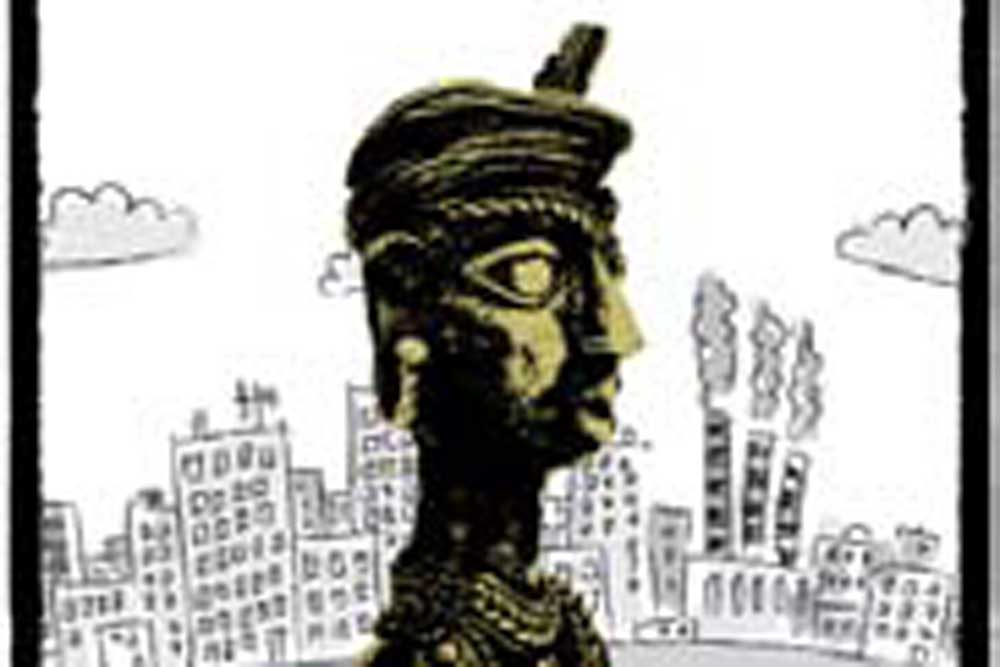 Man’s interaction with modernity threw up forces that altered social realities, exposing the contradictions of class, individual consciousness and mutuality of experience. This leads to a multiplicity of responses to modernity—firstly, acceptability and change; secondly, ambiguity; and lastly, resistance and hostility. It is a refusal to accept the encroachments of modernity in the tribal belt of Bastar, a district in the Indian state of Chhattisgarh, that forms the central argument of Narendra’s book, titled Bastar Dispatches: A Passage through the Wilds. In this book the author narrates the daily life of Abujhmadias, a tribe of hunter-gatherers who live in Abujhmad, which encompasses the ‘Adivasi universe in India and the world at large’.

Having lived for more than three decades in Abujhmad and its contiguous areas in Bastar district of Chhattisgarh, Narendra’s serendipitous wandering into the interiors of Bastar in 1979 opens up to the world life in Abujhmad—which in the early 80s meant ‘dense wilds, human sacrifice, witchcraft, man-eating tigers and aggressive loin-clothed men and bare-breasted women’. Once synonymous with ‘savage and uncivilized’, the inroads made by modernity have today inextricably linked the issues of Adivasis to the larger ‘global political and economic grid’, where ‘survival no longer depends on the wilds, landscape, metaphysics, but on being a functional link in the chain of the profit economy, democracy and freedom of a secular and terrestrial kind’.

This breaking of the ‘ecological-cultural cohesion’ was a result of welfare plans and schemes that did not consider Adivasis as allies or partners in their own welfare. As political parties and civil society groups clamour over the delivery and effectiveness of welfare schemes related to housing, forest, land, water, education and mining, among others, these issues are seen differently by different people. The author’s interaction with Adivasis show the ‘unsettling irony of such welfare’ that has changed their traditional modes of design and construction of houses.

The author makes pithy observations about the clash between modernity and tradition: that is, between welfare schemes and ancestral gods. Unlike modernity that seeks deliverance, Abujhmadias seek dissolution. Lamenting a government subsidy to build toilets in houses that take space away from ancestors, given the small size of their plots, an Adivasi tells the author, “These schemes have brought us grief and lamentation. Because of the toilet we have lost our dead…We belong to none; none belongs to us…We stayed together. We were a family of the living and the dead relatives. We believed in the dead, not death.”

Traditional houses that were built in accordance with community norms were replaced by houses constructed according to government schemes. This change in their housing arrangements is a result of public incentives, political compulsions and social pressures; non-compliance with these schemes of modernity may lead to disqualification from panchayat membership. This approach of the state to public welfare is seen as a diminution of the Adivasi role in the schemes, plans and ordinances that are made in their name.

As the ‘regionality’ of Bastar erodes, its marginalised communities strive to secure their place in a region that has gradually come under the influence—and had to bear the impact—of corporate development, marketisation, violent conflicts, social and political polarisation, all of which have given ‘the state an unfortunate pre-eminence in their life’. Maoist countervailing forces have not only ruptured the language of silence, but also been corrosive. In between the two extremes lies the Adivasi, ‘echoing the disappointment of modernity’.

The book is about a modern period of social change, and its author articulates the unique sensibilities of a landscape and people with ‘generous sensitivities of cohesion and continuities’. However, a history of Bastar’s inhabitants would have made this personal account richer, making it a valuable addition to the available literature on historical anthropology in India.