Inspired fiction on the mind of Shivaji 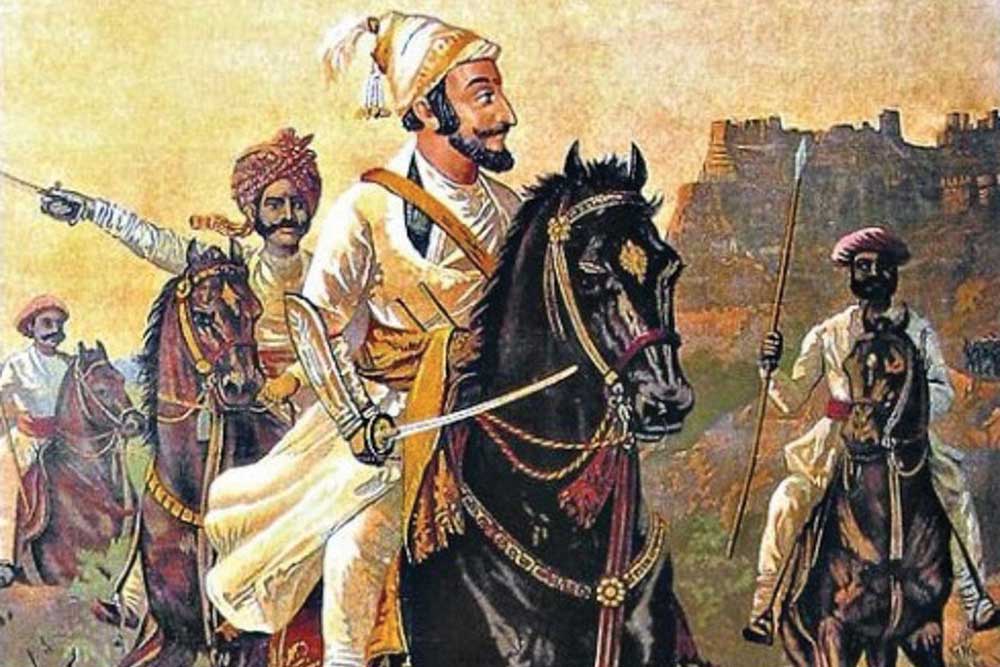 THE TROUBLE WITH biographies, particularly fictionalised ones, is their authenticity. At a time when every character, from Aurangzeb to Shivaji, are viewed more through boxed ideological windows than open facts, a new translation adds more questions than delivers answers. All through its 574 pages—most of them gripping, endearing and inspired, a few tedious—Shivaji: The Great Maratha gives the impression that it’s a biography, a history. But even though the detailing shows the work of a historian or a journalist, the book is classified under ‘fiction’. Respect to Ranjit Desai for impeccable research, and a literary debt to Vikrant Pande for translating a work that offers us a platform with which to situate this great hero, Shivaji Bhosale. But what do we take back as truth and what as story? I choose to look at it as inspired fiction.

As a text, the book goes into intimate details about planning and conquests, victories and failures, and uses the tool of storytelling to make a bigger point about public religion, private following and personal leadership. But underlying every story and supporting every idea—Swaraj, for instance—we get a slice of what the author and translator transcribe as Shivaji. There is no doubt that after reading this book, you will come out of this ocean of the past with gratitude that this hero of Maharashtra has finally been brought to life for the non-Maharashtrian reader. But equally, a sense of loss about how he has been hijacked by an emulative— but labelled—politics that does much in his name but little by way of action. To Shivaji, India was a canvas that needed to be freed from the Mughals; to politics, the same India needs to be sliced into narrower bits for ‘sons of the soil’. We know of Shivaji through present-day power structures, but little by way of the man, his leadership, heroism and politics. This book sets right that disequilibrium and returns to us another Indian hero.

Four powerful themes underline the story of Shivaji. First, valour, courage and patriotism. Right from his childhood, we see his restlessness with invaders, the compromises his father and others had to make in order to survive, administer and wait for the moment to rid themselves of Mughal shackles. Of even greater insight is the conflict of religion with invasions, convictions with realities. ‘Our deity Bhawani at Tuljapur has been destroyed and now (Afzal) Khan has despoiled Vithoba at Pandharpur. But has that stopped anyone from joining him? Look at Baji Ghorpade, Pandhare, Naik, Kalyanji Yadav, Zunzarro Ghatge, Prataprao More and my own step-uncle, Mambajirao Bhosale! Aren’t they our own family? But they have not bothered to support our religion,’ bemoans Shivaji. These conversations flow through the book, and force us to wrestle with two contradictions— the dharma of kings and the dharma of kingdoms.

The book goes into details about planning and conquests, victories and failures, and uses the tool of storytelling to make a bigger point about public religion, private following and personal leadership

Second, strategy and tactics. At its essence, Shivaji is the story of war for the Swaraj of a people from Aurangzeb and his generals. The Hindu-Muslim conflict is almost irrelevant. That is, even though the leaders of war are a Hindu and a Muslim, the war itself, as fought through generals and kings is mixed— while Shivaji had Muslim leaders (Daulat Khan as admiral, for instance), Aurangzeb nurtured Hindu fighters (the formidable Raja Jai Singh, one of the most brilliant strategists in the book and one who brought Shivaji down). On the battleground and functioning under the rules-free statecraft, religion has no place, only victory does. Desai makes it impossible to gauge whether the invasions of Muslim Mughals and the wars fought against them by Hindus were religious in nature or simply driven by personal ambitions, to which even Shivaji succumbed.

Third, the pride and ego driving Shivaji. Here, more than his personal traits, we get a sense that it is his will that led to results. Skill with arms, strategies, guerrilla tactics, and an inheritance of a kingdom are one part that make Shivaji the king. But finally, it is the force of his will and the power of his conviction that created Shivaji the legend. Highly emotional—his moving relationship with his mother Jijabai (she deserves another book)—you wonder how a leader can get swept away in the currents of what seems illogical and whimsical and yet retain his heroism. Whether it is good luck or blessings, or just the destiny that Shivaji had to play in this lifetime, there are more victories than losses, and Shivaji goes on from one battle to another, one setback to the next, all the while expanding his domain. The battle of 300 soldiers figures twice, and reminds us of Zack Snyder’s film by that name. But while the sacrifice of Baji and the massacre of his 300 men at the Ghodkhind gorge has been treated with an iconic spectacle and needs a full book to do justice, that of Shivaji’s ‘precious jewel’ and ‘lion’ Tanaji and his 300 men at Kondana is grossly underplayed. For Shivaji to command the loyalty of such men needed an ego that inspired, a will that impelled.

And fourth, faith. ‘Its strength is infinite. Like an ocean! I went to Agra knowing full well that I was entering the jaws of death,’ Shivaji says. ‘My men… never believed we would lose. The kingdom belongs to the Lord. It will survive the Mughal invasion. Even if it does not, the confidence I have given people as Shivaji will remain eternal.’ His reigning deity was Bhawani and while that could be merely an outer translation or a ‘religion’, it gave his body the strength, mind the concentration and his will the force to go about his invasions.

The book has its inspiring moments—Shivaji’s first flushes of victory, his despondency after losing to Jai Singh, the destruction of a Bhawani temple by Afzal Khan and his subsequent killing by Shivaji, the Shaista Khan episode, and so on—where Desai-Pande help us visualise 17th century struggles. Padmini’s escape by jauhar and the ‘thousands of Padminis who are silently tolerating these barbarous acts’ lights the initial fire for Shivaji. The clangs of ‘Har Har Mahadev’ clashing against ‘Deen Deen’ breathe life into the atmosphere. The rigidity of religion and his views on re-conversion display a liberal king. His personal view of marrying once, like Rama, but as a king finally having eight wives reflects how leaders were probably prisoners of their times. His death is poignant and has been dealt with with a sensitivity that moistens one’s eyes. But there are tiring pages that test one’s patience. Often, the author sacrifices the narrative at the altar of day-to-day life for its own sake.

Irrespective, Desai’s brilliance lies in being able to take a challenging character like Shivaji and broad themes like the Mughal conquest of India and making them human and accessible. He addresses big battles through individual valour, setbacks and treacheries, and extends them through related characters on a journey that’s not binary but has shades of grey. Desai’s Shriman Yogi has a strong and looming presence in Marathi literature and has influenced Maharashtra politics. With Shivaji, Pande brings that adventure, romance and heroism to the rest of us.

Stepping back, I see more regional literature being translated and reaching out to readers. What characterises it is a sense of reality of our country, a cultural foundation that is our inheritance, a diverse window into India, and a knowing that sits in our bones. And it is rich— SL Bhyrappa’s Parva and Aavarana in Kannada, Mahasweta Devi’s Breast Stories and After Kurukshetra in Bangla, or Shrilal Shukla’s Raag Darbari in Hindi, for instance. In that kaleidoscopic rediscovery of India, through complex colouring, Shivaji by Desai-Pande paints yet another picture.