Anindita Ghose: Waiting for the Light 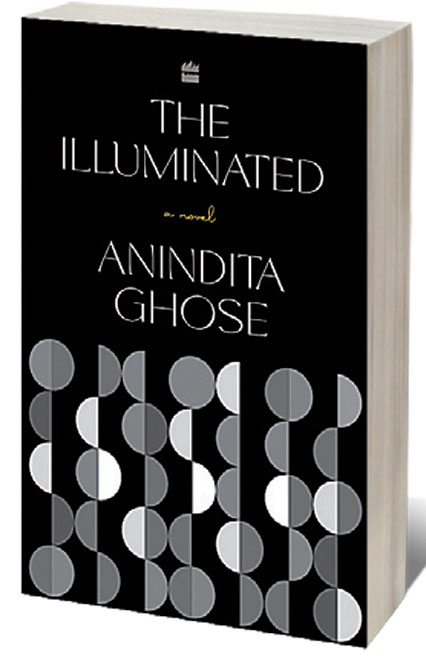 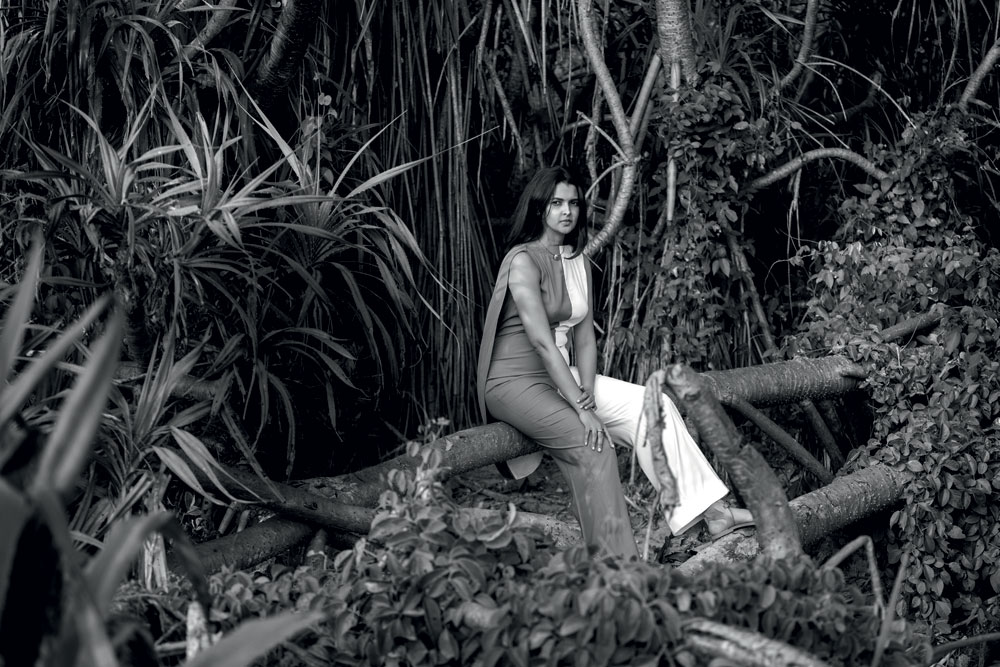 
FEW NOVELS BEGIN with the death of a pivotal character. Anindita Ghose’s debut novel, The Illuminated, (Fourth Estate; 312 pages; `599) draws the reader in from the moment the dynamic, award-winning architect Robi Mallick dies unexpectedly, and follows his family’s struggle to cope, especially his wife Shashi and his daughter Tara. Both are intelligent and strong women, but are forced to re-examine their lives after the loss of the man around whom their lives had revolved.

Tara is doing a PhD in Sanskrit at Mysore. After an unsatisfactory affair with visiting professor and noted Sanskrit scholar Amitabh Dhar, and a career disappointment, she takes a break to study at a retreat in Dharamshala. She is more affected by the academic setback than the relationship’s end. Shashi, on the other hand, is starting to realise how her husband, though loving and encouraging, dominated her entire personal space. She gradually becomes drawn to a political feminist movement, partly as a response to the growing success of a right-wing group that is slowly restricting the liberty of women.

The opening pages of the book show Shashi numbed by Robi’s death. “She’d no time alone in the past week. She wanted to make herself tea and sit at the kitchen counter and sip it slowly.” Ghose, 38, speaking from Mumbai in an interview with Open, explains it was this scene that led her to write the book. “It began with the image of a woman who has lost her husband, a towering and charismatic figure who defined the lives of those who circled him. But even as she grapples with the loss, all she wants is a cup of tea. The tea is everything she wants for herself. The death makes her appraise her life and her desires.”

The story grew from there. Ghose had always been interested in exploring how far women’s identities are defined by the men in their lives. In the book the repercussions play out differently for the two women.

Tara reacts to Robi’s death with more than her characteristic rage. Shashi’s response is more subtle, calmer, and more inflexible. Their emotions are compellingly portrayed, and the story segues smoothly between past and present. Being an accomplished writer, Ghose conjures an entire world with a brief description. Shashi recalls coming to Robi’s ancestral North Calcutta house as a bride, and living there with her husband and in-laws. “There were red oxide floors and green shuttered windows and a soap nut tree that grew out of the courtyard and spread out its branches, sharing its fruit with the world.”

The pace is deceptively slow and unusually absorbing for a debut novel, but then, Ghose was a journalist before she became a novelist. “I plan to write many more books, especially now that I know I can finish one.” A former editor of Mint Lounge and former features editor of Vogue India, Ghose has a MA from the Columbia University Graduate School of Journalism, New York, and was a Hawthornden Writing Fellow in 2019.

Her protagonists, defiant Tara and quiet, dutiful Shashi are complex, self-aware women who make unusual choices. Shashi, who studied comparative philosophy at Jadavpur but had subsequently been content to live in the shadow of her magnetic, successful husband, muses, “Hegel wrote about individuals straining against the inadequacy of their single actuality. But men seem to reveal no such struggle. They gain and acquire by habit.” Smart, self-confident and entitled Tara, suddenly torn from her father’s protection, seems at a loss.  She had revelled in her unusual choice of subject—especially for a brilliant upper-class Delhi girl—and her fierce desire to excel and push the boundaries of this discipline is evident when she thinks, “The idea of a handful of male university professors jealously guarding an ancient language seemed wrong.” Ghose explains, “Tara is a passionate and curious young woman and that leads her to the sensual world of Sanskrit poetry. She is also deeply intelligent, driven, and keen to prove herself, all of which is necessary to cross the choppy waters of Sanskrit grammar.”

Tara aims to be the foremost Sanskrit scholar in the world. This, says Ghose, is also born of her desire to be a non-conformist. She adds, “I see that desperation to be different in a lot of young, self-proclaimed feminists. Shashi’s non-conformism, on the other hand, is more subtle, bolder I think, but that’s ultimately for the reader to decide.” Shashi, otherwise, a stereotypical wife and mother, has an unusual job—teaching troubled juveniles.


I don’t believe art and fiction should have single moral conclusions. Then they are just documentaries, says Anindita Ghose, author

But such convenient binaries are all too often unthinkingly applied to women.  “There is the woman of the world and the domestic  woman. They are people who seem quiet and shy, but they still quietly make big decisions when you least expect it. Maybe within that placidity is a fire,” says Ghose.

Ghose herself has made unexpected choices.   “An undergraduate in media studies, which was a mixed programme, she didn’t really feel that she had had an education, so she did a masters in Linguistics and Semiotics from Mumbai University. “I felt it was a scientific way to look at the world.” “Ghose was influenced by sociolinguistics, where people go out and discover languages. “I thought it would involve travelling to the North-East Indian states to study languages, that there would be a lot of field work.” Ghose was blown away by the romance of it, but realised that the subject was much more technical than she thought. “I found that boring.”  When she graduated she was offered a job at the Times of India. “I thought I’d just try it out, but I enjoyed it,” she says.

It is apparent that her studies in linguistics led to her decision to extensively read the Sanskrit poets, and philosophers such as Hegel and Sri Aurobindo for the novel. “Reading Sanskrit for Tara was fun, reading philosophy, not so much,” she says with a laugh.

She draws on her background not only to create realistic worlds but also to create convincing characters. Her portrayal of her male characters is nuanced and insightful. Robi Mallick is a believably talented and interesting man, but it’s clear he took up all the energy in a room so to speak, especially as far as his wife is concerned. He expected her to revolve around him.

Similarly, Amitabh is a plausible figure—the celebrated academic from abroad who jets into a visiting professorship in India expecting adulation and behaves in an entitled way with women scholars. But Tara is not a victim in the relationship. “I was keen to have the men of the book not be cardboard villains,” Ghose explains. People can suffer because of insidious, invisible villains. Amitabh admires Tara professionally, and feels he is justified in his later actions. Ghose stresses, “I don’t believe art and fiction should have single moral conclusions. Then they are just documentaries. I think fiction is about where it leads you and the questions it brings to you.”

She adds, “Men don’t have to be evil to cause grievances in a woman’s life. Robi and Amitabh are a product of their times. Times are changing, and Tara is a symbol of that changing time.”

The Illuminated examines the choices women make but it is also a political novel. It chronicles the activities of a powerful right-wing group Mahalaxmi Seva Sangh (MSS), which intrudes into the lives of the characters, pushing conservative values and punishing transgressions. “I truly began to believe that some fiction should be speculative fiction to shock readers to see the truth. To hold a mirror to what is soon to come. Things happen so insidiously and slowly that one day you wake up and the world has changed.”

The structure of Ghose’s novel is deliberately crafted. The chapters follow the phases of the moon, as the characters find their illumination—hence the title. Tara and Shashi in the wake of their loss reject the easy conventional choices, “It’s about women achieving their full realisation or full light.”