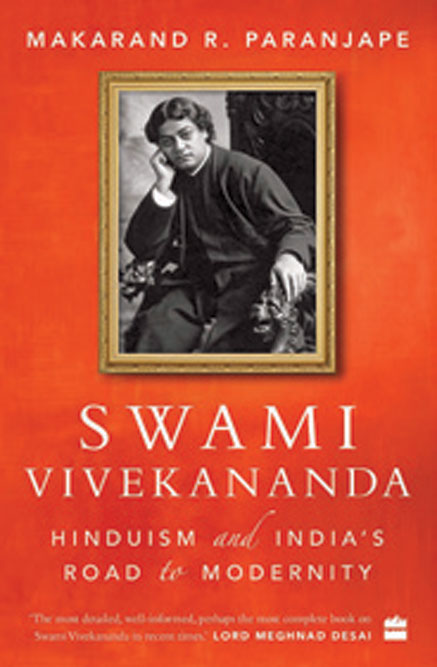 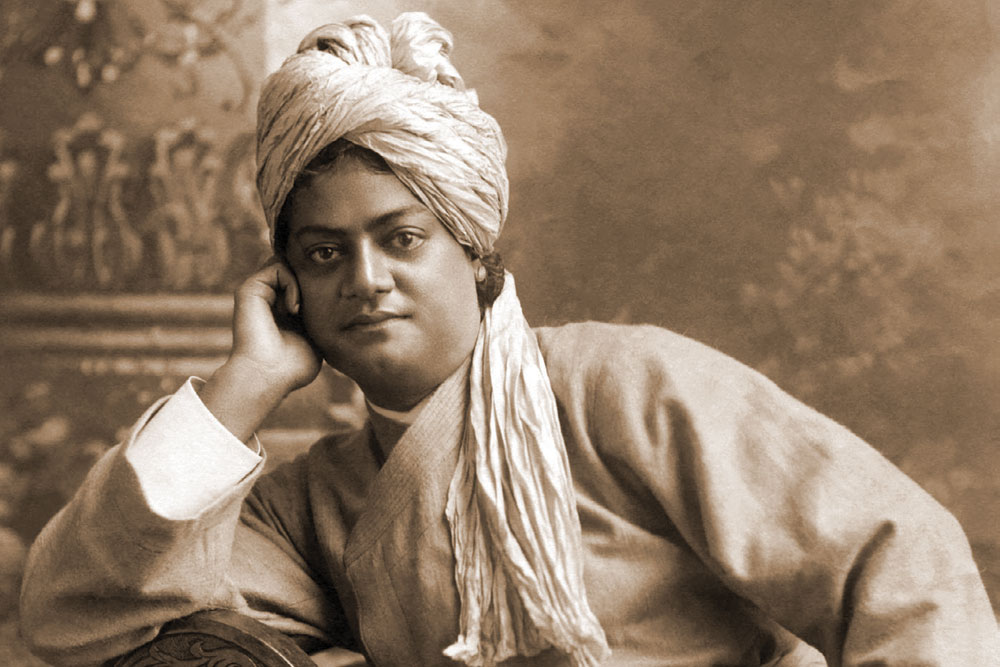 
NOTED PHILOSOPHER, Alfred North Whitehead once wrote that when we consider the influence of science and religion in our world, ‘it is no exaggeration to say that the future course of history depends as to the relations between them.’ That is why Swami Vivekananda’s views on science are of contemporary interest. He was not a scientist. Moreover, what was regarded as science in his time little resembles what we understand by it today. Vivekananda’s own understanding of natural sciences was shaped by the Newtonian, mechanistic paradigm that prevailed in the nineteenth century. The building blocks of our current understanding of the world are fundamentally at variance with that view. Yet a critical analysis of the current debates not just in science but also in religion leaves one in little doubt that Vivekananda’s insights are significant to this day.

It is well-known that Vivekananda was a monk who established a new religious order in the name of his guru, Sri Ramakrishna. He also achieved international renown as a teacher of Vedanta and Hindu spirituality. But that he was also deeply involved in science is not as well-recognized. One indication of this abiding interest is the fact that the word ‘science’ appears in his Complete Works over 300 times. This gives us some idea of its importance in his life and thought. But few have noted how he made it one of his life’s missions to open a dialogue between science and religion. It is as the progenitor of such a dialogue that this piece would like to consider him. That is more productive than trying to establish him as a scientist or credit him with foretelling or inspiring developments in modern physics, as many have sought to do. Indeed, it is commonplace to claim that Vivekananda anticipated the theory of relativity and quantum mechanics.

But while such claims may be hard to accept in toto, his role in the science–religion dialogue is particularly worth examining. Indeed, what makes his intervention so significant is the manner in which he intertwined the science–religion dialogue with his other major preoccupation, a dialogue between religions. It is by looking at these two interventions in mutually interconnected and coherent ways that we may better appreciate how unique and noteworthy his impact was.

In the last nine years of his life, from his stellar debut at the Parliament of World Religions in Chicago in 1893 to his death in 1902 before he was forty, Vivekananda left a substantial record of his engagement with the science of his times. In fact, we might go so far as to contend that an important historical point of reference, particularly from an Indian perspective, in the science–religion dialogue is the brief but spectacular career of the Swami.

What is more, this engagement went hand in hand with his pioneering contribution, now quite well-recognized, in the interfaith movement. Perhaps, no one else so combined and intertwined, like a double helix, these two priorities—the inter-faith and the science-religion dialogues—as Vivekananda did. That is because he regarded religion, in its purest sense, as a kind of science of the spirit, an uncompromising pursuit of truth. His impassioned call to end religious intolerance and fanaticism at the end of his first, path-breaking address at the Parliament left no one in doubt of his intentions: ‘I fervently hope that the bell that tolled this morning in honour of this convention may be the death-knell of all fanaticism, of all persecutions with the sword or with the pen, and of all uncharitable feelings between persons wending their way to the same goal’.


Vivekananda considered the scientific method a legitimate way to discover reliable knowledge, especially about the external, material world. By the same token, he considered the time-tested experimental and experiential methods of spirituality, such as the four Yogas, valid ways to discover truths about ourselves and the higher realms of consciousness

For Vivekananda, the axis of both dialogues, between different religions and faith-communities on the one hand, and between religion and science on the other was the struggle between truth and dogma.

He considered the scientific method a legitimate way to discover reliable knowledge, especially about the external, material world. By the same token, he considered the time-tested experimental and experiential methods of spirituality, such as the four yogas, valid ways to discover truths about ourselves and the higher realms of consciousness: ‘Yoga is the science that teaches us to bring the Chitta under control from the state of change. The Chitta is the stuff from which our minds are made and which is being constantly churned into waves by external and internal influences’. Elsewhere, in ‘Six Lessons on Raja Yoga’, he adds, ‘Raja-Yoga is as much a science as any in the world’.

This non-dual, trance-like state of samadhi, which he witnessed in his master Ramakrishna, and also experienced himself, was to him the ultimate proof of the truth of the wisdom traditions that religions symbolized, when stripped of their organized creed and rituals.

Vivekananda’s according higher epistemological value to such experiences, liable to be considered ‘subjective’and unreliable by both religious traditionalists and modern scientists, earned him the epithet ‘neo-Vedantic’. In his class notes on ‘Religion and Science’, he went so far as to say, ‘Experience is the only source of knowledge’. But the valorizing of experience over authority was only one of the several approaches that he adopted to make religious experience accountable, verifiable, experimental and thus closer to the methodology of modern science. Vivekananda also believed that just as science had its methodology, so did religion: ‘All
science has its particular methods; so has the science of religion’.

It was only because religions as often practised in their distorted form did not follow this method that so much religious conflict ensued. He declared, ‘No one form of religion will do for all’; religious pluralism should thus be the basis of interfaith dialogue as well as sanction an individualism in faith that could end dissensions: ‘If each man chose his own ideal and stuck to it, all religious controversy would vanish’.

Just as religion over a period of time degenerated into superstitions and beliefs, science too had its own share of distortions and false accretions. As he put it quite bluntly in his lecture, ‘The Cosmos: The Microcosm’, delivered in New York on 26 January 1896, ‘In place of ancient superstitions they have erected modern superstitions, in place of the old Popes of religion they have installed modern Popes of science’. That these were his considered opinions, held over several years, is attested by K. Sundarama Iyer’s reminiscences of the Swami’s visit to Thiruvananthapuram, Kerala, in December 1892 before embarking on his voyages aboard. Vivekananda was reported to have said, ‘If religion has its superstitions science has its superstitions too.’ His criticism of the ‘superstitions’ of science, however, led him to the idea that scientific hypotheses were subject to repeated testing before they were established: ‘But I must ask you to bear in mind that, as there is religious superstition, so also there is a superstition in the matter of science. There are priests who take up religious work as their speciality; so also there are priests of physical law, scientists. As soon as a great scientist’s name, like Darwin or Huxley, is cited, we follow blindly. It is the fashion of the day. Ninety-nine per cent of what we call scientific knowledge is mere theories. And many of them are no better than the old superstitions of ghosts with many heads and hands, but with this difference that the latter differentiated man a little from stocks and stones. True science asks us to be cautious. Just as we should be careful with the priests, so we should be with the scientists. Begin with disbelief. Analyse, test, prove everything, and then take it. Some of the most current beliefs of modern science have not been proved. Even in such a science as mathematics, the vast majority of its theories are only working hypotheses. With the advent of greater knowledge they will be thrown away’.

A scientific theory is considered true only as long as it is not falsified. If religion were to follow the same course, it might not only be more rational but more accountable to truth, which, according to Vivekananda, would be its only fail-safe standard

Here, Vivekananda is citing a characteristic of science, which later came to be known as ‘falsifiability’. A scientific theory is considered true only as long as it is not falsified; once better explanations and knowledge are produced, older ideas and beliefs are discarded. If religion were to follow the same course, it might not only be more rational but more accountable to truth, which, according to Vivekananda, would be its only fail-safe standard.

Both science and religion, thus understood, might serve the common cause of truth and service of humanity. For Vivekananda, purely materialistic science alone would not lead to human progress or elevation. In his letter of 28 April 1897 to Mary Hale, he said: ‘Material science can only give worldly prosperity, whilst spiritual science is for eternal life. If there be no eternal life, still the enjoyment of spiritual thoughts as ideals is keener and makes a man happier, whilst the foolery of materialism leads to competition and undue ambition and ultimate death, individual and national.’

The two pursuits needed to be balanced to produce true well-being.

Vivekananda was aware of the destructive power of modern science which, without self-knowledge and spiritual wisdom, might become a source of oppression and violence. The ancient Indian rishis could have discovered ‘sciences that can give us only bread and clothes and power over our fellowmen, sciences that can teach us only how to conquer our fellow-beings, to rule over them, which teach the strong to domineer over the weak’, but instead focused on ‘Anubhuti, realization’ as the desideratum of life. He wanted India itself to be constituted by ‘gathering up of its scattered spiritual forces’. Not only were both science and religion quests for truth, they also had a common objective. They were in search of the underlying unity beneath and beyond the appearance of diversities: ‘All reasoning ends only in finding Unity; so we first use analysis, then synthesis. In the world of science, the forces are gradually narrowed down in the search for one underlying force. When physical science can perfectly grasp the final unity, it will have reached an end, for reaching unity we find rest. Knowledge is final’.

Vivekananda asserted that ‘the final unity which is alike the goal of science and religion’ would also bring all progress to an end.

(This is an edited excerpt from Makarand R Paranjape’s Swami Vivekananda: Hinduism and India’s Road to Modernity)