A rare look into the everyday life of the last Mughals 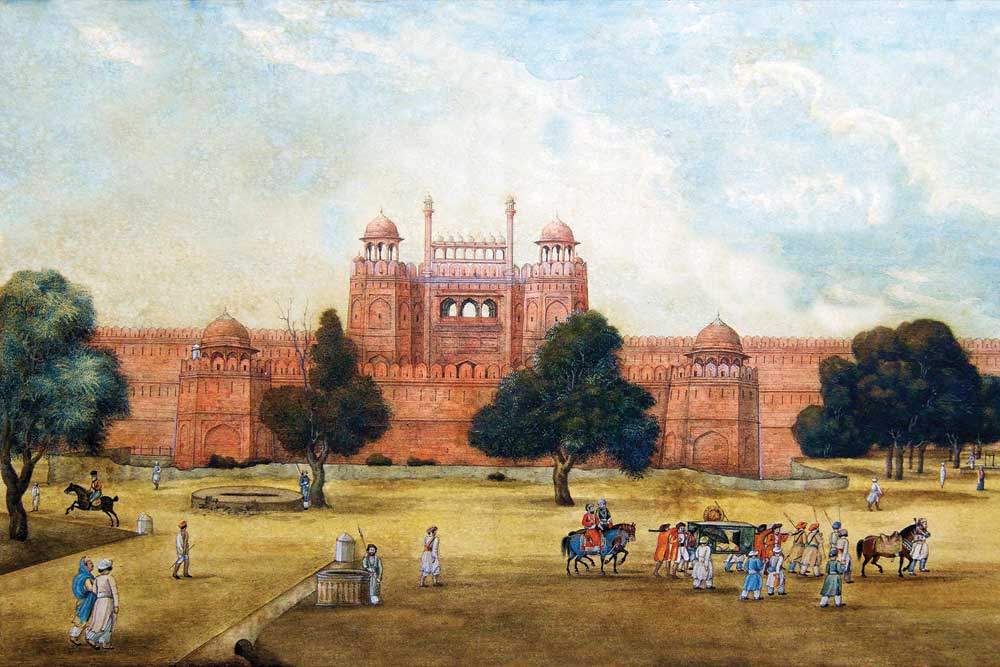 THOSE WHO SEEK to know the history of Delhi in the 19th century must overcome what is a major obstacle for most Indians today—an unfamiliarity with Urdu. Since this was the language of the city in the 19th century, this lack of familiarity leads one to rely almost exclusively on sources authored by the British who ruled Delhi. It goes without saying that this leaves us with a very skewed perspective of the history of the city. Apart from the generally complex colonial relationship, there were points at which the Indian people and the colonial state faced each other in sharp conflict—such as the Revolt of 1857— and contradiction. Necessarily, one can expect accounts from opposing sides of the divide to tell different stories. Our understanding is bound to be woefully incomplete, unless we take the trouble to read both versions, the British and the Indian.

The fact, however, remains that Urdu, particularly its script, is understood by a small minority today, which puts these important sources of history out of the reach of most. It is therefore heartening to see an effort being made to make Urdu texts accessible through translations. The selection in City of My Heart by Rana Safvi focuses particularly on the Mughal royal family during the reigns of the dynasty’s last two emperors, Akbar II and Bahadur Shah ‘Zafar’. This volume features four separate works translated into English, three in their entirety and the fourth as a large extract.

The result is a fascinating look into little known aspects of Delhi’s history: the customs, traditions, language, and beliefs of the Mughal royal court and family, and even the personal histories of some of its less known members. These texts are important cultural documents, recording for posterity the details of an institution that disappeared forever in 1857 with the exile of Bahadur Shah to Burma, and the deaths or exile of the extended royal family, which, till September 1857, had lived in the Red Fort.

The texts offer a rare look into the details of the everyday life of the extended household of that period’s Mughals. We are told of the food, clothes, ornaments, furniture and vehicles used by different groups of individuals at particular times. We learn of the formality and etiquette associated with the durbar—when the emperor held court, either within a larger assembly or even within the seclusion of his own household. The daily and seasonal routines of the family, particularly the emperor, are described. The reader will enjoy detailed descriptions of varied festivals and other socio-religious observances within the Red Fort, such as the two Eids, Moharram, Diwali, Dussehra, Holi, Raksha Bandhan, the Persian New Year or Nauroz, and the little known Akhri chahar Shanbeh—literally, ‘the last Wednesday in the month of Safar’. The sheer variety confirms the impression that the Mughals subscribed to a very eclectic mix of beliefs and practices.

There is no denying the value of these texts, and hence their translation, to those interested in the history of Delhi. Yet, it is wise to stay alert to their limitations. The first two texts in the volume have a considerable similarity in content—a detailed documentation of the Mughal court, culture and household. The older of the two, Bazm e Aakhir, was published in 1885 and was written by Faizuddin, who had seen the Mughal court at close quarters. The later one, Dilli ka Akhri Deedar, was published in 1934, and according to its author, Wazir Hasan Dehlvi, was based on older books and the oral testimonies of those who remembered those times. One suspects, however, that few of these would have been first-hand. There would have been very few people alive in 1934 with memories from before 1857.

What both share is a curious silence about the British presence in Delhi and indeed within the Red Fort itself during the period they talk about. Daily interactions of the emperor and royal family with representatives of the British East India Company are attested to by sources such as original court diaries and newsletters of the time. This silence in the older work is probably explained by the fact that it was written less than three decades after the Revolt and its harsh suppression by the British. People were still too fearful to even speak on a subject that may be controversial: that is, Mughal-British relations. At the same time there was a desire to document an institution, Mughal royalty, which had disappeared forever, and whose culture had to be documented especially for the benefit of a younger generation that was born or came of age only after 1857.

As for Dilli ka Akhri Deedar, its motivations were very different. It was written at a time when India’s Freedom Movement was at its zenith, and the author used his account of the Mughal court mainly as a medium to critique British rule. Critical comments are sprinkled through the text, ostensibly through the voice of a certain old lady, Aghai Begum. One strongly suspects, though, that this was a literary device used by the author to express his own opinions. For instance, the old lady complains, ‘Everyone is struggling to earn a livelihood and to live a decent life in these expensive times… we produce the grains, and others enjoy it…. Earlier whatever was produced here was consumed here.’

If this is supposed to serve as a comparison betweenAghai Begum’s memories of the last two Mughal emperors’ reigns and life in Delhi of the 1930s, there is a definite weakness in the argument. The era of Akbar II and Bahadur Shah was not that of the Mughal Empire, but of East India Company’s rule. The pertinent part of the lady’s remarks is not her comment on the peace and prosperity of Mughal times, but her criticism—which is actually the author’s—of British rule.

The other two works in the volume are ‘Arsh’ Taimuri’s Qila-e-Mu’alla ki Jhalkiya’n, published in 1937, and part of Khwaja Hasan Nizami’s Begamat ke Aansu, circa 1920. These give many more details about individual members of the royal family, and in the latter case, particularly their fate after the Revolt of 1857 was put down. They provide specifics that may not be found in other sources. Nevertheless, we must allow for a fair degree of romanticisation in their writing, though there appears to be less of a political intent than in the account of Wazir Hasan.

Arsh Taimuri and Hasan Nizami, like Wazir Hasan, relied on the memories of an older generation for their accounts. For people who had lived through 1857, the view of the period before it was always refracted through the prism of the traumatic events of the Revolt. Those who survived often lost loved ones, property, and livelihoods. To them, the world before 1857 was an idyllic one populated by all that they had now lost. It should not surprise us that to some extent at least, they describe an overly rosy, idealised scenario.

There is no doubt that these texts give us valuable insights into the cultural milieu of the Mughal world just before 1957, incorporating a wealth of description that cannot be found in other sources. At the same time, we should be aware of the political and social contexts in which they were written, and how these circumstances may have affected the picture they drew of the past. In that sense, they provide an insight into their own times as much as they do into royal life in the last days of the Mughal Empire.