The Two Faces of Bishan Singh Bedi In a country where biographies are akin to hagiographies, Suresh Menon’s book on the spin bowler is refreshingly objective 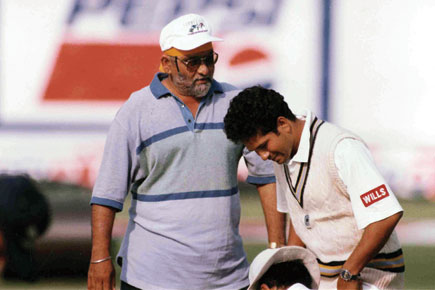 The Two Faces of Bishan Singh Bedi  In a country where biographies are akin to hagiographies, Suresh Menon’s book on the spin bowler is refreshingly objective


Good cricket biographies are rare. This is more so in India where such efforts end up becoming statistical databases and a glowing tribute to the individual. Such uncritical assessments have little value for posterity and don’t merit a place on an analysts’ shelf. Suresh Menon’s biography of Bishan Singh Bedi is an atypical biography in that sense. It is objective, candid, witty and critical and helps locate Bedi in India’s cricket history in ways that leave the reader satisfied and also yearning for more.

Bedi can never be understood without analysing his contemporaries, the three other stalwarts of India’s famous spin quartet, and Menon knows this truth more than anyone. By analysing their feats and failures and their strengths and also their flaws alongside Bedi’s, Menon has successfully presented an objective assessment of Bishan Bedi the player, Bedi the man, Bedi the public image, Bedi the private individual and Bedi the rebel.

You need to know Bishan Bedi well to fully comprehend the complexities of his character as highlighted by Menon. On one hand, he upholds ‘the spirit of the game’, and on the other, he refuses to listen to his captain if asked to bowl flat—as happened during India’s tour of England in 1974. In cricket, one of the first things a youngster is told is to walk if judged ‘out’ by the umpire and listen to his captain even if he is wrong. While Bedi always insisted on upholding the spirit of the game, he felt he was well within his rights in violating his captain’s diktat during the tour of England. Such contradictions make up Bishan Bedi’s colourful personality.

In an age when most players are pompous and keen to brag about their achievements, it is a pleasant surprise to note that Bedi had never consciously set out to play for India, leave alone captain the team. He is modesty personified when he says “things just happened”. Only if you know Bedi well do you realise this is the absolute truth.

A man who has repeatedly suffered for calling a spade a spade, Bedi could never turn a diplomat in his life. And this, more than anything else, is his eternal charm.

Menon is on the money in highlighting Bedi’s singular commitment to the game and it is no surprise to hear that Bedi cried all day when Dhruv Pandove, one of India’s best talents, passed away at 14 or that he allowed a youngster to stay at his own home because he did not have the money to pay for accommodation in Delhi. The very same man was crude, brash and aggressive when he was the key mover behind Match ka Mujrim (criminal of the match), a television show that transformed satellite television programming on cricket in India.

The way the narrative develops, we almost come to expect Bedi’s troubles. He is difficult to deal with and it is no surprise that he had fallouts with almost everyone he got close to. But in all this, the one thing that stands out is his talent with the ball. Menon is right in comparing Bedi with the very best, though such a comparison, as the author says, is futile and has little basis in fact.

In what is a first-rate biography, though, there are too many repetitions. That the BCCI had agreed to the English Board’s suggestion of limiting the number of fielders on the leg side during the 1974 tour is mentioned at least three times in the book. This is only one among many such repetitions that break the flow of the narrative.

Such minor problems notwithstanding, Bishan: Portrait of a Cricketer is an extremely valuable addition to the growing corpus of literature on Indian cricket and it will, I am sure, set the tone for many more fascinating biographies in the future by the same author as well as by others. Just as Bedi’s name always comes up while discussing India’s best, so too will Menon’s book in discussing the best Indian cricket books/biographies of all time.