The Truth Serum: Why Do We Lie?

Exploring the mystery through digital data 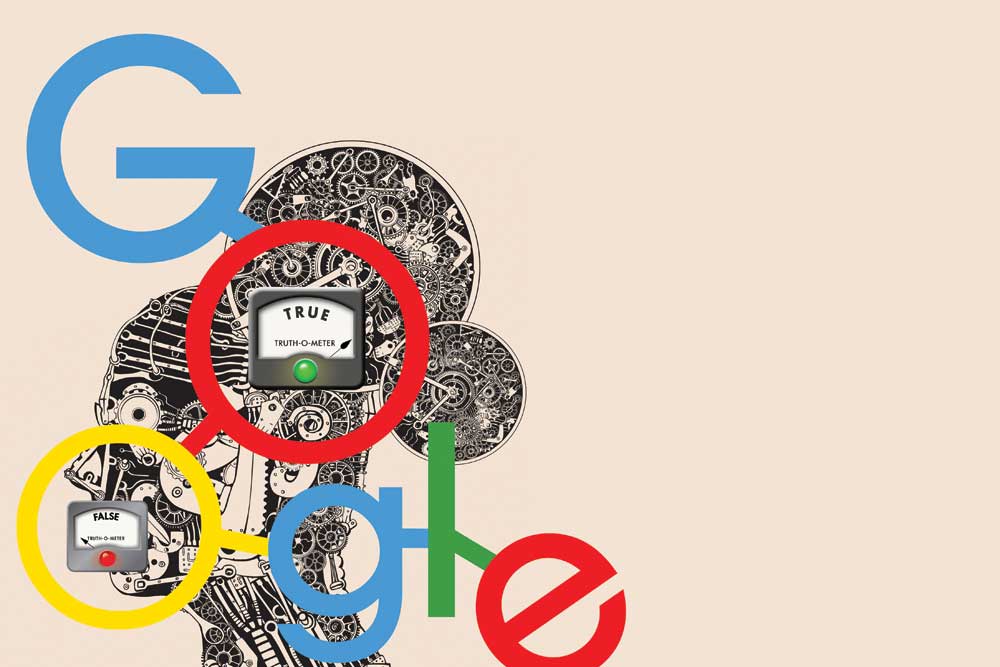 IN THE BOOK What do Women Want? Adventures in the Science of Female Desire (2013), author Daniel Bergner details the work of Canadian sexologist Meredith Chivers. Chivers was on a mission to ‘obliterate the civilised world’ when it came to the subject of women and sex. She would need to surpass indoctrinated ideas of sin and convention, propriety and decency, to get into the heads of women, to peek into the brain of a proto-human. She wanted to learn what excited women at a physiological and visceral level. In her lab, using a plethysmograph, she tried to get past the ‘obfuscations of the mind, the interference of the brain’s repressive upper regions, and to find out, at a primitive level, what turns women on’. Her research revealed the scope of women’s desire in all its ‘inherent range and innate power’. Using science, she proved that conventional notions—such as women wanting only emotional intimacy and safety—are just short of bunkum. Her experiments show how the assumption that ‘female eros is much better made for monogamy than the male libido, is scarcely more than a fairy tale’.

While Chivers had to take her subjects to the lab, economist and former Google data scientist Seth Stephens-Davidowitz had a lab at his fingertips. Ploughing through terabytes of information, he has used internet searches to reveal what men and women really want; not what they say they want, not what they pretend to want. His first conclusion is that everybody lies. We lie to our friends and family, our spouses and partners, doctors and surveys, and of course, we lie to ourselves. We lie not only about topics typically cloaked in ‘shame’, such as sex, or sensitive issues like race, but even innocuous subjects. For example, a survey reported 67 per cent of respondents said they had given to charity, when only 33 per cent had done so. We lie about everything—from our philanthropy, to the movies we want to watch, to the candidates we will vote for, to how much sex we have in our marriage.

Companies have also caught on to our propensity to preen, posture, and essentially fib. Netflix, Stephens-Davidowitz writes, learnt early, ‘don’t trust what people tell you; trust what they do.’ At first, users could queue up movies for the future, a wish list of films they wanted to watch, but couldn’t immediately. Netflix, however, noticed that the list remained like a medallion on the mantelpiece, untouched and pristine. We viewers were constantly lying to ourselves. Our list might boast of Kurosawa and Bergman, but finally all that we end up watching is The 40-year-old Virgin. To beat us at our own lies, ‘the company began greeting its users with suggested lists of films based not on what they claimed to like but on what the data said they were likely to view. The result: customers visited Netflix more frequently and watched more movies.’ A win-win for both parties.

The Google search bar is essentially our very own ‘Dear Diary’, the one safe space we believe exists beyond the panopticon. (Over time we have realised that while the internet does provide anonymity, it is not free from surveillance. Stephens- Davidowitz writes that there is evidence that after Edward Snowden’s revelations on government spying, people are less likely to make sensitive online searches.)

In his debut book Everybody Lies: What the Internet Can Tell us About Who We Really Are (Bloomsbury; Rs 499; Pages 338) Stephens-Davidowitz reveals some shockers but confirms what we always knew. The New York Times op-ed contributor writes, ‘The everyday act of typing a word or phrase into a compact, rectangular white box leaves a small trace of truth that, when multiplied by millions, eventually reveals profound realities.’

This is the kind of book that makes for excellent conversations, bits and bobs of which you will want to share with friends and family. While it is packed with nuggets, it is never pontifical or overbearing. Reading it feels like you are in the company of a wisecracking nerd, whose segue into conversations is ‘Did you know…?’ But the effortlessness of the text did not come easily, as some chapters took 60 drafts before the author decided it was ready.

“Searches for depictions of women breastfeeding men are four times higher in India and Bangladesh than in any other country.I’d like to learn more about this fetish” – Seth Stephens-Davidowitz

It does not seem too outrageous to consider digital data as the telescope of today. In The Seventh Sense: Power, Fortune and Survival in the Age of Networks (2017), Joshua Cooper Ramo writes that today we are witnessing a ‘new instinct’. ‘If Nietzsche’s Sixth Sense was tuned for a world of changing industrial power, the Seventh Sense is meant for our new age of constant connection. Centuries from now, our great-great grandchildren will look back at our age and name it, as we have named the Enlightenment. Perhaps they will call this era the “Great Connection” or the “Great Enmeshment” or some such.’

If this book is rich in big reveals, it also affirms certain hunches, ‘Men Google more questions about their sexual organ than any other body part: more than about their lungs, liver, feet, ears, nose, throat, and brain combined.’ He then poses the crucial question, ‘Who is more sexually generous, men or women?’ As data analysis proves, women—duh. He writes, ‘I estimate the ratio is 2:1 in favor of women looking for advice on how to better perform oral sex on their partner. Men make as many searches looking for ways to perform oral sex on themselves as they do how to give a woman an orgasm. (This is among my favorite facts in Google search data.)’ When I express my shock at this revelation, he says it only shows that men are deeply insecure and also kind of selfish.

The book also affirms suspicions which we might have harboured, but hoped would be proved wrong. Parents are two and a half times more likely to ask, ‘Is my son gifted?’ than ‘Is my daughter gifted?’

Stephens-Davidowitz first appeared on the radar of those like former Treasury Secretary of the United States Lawrence Summers because of the ‘map of racism’ he had created in 2012, using Google searches, to study the role that Barack Obama’s race played. He writes, ‘In parts of the country with a high number of racist searches, Obama did substantially worse than John Kerry had four years earlier…Racist searches did not predict poor performance for any other Democratic candidate. Only for Obama.’ If digital data tells us about our sexual proclivities, it also reveals the truths about hate and prejudice. When it comes to negative words used against different ethnic groups, African Americans are the only group accused of being ‘rude’, and Muslims are the only one stereotyped as terrorists.

If Stephens-Davidowitz views online searches ‘as a sort of digital truth serum—hence our ability to uncover a widespread fascination with incest,’ then Facebook is quite the opposite. If on social media, the top ways people describe their husbands is ‘the best’, ‘my best friend’, ‘amazing’, ‘the greatest’ and ‘so cute’, the searches tell us a whole different story. The top searches for husband include—gay, a jerk, amazing and annoying. He does not believe that the internet has changed human nature in a significant way, but it has given us data on behaviours that have always existed. He says in the interview, ‘People have always showed off to their friends. They have always taken too many pictures of their babies. But now we have data on just how frequently people do it.’

Having spent five years dwelling in the world of our data and unearthing our secrets, Stephens-Davidowitz has learnt new truths—for one, don’t let Facebook make you miserable, your friend’s lives really aren’t that perfect. He also tells us what we have known all along: lives are messy and we are all messed up.