The Thrill of Discovery

Pranay Lal gives us the lens to look at India afresh 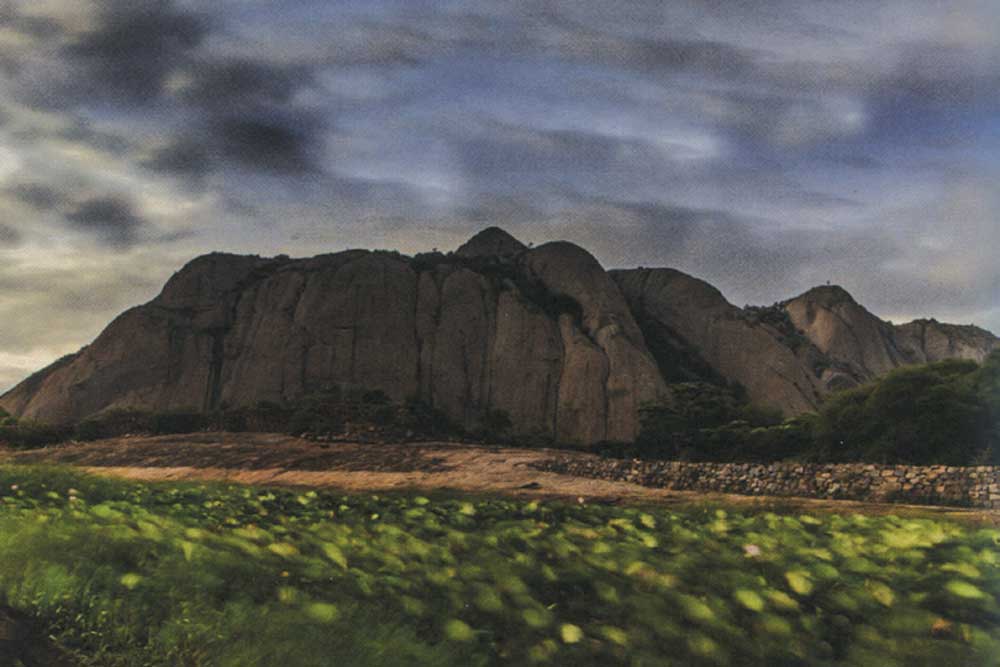 WRITING IN Nautilus, the popular science magazine, last summer, the freelance writer Shruti Ravindran bemoaned the widespread resource illiteracy in India among lay persons and decision makers alike about India’s astonishing geo- diversity. Now, while ‘biodiversity’ refers to extant creatures great and small, ‘geodiversity’ is about the rich variety of fossils of the past that lie buried under rocks and stones. India’s coal mines and highways are chipping away at or paving over a rich fossil record that might yield deep insights into how life evolved over the aeons. In particular, Ravindran wrote of the key events that led the ancestors of whales from the land to the sea, a journey key staging points of which lay along the west coast of what is now India.

Well, there is now a book that is both a visual delight and treat to read that will awaken us to the deep, aeons-old natural history of the lands that now make up the Subcontinent of India. Pranay Lal takes us on journeys across landscapes and waters at once most familiar and yet unknown. Again and again, he shows how the places we think we know conceal a rich vein of history that unfolded here as life evolved, adapted and colonised the lands, the waters and the air above.

Taking off from an analogy of the 4.6 billion-year-old planet earth as a 46-year-old woman, he reminds us of how just transient we are as a species. Homo sapiens arose as a distinct species barely four hours ago, on such a time map. Even this happened due to a mix of circumstances, the extinction of several competing hominids such as Homo erectus occurring even earlier than the dying out of several mega mammals, and it led eventually to the ability of some of our ancestors to move, adapt and survive a range of places beyond their point of origin in Africa. Yet, so small is the genetic gap with many ape species, our not-so- distant cousins—as little as 0.3 per cent with the chimpanzee—that we are not quite so apart from other life forms as we imagine in our conceit.

Where Lal stands out is the way he gives us a lens to look at India afresh. The Nandi Hills near Bengaluru are a remnant of rocks called the Dharwar Craton that is 3.5 billion years old. We live in a subcontinent where a journey of less than 3,000 kilometres can take us across a span of three billion years.

Stories tie in events in the history of land with those who put the plot together. Take the case of palaeontologists Ashok Sahni and Vijay Mishra. In 1975 in Harudi, a village in Kutch, Gujarat, they unearthed whale fossils that lay alongside those of grazers like rhinos and pigs. These graveyards of whales provide a small window to the amazing evolutionary journey of which the giant mammals of today are the result.

Some 40 million years ago, herbivores and carnivores somewhat familiar to us dominated north India. The author guides us to Nahant near Ambala and onwards to the exquisitely named Kala Amb or ‘black mango’ village. Thirty million years ago, there was an explosion of variety. Among the inhabitants of Shivalik hills: ‘a giraffe on steroids’, the 20 tonne heavy Baluchitherium. Early big cats included the great Megantereon; over 150 kg, it was a scourge of grass eaters and primates alike.

Indica is embellished with maps, illustrations and photos and a delight to simply leaf through. Lal has the depth of a scholar but the book has the thrill of a detective novel. It is ironical that these treasure troves of fossils are being taken apart just when we are learning so much from them. If the work serves as wake-up call, it will have been more than an epitaph to our deep past.