India’s China Challenge: A Journey Through China’s Rise And What It Means for India Ananth Krishnan
HarperCollins
420 pages | ₹ 599 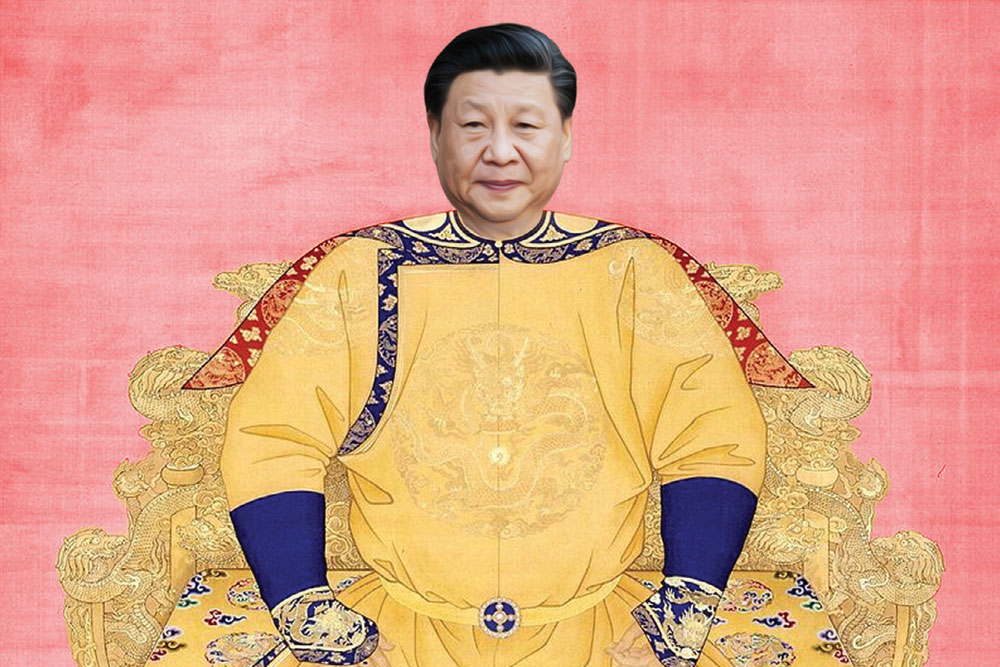 
FOR ANYONE WHO has lived in China, Ananth Krishnan’s motive to write this book evokes a familiar feeling—the China one hears about in India is nothing like the China one has experienced. This book is a welcome, timely and high-quality addition to the tiny shelf of books by knowledgeable Indians about the real contemporary China and sets the bar very high for any book on China that might follow. This in itself makes the book valuable, for it offers a portrait of China’s complexity and development that is much more than the media trope of a militarised security state out to establish world dominion to include its frailty, social complexity and the diversity of opinion in China that strikes anyone who lives there and speaks the language as Krishnan does.

The book frames the issue well in the title itself as ‘India’s China Challenge’. China is a challenge for India because it is part of our problems and also part of the solution to those problems. It then proceeds in six sections—on politics, economy, diplomacy, history, frontiers and portraits—to reveal the complexity that is China today. Each section contains detailed chapters on aspects of the issue. For instance, in ‘Politics’ the book examines the rise of Xi Jinping, the role of ideology in China today and the challenges of running a one-party state. Based on extensive interviews, there is a freshness and immediacy, backed by considerable scholarship in each section.

Krishnan had good timing. He was in China from 2008 to 2018 and subsequently during the Covid-19 pandemic and spent time in Hong Kong recently. He went to China at a time when it was at its most open, relatively speaking, not the friendless, closed and ideologically tight, security-obsessed party-state that is today’s project—a project that is meeting with partial success in my opinion. He was able to meet and talk to Yang Jisheng, Mao Yuzhi and others of the non-official persuasion. This is no longer easy or possible. It is also testimony to Krishnan’s energy and dedication that he did so, not only meeting people but also accessing the Chinese Ministry of Foreign Affairs archives on 1962 and India during the brief period when they were opened and before they were redacted. He has travelled to most of China—including to the politically sensitive parts. His enterprise comes through on every page of this book. And the book benefits from the journalist’s healthy scepticism of what the state tells him. The picture of China that he paints includes both achievements and failures, warts and beauty marks.

The book is insightful on several levels. For instance, he argues that the Belt and Road Initiative, Xi Jinping’s signature initiative, has taken reform in China away from the market to the state-owned enterprises (SOEs); he describes how China uses her history; how different the Chinese system of lao-gai or reform through labour and its modern variants are from the Soviet gulag; on Bo Xilai and the new left in China—which must now include Xi Jinping—SOEs, ideology and the party role.

In addition to the detailed picture of a complex China, the book has a second great value. It is by an Indian, from an Indian point of view. It also does not overdo the comparison between what are becoming two increasingly different societies and economies as our paths diverge. Nor does this book fall into the recent trope of breast-beating and moaning or whining by some Indian writing on China in the media. Here too he is insightful: comparing corruption in India and China, retail in one and wholesale in the other.

In my experience, the Indian image of China takes about 10-15 years to catch up with Chinese reality. The reverse is also true. The Chinese image of India is also far from the reality we live. India and China have a long history of misreading each other, from the 1950s onwards. This book is the exception in that it is an accurate account of where China is and where India stands vis-à-vis China today. As China gets more ambitious and nationalistic and views itself as a regional hegemon, the consequences for the India-China relationship, and for the subcontinent and the Indian Ocean region, are increasingly evident, posing the difficult challenge of the title.

The chapters on India-China relations are well worth reading for they trace the history and recent developments in the relationship and go a long way to explaining why the relationship is now in crisis. Chapter 8, especially, is the core of his argument. It traces the eroding convergence between India and China which has changed the strategic framework which kept the relationship relatively stable between 1988 and 2012. Reading Krishnan’s account of the Modi-Xi meeting in Astana, Kazakhstan just before the Doklam standoff in 2017 makes one wonder whether India missed some warning signs. Xi told Modi that after their many meetings he felt he hardly knew Modi. This could have been said positively (“I want to know you better”), negatively (“What the devil do you think you are up to?”) or neutrally (“I am going to test you to find out what you are about”)—two of three of the possible explanations should have raised red flags.

In any case, as China pushes out and seeks to build a China-centric order in Asia, and China-US relations grow more contentious, India (and Pakistan) have been pushed up the Chinese priority list. Krishnan examines all three triangles that involve us—India-China-US, India-Pakistan-China and India-Russia-China; ‘India’s three three-body problems’, as a colleague called them. But he is careful not to predict the future.

Some of what Krishnan says might be disputed, as is only normal in a work on such a controversial and alive subject. For instance, he seems to believe that a public reckoning in India for 1962 is essential for a boundary settlement. This is hard to understand as a settlement would require both sides to put the past aside or behind them rather than coming to an accounting or truth and reconciliation process. At one place the book suggests that China wants peace in Jammu and Kashmir which is questionable.

Overall, on the India-China boundary and on the relationship as a whole, Krishnan is careful to be objective and offers a fresh and useful perspective that deserves to be widely read.

I also have another issue with the book. Why is there no index? The absence hampers the ‘New Delhi read’ where people begin with the index to find what interests them, namely, themselves, friends and enemies. This is a serious book about a serious subject, and it should take itself seriously enough to have an index.
No one knows how the never-ending story of India and China will play itself out, for we are at a moment of great uncertainly in the relationship, in Asia and in the international situation. Krishnan wisely refrains from too much prediction. The book’s strength lies in its descriptive rather than prescriptive passages. It also keeps and encourages an open mind.

Most of all this is a very readable book—Krishnan has the great advantage of never having worked in government or a corporation. He can therefore still express himself clearly, without jargon. The six portraits at the end are most useful in breaking the stereotypes that still pervade foreign commentary on India-China. A book that is a pleasure to read.