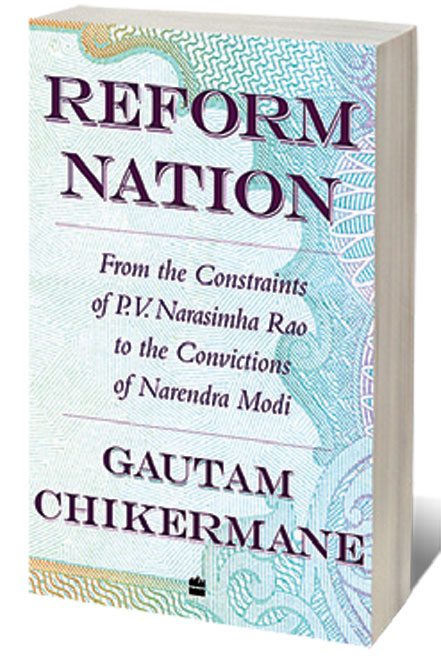 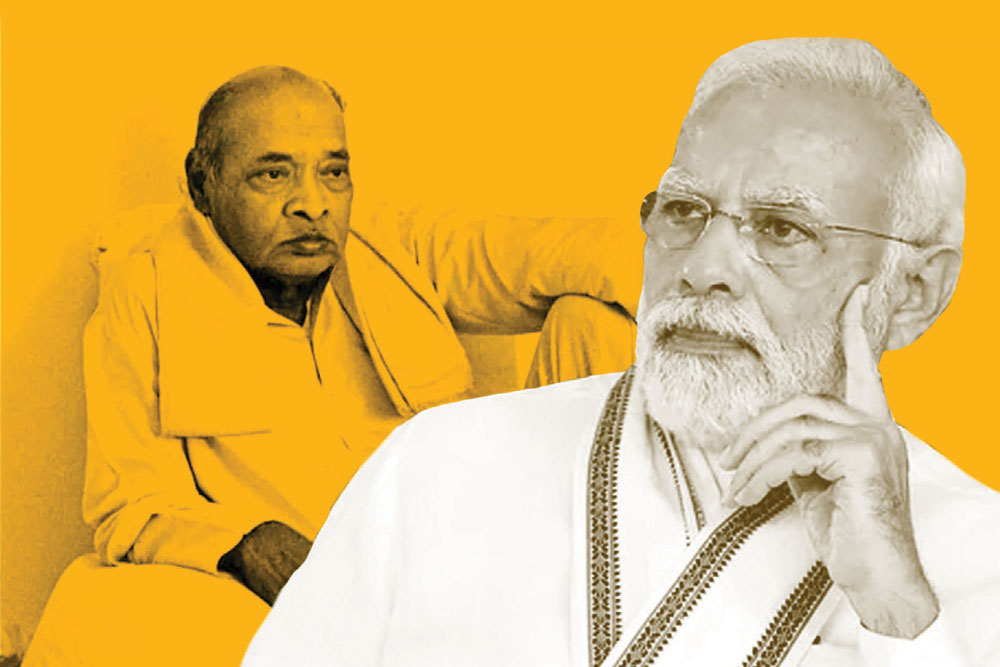 
“FROM THE CONSTRAINTS of PV Narasimha Rao to the convictions of Narendra Modi,” the subtitle of Gautam Chikermane’s book, pretty much tells you what he is getting at. There are no surprises and the central theme is laid out at the start: Jawaharlal Nehru and Indira Gandhi fathered and furthered an ideological project that saw business and wealth creation as evil, condemning India to a low growth economy and a povertarian political creed for decades. Rajiv Gandhi displayed an instinct for reforms, setting up important technology missions, but stopped well short of ushering India into the modern world. It was PV Narasimha Rao’s 1991 reforms, which while paying lengthy obeisance to the Nehru-Gandhi clan, marked a sharp ideological break from policies favoured by Congress’ first family.

While the theme is predictable and arguments similar, Chikermane marshals an impressive volume of evidence to make his point and cannot be dismissed as just another critic of Nehruvian policies. He has dug out documents that are either not available or very difficult to find in official records. The author found the Bombay Plan, scripted four years before Independence, in a book rather than in government archives. Written by Purushottam Thakurdas, JRD Tata, GD Birla, Ardeshir Dalal, Lala Shri Ram, Kasturbhai Lalbhai, AD Shroff and John Mathai, the document had two, seemingly contradictory, parts. The first argued for production, growth and finance, and the second for economic redistribution.

The Left, which saw it as a capitalist plot, pretended the second “statist” aspect of the document did not exist. Congress’ dilemma was more acute as “…To be seen as toeing the line of big industrial houses at this point would seriously damage its claims at home and abroad.” It is not difficult to understand that any government would be chary of endorsing a plan scripted by business tycoons. But there was a darker aspect to the official indifference. “British have gone and the princes and zamindars are in the background. Congress accustomed to a target, is now finding only one target, that is the capitalist,” wrote Birla to then Home Minister GB Pant. A new industrial policy statement did come, first in 1945, then in 1948 and was solidified in 1956. The policies set the course for state control of production and a series of laws, including the Monopolies and Restrictive Trade Practices Act, 1969, ensured that while businesses did not become monopolistic, they remained stunted. It encouraged industrialists to bend rules and seek exemptions, breeding appalling corruption and inefficiency.

While arguing that Narasimha Rao’s courageous break—with Manmohan Singh as finance minister—constituted a seminal moment in Indian history, Chikermane spends some time referring to Congress, under its current leadership, lapsing into an almost Luddite disregard for enterprise and technology. The main opposition party, he argues, has turned its back on policies it can rightfully claim to have initiated but which it has disowned in its no-holds-barred criticism of Prime Minister Narendra Modi and the BJP. Attacking the Modi government for cosying up to industrialists has been a constant refrain with Congress leader Rahul Gandhi. So far, the accusations have not hurt the prime minister, possibly because he has assiduously sharpened his pro-poor image in his eight years in office. While public memory is short, it was during Congress-led United Progressive Alliance tenures that certain industrialists could stroll in and out of the PMO, lobbying for airport privatisation projects and non-viable Metro routes. It was left to ministers like the late Jaipal Reddy to futilely oppose revision of gas prices for producers who were ready to halt production to hold the government to ransom.

The details can sometimes pose a challenge to the reader. Chikermane rounds off by listing 69 significant reforms, including several implemented by the Modi government, and offering a view that vaulting ambition may no longer be a case of overreach for India.