The Quest for a Sovereign Identity 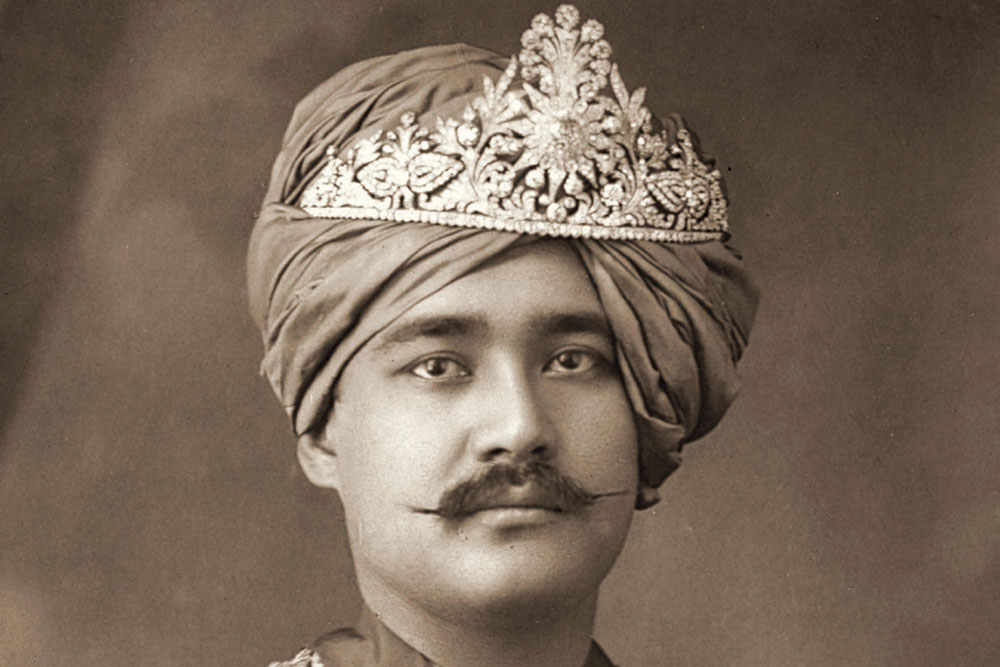 IN MILINDA BANERJEE’S The Mortal God, the title is a leitmotif that runs through the book. It is meant to draw attention to the connections between ideas of divinity, rulership, sovereignty and sacralisation of the political form. Hobbes’ phrase, the ‘mortal God’, serves as a ‘provocative metonym’ to convey the ‘divinisation of the political’.

However, Banerjee, in laying out divergent forms of political deployment of the divine, goes beyond the Hobbesian invocation of the State as a mortal god to suggest that ‘sovereignty or even divinity belongs potentially to everyone, and is not the monopoly of the state and of ruling hierarchs.’ The book suggests that expressions and markers of sovereignty do not exhaust themselves in Bodin’s or Hobbes’ theories of state sovereignty. A focus solely on these ‘state discourses’ leaves us with a risk of ‘leaving out a very large spectrum of non-elite political intellection centering on divine, human and messianic rulers.’

The book launches a detailed survey of how people—cutting across caste, class, ethnicity, gender and political dispensation— in colonial India imagined divergent sovereign figures. It narrates the plural and divergent narratives of the ruler as a ‘mortal god’ and varied genealogies of political theologies. The aim is to historicise the plural definitions of ‘sovereign presence’ that were sculpted by various political actors in the context of colonial India. Through an exploration of particular genealogies—in the landscapes of late 19th–mid 20th century Bengal, including the associated princely states of Cooch Behar and Tripura—the book aims to bring into visibility the many ‘secret and forgotten sovereignty idioms which continue to shape modern India’.

A case in point is the Bangshi Badan Barman-led Greater Cooch Behar movement in North Bengal in February 2016, where the agitators (mainly low-caste Rajavamshis) used colonial monarchic symbols— images and flags of King Nripendra Narayan (reign: 1863-1911)—to rally for greater political agency and statehood. The narrative of the Rajavamshi struggle is meant to make a broader suggestion— that is, forms of latent monarchism resonate even today in our visualisation of the sovereign. There is a need therefore to understand plural social and intellectual histories, and through them, the ‘broader imbrications of kingship, sovereignty and democracy’ that have contemporary relevance and find space in the modern democratic vocabulary.

The book explores sovereign figures of colonial India at five levels. First, the British imperial monistic order of state and sovereignty that invoked the British imperial monarch and Christian monotheistic theology. Second, the regional structures of monarchic sovereignty, in part adapted from the British, which in princely India produced ‘new concepts of reformist and patriotic rulership’. Third, the discourses and liturgies of nationalist leaders who invoked diverse historical and mythical rulers—the ‘God king’—as embodiments of national sovereignty. The monistic ruler was invoked as a symbol that unified and justified the nation. Fourth, the discourses among lower castes and ‘tribal’ communities, wherein martial peasant groups asserted regal and divine identity. For example, Rajavamshis and Tripur Kshatriyas both claimed the status of Kshatriya descendants, challenged upper-caste hegemony and helped ‘democratise Indian politics’. Fifth, the construction of a messianic sovereignty that combined the norms of Indic avatara and ascetic-ruler (the icon of Gandhi Maharaj being a fine example) with Islamic ideals of Mahdi sovereignty.

Agitators of the Greater Cooch Behar Movement in 2016 used images and flags of King Nripendra Narayan (Reign: 1863-1911) to rally for greater political agency and statehood

At all these five levels, the book contextualises developments in Bengal and locates it in the wider South Asian tradition while making a case for the global orientation of the subaltern and other hybridised conceptualisations of sovereignty. It draws upon diverse sources. For instance, religious-social reformers like Swami Vivekananda and other nationalist leaders like Tilak who admired German monarchy for its contribution to education, military strength and economic progress; or reformers like Rammohan Roy who pioneered the monotheistisation of religiosity in India, fostering an idea of global unity. Native writers like Tagore invoked (in what came to be adopted as the national anthem) the divine monarch (adhinayaka), who was in charge of the destiny (Bharat bhagya vidhata) of India and who ordained the very unity of the Indian people. Contributions of women reformers such as Maharani Sunity Devi of Cooch Behar, Rokeya Sakhawat Hossain, Sarojini Naidu and Sister Nivedita (who compared a nation to a ship in need of a strong commander or sovereign) have been recorded.

Subaltern voices feature through the book but come into greater focus in the fourth chapter which locates subaltern forms of sovereign consciousness in the Kshatriyaisation of peasant communities. The Tripur Kshatriya samaj aspired to reconstitute sovereignty by aspiring to moral and social reform (samskara), progress in education (shikshonnati), social discipline and development (samajik shrinkhala and unnati). The low-caste Rajavamshis of North Bengal declared themselves to be Kshatriya descendants, fulfilling the functions of palana or of protecting, guarding, watching, defending, ‘combining the functions of a ruler, nourisher, herdsman’. Taking a cue from Foucault, Banerjee suggests that these constitute the invocation of an ancient Euro-Asian grammar of pastoral governance.

BANERJEE’S WORK seeks to acknowledge the agency and subjectivity of the various sovereigns and to recover their ‘mortal god’ from nationalist projects and positivist historiography. Reading local histories and historiographical representations with an uncanny eye, Banerjee offers a fascinating account of how both peasant consciousness (of Rajavamshis, for instance) combined with mythic invocations of god-kings and with bonds of community. The ‘sovereign’ that emerges is not, as Banerjee puts it, a ‘real sovereign’ (in the typified sense used in contemporary Bodinian parlance) in sync with nation and class. This sovereign is more local, more culturalised, defying models of sovereignty and monarchy that conventional historiography or politics uses.

What it means to decolonise succesfully has long been a matter of debate and discussion. Post-colonial studies and subaltern school historiography seek to undo the Eurocentrism produced by colonialist, nationalist or Marxist projects. Not self-admittedly, but Banerjee too makes a similar case. By rigorously historicising definitions of the sovereign- sovereignty pair, by making available ‘plausible plural possibilities, scales and spaces of being sovereign’, Banerjee attempts to destabilise any monopolising and totalising semantic frames like the ‘imperial’, the ‘nationalist’ or the ‘Western’.

Banerjee deserves accolades for his work in fashioning a new imaginary of sovereigns in colonial India. The strategy, to use a phrase from Gyan Prakash, is to find in the functioning of history as a discipline (in the Foucauldian sense), the source of another history. However, if the project is to ‘decolonise and subalternise sovereignty’ so that ‘radical politics can be bolstered’, then the aim cannot only be to explore the faultlines of dominant narratives and provide a different history.

A critique must go further and unmask dominant discourses. If forms of latent monarchism survive today, what kinds of tensions are reproduced when they cohabit in an institutional ecosystem of liberal democracy? Can an assertion of plurality, locality and histories be a radical political project if it does not interrogate the place, role and politics of contemporary ‘mortal gods’? What modes of elite, majoritarian consciousness prevail upon smaller or minority or marginalised forms of sovereign consciousness? Why is it that key components of the modern nation-state—political parties, electoral process, parliamentary bodies, bureaucracy, law, ideology of development—embody statist elements of sovereignty, despite the divergent genealogies that precede them? Why has the political efficacy of varied legacies been rendered inconsequential? Perhaps these are not questions the author seeks to ask; perhaps this is not the quest of the book. Fair enough. But the claim of ‘radical politics’ and the agenda of building ‘political solidarities’ need to account for the lived trajectories of dominant sovereigns and the mortality of smaller Mortal Gods.