Cracking the nuclear mystery of Pakistan 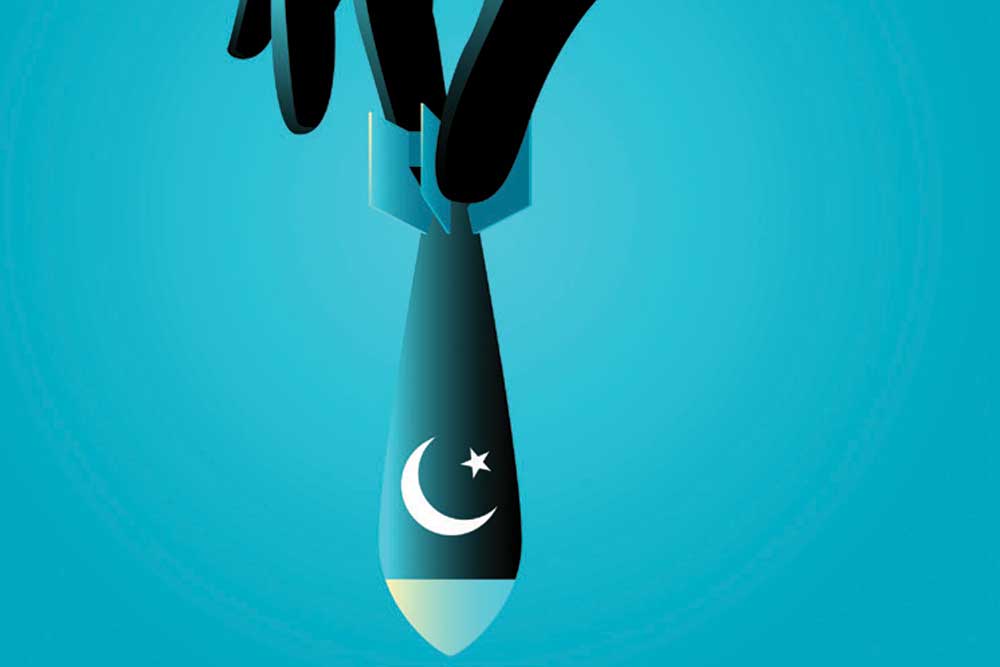 WAS THE PROLIFERATION of nuclear weapons technology from Pakistan in the 1980s and 1990s an operation conceived and largely planned solo by AQ Khan? Or was it a systemic government and military led effort? These questions and all the variants between these two polarities are what this book substantively engages with. In the process of answering them, the author provides as good a general analysis as you can get of Pakistan’s nuclear ambitions, its nuclear weapons programme and the prevailing security mindsets and world view of its military, bureaucratic, scientific and political elites.

The author, Hassan Abbas, is a scholar based in the US but had a career in the Pakistan police in which capacity he was part of an investigation into AQ Khan’s proliferation activities and related allegations of corruption over the wealth he accumulated. This led to the ‘father of the Pakistani bomb’ having to publicly apologise to the nation for his misdeeds. This event in Musharraf’s Pakistan in early 2004 remains to this day contested terrain. Musharraf’s departure some years later led to AQ Khan’s rehabilitation, at least within Pakistan. Internationally, the stigma associated with nuclear proliferation has been less easy to wish away. Although such evidence as came to him during the investigation is not part of this book, it nevertheless has the merit of the author having been an insider or least part insider of Pakistan’s security establishment. This gives his narrative a flavour often lacking in other treatments.

Abbas’ principal argument is that proliferation from Pakistan does not have a single explanation. In terms of time span, the process stretched from 1986 or 1987, when Iranian nuclear scientists got in touch with AQ Khan, till about early 2000, when technology and design transfers to North Korea were reported. Apart from Iran and North Korea, Libya too was a beneficiary of Pakistani nuclear know-how and technology.

Proliferation to each of these countries throws up complexities. This is most so for Iran. Why should Pakistan help Iran, even if there was financial quid pro quo, with the most valuable of all technologies when the two countries had major differences over many issues. The explanation this book offers is that in the late 1980s the then Pakistan Army Chief, General Aslam Beg, and others like him, saw other nuclear-armed Islamic countries as being in Pakistan’s interest and weakening a unipolar US dominated order. The proliferation to Iran in the mid-1990s on the other hand had no such military sanction, as Iran- Pakistan interests were now divergent and in fact opposite to each other over Afghanistan. That nuclear nexus at this time was the result of AQ Khan’s own initiative and his near iconic status made it possible to transfer both drawings and equipment. Similarly, the proliferation to North Korea in 1994 was the outcome of a de facto barter, blessed and put together by the Pakistani state and military-Pakistan getting missile technology in return. By contrast, proliferation to Pyongyang in the late 1990s and in early 2000 was Khan’s own initiative. Similarly, the transfers to Libya was the result of AQ Khan acting on his own but also relying on an extensive international network he had established by then to manufacture components the Libyans needed.

So the answer to the question posed in the beginning is a mixed one: in some cases, there was state or military sanction, and in others it was AQ Khan and his private network that acted on its own. Through all this, Pakistan’s dysfunctionality and growing civil military conflicts are among the factors that created a smoke screen that enabled AQ Khan to act as he did.

How convincing this explanation is a different matter. Much as in the case of Osama bin Laden’s long sojourn in Pakistan apparently without the knowledge of any of its agencies, the ramifications of the proliferation issue will remain a mystery, perhaps forever. That, in the end, is the Pakistan paradox.

TCA Raghavan
TCA Raghavan is completing a book on the three historians Jadunath Sarkar, GS Sardesai and Raghubir Sinh tentatively titled History Men: Friendship and History in Modern India (HarperCollins, 2019). He is the author of Attendant Lords: Bairam Khan and Abdur Rahim, Poets and Courtiers in Mughal India (2016) and The People Next Door: The Curious History of India’s Relations with Pakistan (2017)