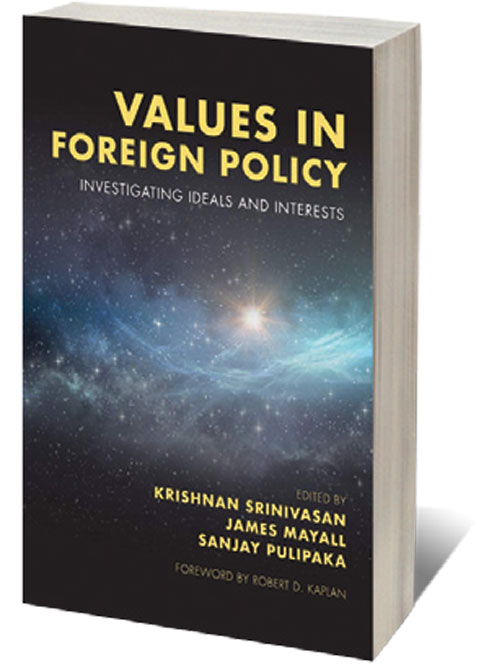 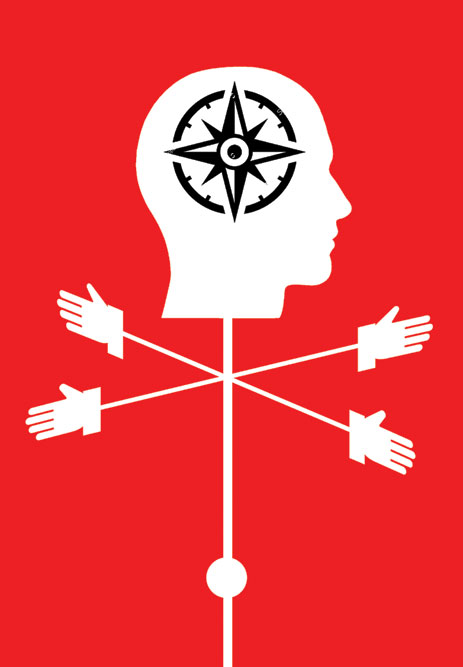 
VALUES ARE INTRINSIC to foreign policy because they are innate to every country. But do values determine foreign policy? Values in Foreign Policy: Investigating Ideals and Interests, edited by former Indian Foreign Secretary Krishnan Srinivasan, James Mayall and Sanjay Pulipaka, is a timely attempt to fill a lacuna in foreign policy literature by examining the ‘under-researched field’ of ‘values that originate in different national and local traditions’ that are ‘closely intertwined with global policies’ but do not get the attention they deserve from foreign offices. The book also investigates the extent to which the values of ‘certain axial countries’ have been successfully projected through their foreign policies. The holy grail is still a ‘universal set of values’ all states can subscribe to.

Srinivasan, et al work within the self-imposed constraint of three continents—Europe, America and Asia—ignoring the Southern Hemisphere. But their fundamental premise—that what has been accepted as a universal consensus is no more than values which originated in the West— quickly takes us beyond the limitation. The UN Charter itself is largely an ‘Anglo-American construct’ based on a ‘fusion of pluralist and solidarist principles’ that made it all the way to the Universal Declaration of Human Rights that in turn impacted the constitutions of newly decolonised states.

But these remained the foundational values of Western nation-states. Their export as the global standard exposed a problem: ‘At the heart of Western values is the commitment to doctrines that can override national specificities and cultural legacies to… disrupt historical continuity’. The tailwind enjoyed by liberal internationalism post-1989 was thus brief, since not everyone was amenable to the idea of buying the ‘finished product’ of the modern liberal state, especially since relativism vis-à-vis sovereignty was not palatable to most of post-colonial Asia. In this context, the now irrelevant Bangkok Declaration of 1993—whereby China, Malaysia and Singapore had launched their official resistance to ‘Western values’—again assumes significance, as a pretext to ask anew if there is any ‘discrete set of values’ that can be called Asian.

Against Aristotle, Judeo-Christianity, the Magna Carta, the Enlightenment and the French Revolution are ranged Confucianism, Buddhism, Islam, Hinduism, Shintoism, Legalism, etcetera, which ‘underscore social obligations over individual rights’ and the Asian return to cultural roots. Yet, the fact remains that ‘[there] are no definable Asian values except by the broadest definition’. So, even as power shifts away from the West, ‘the impact of Western ideas and values will not be easily dislodged.’ But then again, while the 1998 financial crisis killed off the debate, ‘Asian values’ didn’t disappear. As Robert Kaplan says in his foreword: ‘The Chinese, encompassing a civilization thousands of years old, harbour no doubts about their own centrality’, remaining self-convinced about the benefits of a Chinese hegemony. Which brings us back to the question: Do values determine foreign policy?

The editors admit that ‘values give way to contingencies and circumstances, and above all, interests’. Thus, ‘no government is able to chart a course by… professed values alone.’ The debate harks back to where it began—the ‘inherent contradiction in foreign affairs between the pursuit of material goals and the application of moral and normative principles’. Turkey, for example, was ‘Islam-sensitive’ even when the country was secular while Iranian foreign policy is ‘realpolitik packaged in the language of political Islam’. In recognising this contradiction, the chapters draw cautious conclusions, with the exception of Zhang Lihua’s that foregrounds the agency of values in Beijing. Srinivasan’s own chapter—claiming that having failed to live up to its values, India now deploys a remnant sense of exceptionalism and autonomy to promote its interests—devotes too many words to the Nehruvian past and too few to the process of change since the early 1990s.

Foreign policy ultimately hinges on power. As Kaplan puts it, even values are usually ‘spread through the projection of power’. If ‘Western values embody a belief system to which many Asians and others are willing to sign up’, that’s because such values have had the power of the West behind them for so long.