The Inner and Outer Life 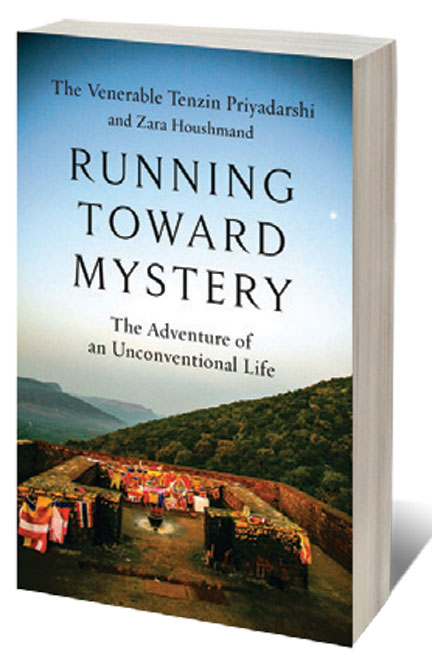 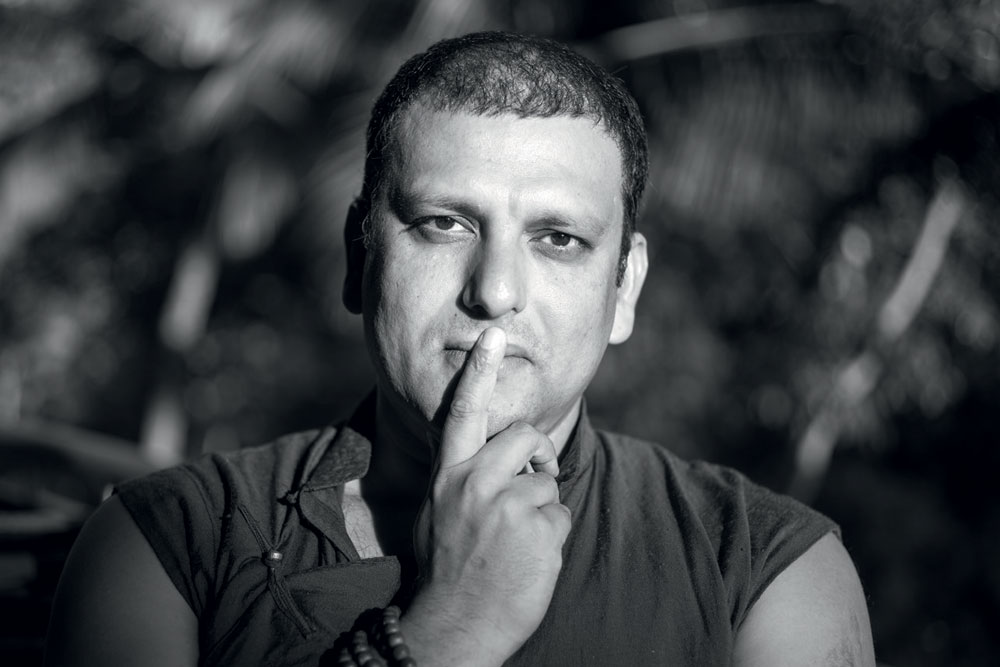 
AT THE AGE of six, in 1985, the child who would become the Venerable Tenzin Priyadarshi began to experience prophetic dreams. In these, he would see a verdant place marked by rocky peaks, as well as the visage of a man with a shaved head who wore yellow and white. Running away from boarding school a few years later, Priyadarshi was mysteriously drawn to Rajgir, the exact location from his dreams—where upon seeing a photograph, he learnt the name of the man with the shaved head. Fujii Guruji was the late Japanese monk who founded the Buddhist order in which the boy found his calling.

Running Toward Mystery: The Adventure of an Unconventional Life is the memoir of a young monk who left his well-connected family to pursue his own path, eventually discovering that his work in the world is of an audience-facing nature. The fulcrum of this book is the practical application of spiritual ethics in the arenas of policymaking and justice. His upbringing through his father, a civil servant who at irate moments threatens to have the monks deported, perhaps had some influence on this, but for Priyadarshi his own thought process begins with observations at Mother Teresa’s orphanage, close to his home in Kolkata. Sent back by the monks, who cannot hold him against his parents’ will, but given large allowances for his newfound worship by his family, he sees at the orphanage that there is a place for scalable solutions but equally, a need for unsophisticated forms of giving.

Permitted to visit Rajgir on vacations, the teenaged Priyadarshi makes a second escape to Nepal, working alongside his mentor Nabatame, whose murder just four years later—possibly through a corruption trail linked to UNESCO—shakes him into considering again what spirituality in service looks like. ‘I’m not convinced that the most effective way that I can personally move the world closer to that goal is by drumming and chanting,’ he reflects.

Stories of the late Fujii Guruji—of his closeness to Gandhi, radical pacifism, insistence that the Japanese army’s help be rejected during India’s independence movement, commitment to nuclear disarmament following the devastations in Hiroshima and Nagasaki, and open practice during a time when Buddhism was being suppressed by the Meiji government—inspire Priyadarshi. As a scholar and then a spiritual leader in the US, the monk encounters Desmond Tutu and is stirred by the archbishop’s work in apartheid reconciliation. The book culminates with a meeting with Mamos elders in Colombia, who offer the love of the earth as a more feasible alternative to the fear of the climate crisis.

Priyadarshi also writes about metaphysical experiences, including the pivotal night when he enters a chimerical kirtan, in which another deceased master asks him: ‘Is there so much joy in your religion?’ Notions of happiness and duty are explored incisively and undogmatically. He cautions against taking a capitalistic view of spiritual sacrifice, and considers spiritual pride a downfall, recasting legends in this light. He advocates for the collapse of old frameworks of understanding of teacher-student dynamics, ideas of renunciation, meditation that shores rather than shatters the ego, and more. In disillusionment, he discovers, and shares, deeper truths.

Priyadarshi points out that all the sutras begin with the phrase, ‘Evam maya shrutam…’ (‘Thus have I heard…’), seeding within the scripture the possibility of other interpretations. ‘Doubt is not heresy,’ he writes. There is much to absorb, and to apply, in this fine book, teachings that speak as much to one’s involvement in the world as one’s private contemplation and coping. Running Toward Mystery is a deliberately mid-way chronicle, an invitation to participate in the interweaving between outward compassion and inward seeking from a worldly monk, whose foothold in the secular and sociopolitical is strong enough for us to listen, closely and carefully—and to learn.