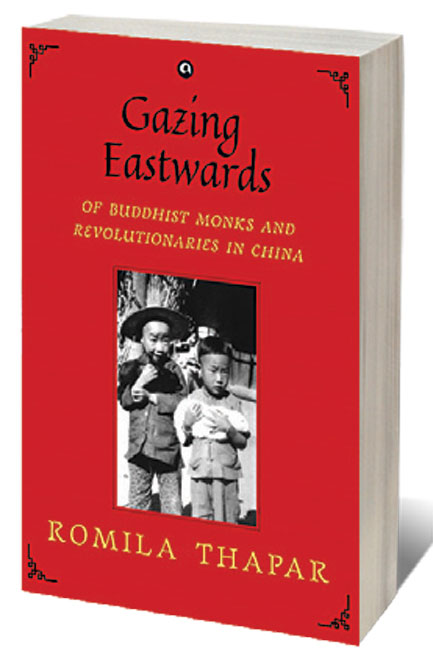 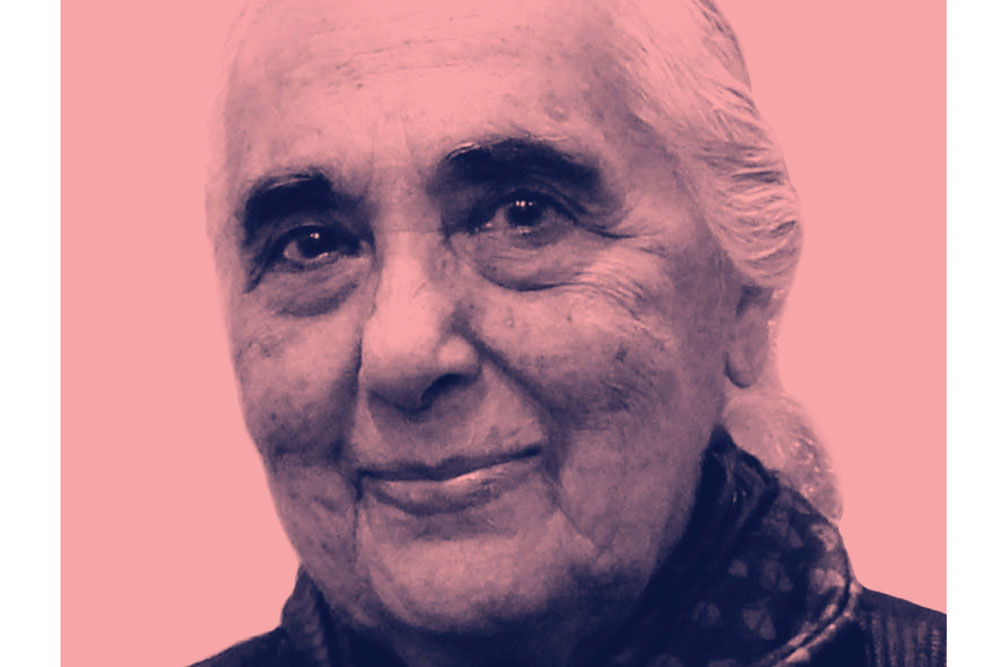 
IT TAKES A serendipitous combination of a significant time, an interesting place and an astute observer to make the diary form work outside one’s immediate circle of family and friends. We have all three in abundance in Romila Thapar’s Gazing Eastwards: Of Buddhist Monks and Revolutionaries in China. The result is a unique book, well worth reading, which should appeal not just to scholars of history, China and India but to the intellectually aware public.

It is an account by the historian of her visit to China in 1957 as research assistant to Sri Lankan art historian Anil de Silva along with a French photographer to work on the major Buddhist sites at Dunhuang and Maijishan on the Silk Road, or, as they should more accurately be described, the web of Eurasian silk and horse routes or Silk Routes. The book is based on the diary she kept for friends. Thapar has wisely refrained from editing her impressions in the diary, for they retain the freshness of first sight. She has merely added a brief introduction and epilogue.

The art history project which took Thapar to China marked an exploration of China’s past, in particular of the Buddhist past that links India and China. It is through sites such as Dunhuang and Maijishan that India and China were in contact exchanging goods, ideas, science, technology and religion right through the first millennium and into the second. The intermediary kingdoms, traders, monks and others made it possible for trade, ideas and religion to flow and be adapted over time. Pilgrims and travellers such as Xuan Zang and Kumarajiva also followed these paths that trade and religion opened. Dunhuang and Maijishan are sites that still astound visitors with their beauty and scale—Dunhuang’s many caves with their murals and sculptures in what is called ‘10,000 Cave Hill’, and Maijishan (literally, ‘bushel of wheat’ for its shape) where the hill itself has been carved into caves with murals and giant Buddhas. They are much easier to access today than when Thapar went in 1957. She then roughed it out, living in cramped and primitive conditions, revealing an admirable devotion to her profession. Today’s visitor can travel and stay in relative comfort, but must share the sites with thousands of other visitors, to the point where most caves are now closed lest they be damaged by the sheer presence of tourists, and a high-technology Visitors Centre in Dunhuang gives you a virtual tour of the site.

For many years thereafter no other foreigners were allowed such access to these sites as the three ladies enjoyed, living among the monks and people. In 1957 they were visiting a new, hopeful and revolutionary China that was soon to take a darker turn and be embroiled in the Great Leap Forward and the Cultural Revolution. Thapar was perceptive in sensing the tightening restraints on academic discussion and the restrictions that came soon after Mao’s call in 1956 for a hundred flowers to bloom, encouraging intellectuals to speak out. The rectification campaign that followed in 1957 was harsh and marked the start of a turning inward and cutting off of links with the outside world, including Soviet allies, that lasted through the next two decades.

Thapar was also sensitive enough to sense the growing tension between the Chinese authorities and the Soviet Union before this became public. She notes how a cutting off from the world and suppression of academic freedom and discussion are necessary and initial actions by incipient dictatorships. Her disquiet comes through in her account of the limited openness she encountered in her discussions with fellow Chinese historians and archaeologists.


Romila Thapar’s impressions of Beijing, Nanjing, Shanghai and of the people she met are sharp but sympathetic, and quite at variance with the monochromatic tropes that now pass for received wisdom about China and the Chinese in the media

Some of what she saw and experienced is still true today as it was 60 years ago. The Chinese Communist Party has launched another rectification campaign in 2020, this time concentrating on officials of the security state. The segregation and special treatment, good or bad, amounting to an ‘othering’ of foreigners, including allies such as the Russians, continues today in more sophisticated forms. The Chinese regime utilises the innate courtesy of the Chinese people and their sense of exceptionalism to distance them from ‘dangerous’ outside influences, especially ideas or ‘spiritual pollution’ that foreigners carry. This is the mirror image of the overwhelming hospitality that Indians experience in Pakistan, which is yet another form of othering. Thapar also perceptively notes the problem of introducing communism in large social and territorial systems such as Russia and China and the inability of ideological systems, whether of left or right, to answer why and how questions, leading to dictatorship. Indeed, one is struck that such a young Thapar should be asking such serious questions and sensing so much more than she was shown. Her healthy scepticism and resistance to being guided are an example to all students of China.

Thapar and her companions were fortunate in the places they visited, the access that they had and in the timing of their visit. She shook hands with Mao Zedong and Zhou Enlai at Indian Ambassador RK Nehru’s reception, spoke to Chinese people from all walks of life, and glimpsed ordinary Chinese life when old China and new China were both jostling for space. What makes this book such an interesting read is Thapar’s reactions to the complexity of a China in revolutionary change. Her impressions of Beijing, Nanjing, Shanghai and of the people she met are sharp but sympathetic, and quite at variance with the monochromatic tropes that now pass for received wisdom about China and the Chinese in the media. She found the ordinary Chinese she met friendly and practical, curious about foreigners and the world. As a woman in a strange environment, she found China comfortable and non-threatening, unlike several other societies. This too has not changed.

Her comments and observations are made more relevant by the parallels she draws between India and China, and the sense of familiarity that she feels outside the big cities with what she knew from India. This is less true today, for the Chinese have worked on and transformed not just the built environment in their cities but the land and environment itself in ways that India has not. Today, both countries present very different aspects and faces to the visitor and the gap between them has grown.

Despite writing when outside opinion on ‘Red China’ was polarised and China was a litmus test for where one stood on the political spectrum, as it is today, Thapar was open-minded and objective, neither adulatory nor condemnatory but attempting to understand what she saw. This is an example that we could all profit from. This book is proof, if proof were needed, that the historian’s eye is one of the most useful tools we have to understand other cultures and societies.