To what do we pay greatest allegiance? Family, language group, country, gender? Religion, race? And if none of these matter, are we urbane, cosmopolitan, or simply lonely? 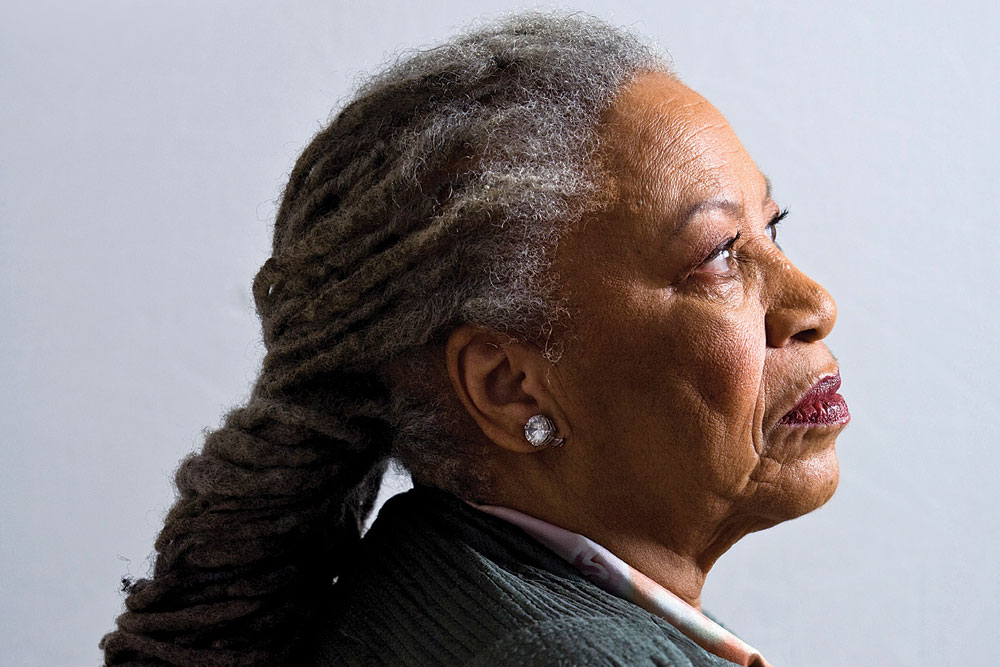 EXCLUDING THE HEIGHT of the slave trade in the nineteenth century, the mass movement of peoples in the latter half of the twentieth century and the beginning of the twenty-first is greater now than it has ever been. It is a movement of workers, intellectuals, refugees, armies crossing oceans, continents, immigrants through custom offices and hidden routes, speaking multiple languages of trade, of political intervention, of persecution, exile, violence, and poverty. There is little doubt that the redistribution (voluntary or involuntary) of people all over the globe tops the agenda of the state, the boardrooms, the neighbourhoods, the street. Political maneuvers to control this movement are not limited to monitoring the dispossessed. While much of this exodus can be described as the journey of the colonised to the seat of the colonisers (slaves, as it were, abandoning the plantation for the planters’ home), and while more of it is the flight of war refugees, the relocation and transplantation of the management and diplomatic class to globalisation’s outposts, as well as the deployment of fresh military units and bases, feature prominently in legislative attempts to control the constant flow of people.

The spectacle of mass movement draws attention inevitably to the borders, the porous places, the vulnerable points where one’s concept of home is seen as being menaced by foreigners. Much of the alarm hovering at the borders, the gates, is stoked, it seems to me, by (1) both the threat and the promise of globalism and (2) an uneasy relationship with our own foreignness, our own rapidly disintegrating sense of belonging.

Let me begin with globalisation. In our current understanding, globalisation is not a version of the nineteenth-century “Britannia rules” format—although postcolonial upheavals reflect and are reminiscent of the domination one nation had over most others. The term does not have the “workers of the world unite” agenda of the old internationalism, although that was the very word—“internationalism”— that the president of the AFL-CIO used at the executive council of union presidents. Nor is the globalism the postwar appetite for “one world,” the rhetoric that stirred and bedeviled the fifties and launched the United Nations. Nor is it the “universalism” of the sixties and seventies—either as a plea for world peace or an insistence on cultural hegemony. “Empire,” “internationalism,” “one world,” “universal”— all seem less like categories of historical trends than yearnings. Yearnings to corral the earth into some semblance of unity and some measure of control, to conceive of the planet’s human destiny as flowing from one constellation of nations’ ideology. Globalism has the same desires and yearnings as its predecessors. It too understands itself as historically progressive, enhancing, destined, unifying, utopian. Narrowly defined, it is meant to mean instant movement of capital and the rapid distribution of data and products operating within a politically neutral environment shaped by multinational corporate demands. Its larger connotations, however, are less innocent, encompassing as they do not only the demonisation of embargoed states or the trivialisation cum negotiation with warlords, but also the collapse of nation-states under the weight of transnational economies, capital, and labour; the preeminence of Western culture and economy; the Americanisation of the developed and developing world through the penetration of U.S. culture into others as well as the marketing of third-world cultures to the West as fashion, film settings, and cuisine.

Globalisation, hailed with the same vigour as was manifest destiny, internationalism, etc., has reached a level of majesty in our imagination. For all its claims of fostering freedom, globalism’s dispensations are royal, for it can bestow much. In matters of reach (across frontiers); in terms of mass (of populations affected and engaged); and in terms of riches (limitless fields to mine for resources and services to offer). Yet as much as globalism is adored as near messianic, it is also reviled as an evil courting a dangerous dystopia. Its disregard of borders, national infrastructures, local bureaucracies, internet censors, tariffs, laws, and languages; its disregard of margins and the marginal people who live there; its formidable, engulfing properties accelerating erasure, a flattening out of difference, of specificity for marketing purposes. An abhorrence of diversity. We imagine indistinguishability, the elimination of minority languages, minority cultures in its wake. We speculate with horror on what could be the irrevocable, enfeebling alteration of major languages, major cultures in its sweep. Even if those dreaded consequences are not made completely manifest, they nevertheless cancel out globalism’s assurances of better life by issuing dire warnings of premature cultural death.

OTHER DANGERS GLOBALISM poses are the distortion of the public and the destruction of the private. We glean what is public primarily, but not exclusively, from media. We are asked to abandon much of what was once private to the data-collecting requirements of governmental, political, market, and now security needs. Part of the anxiety about the porous divide between public and private domains certainly stems from reckless applications of the terms. There is the privatisation of prisons, which is the private corporate control of a public facility. There is the privatisation of public schools. There is also private life—claims to which can be given up freely on talk shows, or negotiated in the courts by celebrities, “public” figures, and privacy rights cases. There is private space (atriums, gardens, etc.) open to the public. And public space (parks, playgrounds, and beaches in certain neighbourhoods) limited to private use. There is the looking-glass phenomenon of the “play” of the public in our private, interior lives. Interiors of our houses look like store displays (along with shelf after shelf of “collections”) and store displays are arranged as house interiors; young people’s behaviour is said to be an echo of what the screen offers; the screen is said to echo, represent, youthful interests and behaviour— not create them. Since the space in which both civic and private life is lived has become so indistinguishable from inner and outer, from inside/outside, these two realms have been compressed into a ubiquitous blur, a rattling of our concept of home.

It is this rattling I believe that affects the second point: our uneasiness with our own feelings of foreignness, our own rapidly fraying sense of belonging. To what do we pay greatest allegiance? Family, language group, culture, country, gender? Religion, race? And if none of these matter, are we urbane, cosmopolitan, or simply lonely? In other words, how do we decide where we belong? What convinces us that we do? Or put another way, what is the matter with foreignness?

I have chosen to comment on a novel written in the fifties by a Ghanaian author as a means of addressing this dilemma— the inside/ outside blur that can enshrine frontiers, and borders real, metaphorical, and psychological, as we wrestle with definitions of nationalism, citizenship, race, ideology, and the so-called clash of cultures in our search to belong.

African and African American writers are not alone in coming to terms with these problems, but they do have a long and singular history of confronting them. Of not being at home in one’s homeland; of being exiled in the place one belongs…

Although the sound of the name, “Africa,” was beautiful it was riven by the complicated emotions with which it was associated. Unlike starving China, Africa was both ours and theirs; intimately connected to us and profoundly foreign. A huge needy homeland to which we were said to belong but that none of us had seen or cared to see, inhabited by people with whom we maintained a delicate relationship of mutual ignorance and disdain, and with whom we shared a mythology of passive, traumatised otherness cultivated by textbooks, film, cartoons, and the hostile name-calling children learn to love.