The Fall of Eden 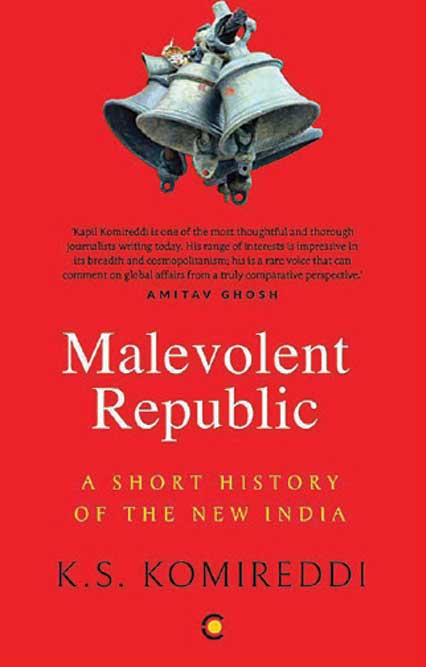 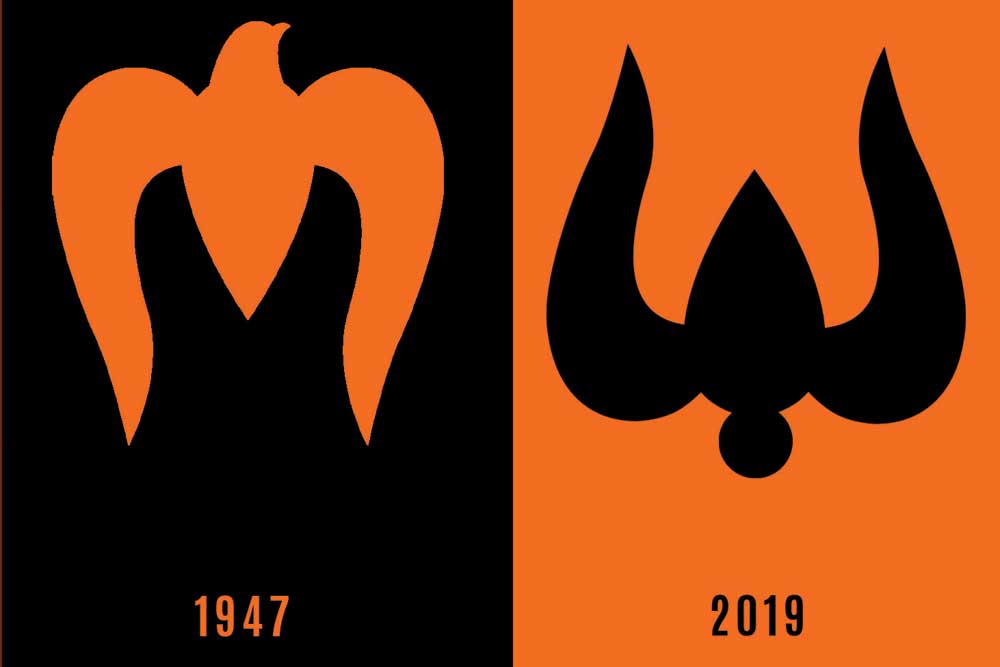 WHEN KAPIL KOMIREDDI was a child, his father enrolled him in a madrassa in Hyderabad. It was meant as a ‘primer in Indian pluralism’. In the seminary began a friendship with Murad, an underprivileged but spirited boy, who showed Komireddi his world and never gave up on his friend. While the Hindu moved on in life, matters soured for the Muslim. Caught in an alleged case of terrorism, in which he had no role, life broke Murad. Finally, he left India for good. The story, told in the opening pages of Malevolent Republic: A Short History of the New India (Context; Rs599; pages228) can be considered the background score against which the book unfolds.

A simplistic reading of Komireddi’s book would be that it describes the destruction Eden from Jawaharlal Nehru to Narendra Modi. One part of his description about the alleged degeneration of India is indeed simple: the combination of economic liberalism and Hindu nationalism causing many problems that are visible today. These include inequality, the marginalisation of minorities and the general decline in political culture. To that extent, his claims are standard fare of the left-liberal criticism about the direction India has taken since 1991. What makes his narrative interesting and, more importantly fair, is the care that he’s taken to look at all the leaders from Nehru to Modi in equal light. This is not just about apportioning blame—de rigueur in the current climate of rage against India’s past leaders—but about the milestones on the path of descent.

‘Erosion’, ‘Surrender’, ‘Decadence’ and ‘Dissolution’ is how Komireddi describes, in different chapters, the arc spanning from Nehru to Manmohan Singh. Nehru—clearly the leader Komireddi has some regard for (Shastri being another)—is not left unscathed. He is blamed for injecting dynasticism in Indian politics but not for much else. He notes that, ‘As India’s first prime minister, Nehru saw himself as a preceptor and strove to become a model of democratic leadership in a post-colonial landscape yielding rapidly to dictatorships. He dutifully attended parliament, conferred with the cabinet as first among equals and deferred unfailingly to the judiciary.’ His attendance of Parliament is well-known and has received admiring attention. As to being primus inter pares in the Cabinet, it was as much a matter of his behaviour as it was of circumstances: after the exit of Vallabhbhai Patel (1950) and Maulana Azad (1958) there was hardly anyone left to raise a voice let alone challenge him. Even Azad deferred to him in most matters. ‘Unfailing deference to the judiciary’ is more or less a myth. The very first amendment to the Constitution, emplaced in May, 1951, was meant to overcome a Supreme Court verdict that upheld the freedom of expression. If that was not enough, the amendment also added a new schedule to the Constitution that provided blanket immunity from judicial review of laws inserted in it.

These were important departures from democratic norms that led to pernicious consequences later, at the hands of Nehru’s successors. But worse was Nehru’s handling of religious affairs, the problem that Komireddi believes will lead to India’s ‘Disunion’, analysed in the final chapter of his book. Here, the author leaves Nehru’s record unexplored.


One part of Komireddi’s description about the alleged degeneration of India is indeed simple: the combination of economic liberalism and Hindu nationalism causing problems

There is now revisionist literature that looks at how Nehru handled religious communities. It is an article of faith among Nehruvian liberals that he brought in several laws to reform Hindu practices of marriage, succession and adoption in the 50s, in the teeth of conservative opposition. He left Muslim personal laws untouched, something that became a red rag during the conservative political revival in the 80s. Why didn’t he do that? The hagiographic answer is that he respected secularism. There are other interpretations now. Political theorist Michael Walzer ascribes this to political caution whereby Nehru did not want minorities to feel persecuted and hoped that the raw edges of Hinduism would wear off during the course of secularisation. More abrasive is the opinion that deep down he really did not want to as he—allegedly—had a Hindu core. This judgement, due to the Marxist historian Perry Anderson, is contestable. Whatever be one’s favourite explanation, the conventional image of Nehru is now wearing off.

IF THAT IS the fate of the author’s ideal Indian leader, he himself engages a thorough demolition job of all those who followed Nehru. But his choicest words of condemnation are reserved for the current Prime Minister, Narendra Modi, dealt with in the second half of his book. Ultimately, Komireddi’s India is a violent and vicious place where the poor remain poor and minorities are subject to violence and intimidation. Only the middle classes and the rich—his objects of derision along with the country’s intellectuals—have managed to do well. The reality, of course, is different: since 1991, when economic reforms were launched, hundreds of millions have been lifted out of poverty even if there’s far more left to do. This came after the girders that held the Nehruvian system together began to collapse, not before.

The result of all this is certain unevenness in the book. The degradation of the system, slow at first, is rapidly speeded up under Modi to the point that unless checked, India faces ‘disunion’. This is, perhaps, the weakest part of the book. ‘Nowhere is the hazard of disunion more apparent than in Jammu and Kashmir,’ he says, a claim that rests on Modi’s politics giving a handle to Kashmiri secessionists. This is, to put it mildly, very different from the course of events in the Kashmir valley over the last three decades. Even before Modi had been arraigned in front of a Supreme Court-appointed committee for his alleged role in the 2002 Gujarat riots, separatism based on religious grounds was alive and kicking in Kashmir. If anything, a party that espoused ‘soft separatism’ formed an alliance with Modi’s party after he came to power.

He makes a similar claim with respect to Sikhs and Christians when he says that, ‘In the end, India could generate support for the union among Christians in Nagaland, Muslims in Kashmir, Sikhs in Punjab and Buddhists in Sikkim because their faith was immaterial to full membership of it. But as India moves under Modi from defective secularism to de facto Hindu supermacism, it can no longer invoke the foundational arguments of the state to retain non-Hindus within its fold.’ Here again, he is way off the mark. The Nagas wanted to be independent even before the first hint of ‘Hindu revivalism’ was apparent. They met Gandhi on the eve of Independence seeking their independence. After 60 years of fighting, something approaching an agreement is in sight, an event that dates to Modi’s first term as Prime Minister. A similar record can be seen in the case of the Sikhs. A year before the June 3rd, 1947 plan partitioning British India was conceived, Sikhs under Master Tara Singh were demanding an ‘autonomous state’ from the Cabinet Mission. The case of Sikkim is, of course, somewhat inverse to what Komireddi has in mind: After its accession to India in 1975, there has not been a whiff of denominational unease in that province. Modi as a cause of the impeding disunion? One suspects it will be better to defer a verdict for some time.

These are, no doubt, hurried judgements that come from the hazard of writing ‘contemporary history’. The book, however, merits a wider audience. Here, for a change, is a critic of the present order who is fair-handed even if he is a bit harsh in his anger at the political evolution of independent India. He has stated his reasons clearly and there is no need to speculate further. But without resorting to any spurious psychological explanations, one suspects the fate of his childhood friend rankles Komireddi and forms a part of his anger against India. That is understandable.