The Art of Dreaming

Stories of memory and migration 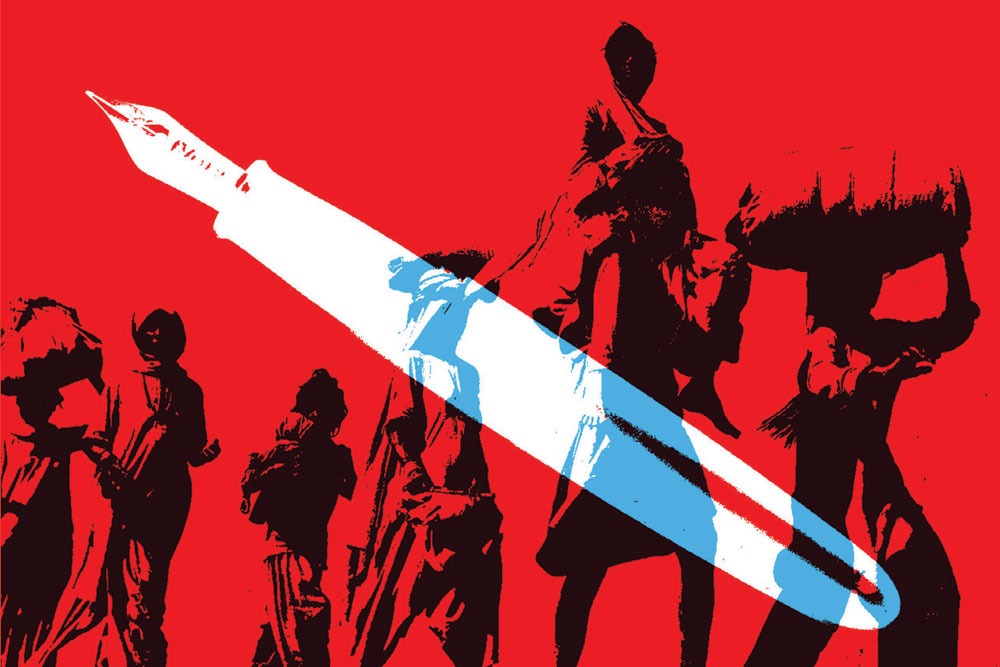 ‘WHAT YOU END up remembering isn’t always the same as what you have witnessed,’ writes Julian Barnes in Sense of an Ending (2011). Memory, one of the trickiest devices in literature and life, often tends to trap the reader in an enmeshed series of past events. Not so with Intizar Husain (1925-2016), an award-winning Urdu writer whose stylised prose is a longing for the tormented past and a critique of it at the same time. It is widely agreed that Husain’s unique blend of the supernatural, mythical and uncanny in shorter forms of writing was ahead of its times. This past in Din aur Dastan is characterised by the turmoil of 1947 and the forced uprooting of millions of families that marred Husain’s psyche. Nostalgia, a frequent traveller in his works, exists not only to interrupt time, but also to rebel, to give the future a chance at life.

Din, or ‘Day’, the first novella, like most of Husain’s fiction, relies heavily on slumber and half-awakened dreamy states. The tone of sentences like, ‘The past floated around him like a fragrance; an interminable sequence of long nights and scorching afternoons; like a half- forgotten dream’ gives us a sensation of the dream-like. Time and its navigation are recounted effectively, showing the author’s technical mastery. The meeting point of multiple time zones often coalesce in sleep; in fact, sleep acts as a political thread in this book. Zamir, whose memory guides the tale of a haveli lost to Partition, is seen trying to conceal/ heal/reveal through sleep. It’s what falls victim to the intersection of personal and political trauma. As SJ Williams argues in The Politics of Sleep: Governing (Un)consciousness in the Late Modern Age (2011) , ‘[Sleep] problems or concerns regarding sleep are not simply a product of society, but a prism or point of articulation and amplification for a range of other fears, worries, frustrations and anxieties regarding contemporary life and living’.

Husain’s prose is more relevant now than before because it reflects how human fears find an outlet in story- telling. The world doesn’t operate in a vacuum. Rather, it functions in contiguous relationship with the non-human world. The erasure of elements from the latter and impatience to listen to their voices are reasons for a kind of spiritual and intellectual decay to the author’s mind. In Morenama (‘A Chronicle of the Peacocks’), he had shown how human decadence could be carefully studied from the perspective of peacocks. Of this work, Keki N Daruwalla had stated that Husain operates in ‘that twilight zone between fable and parable’.

This is true of Din aur Dastan too; the second part of the book transforms ‘history into the fantastic’ through the use of high, elite, classic idiomatic style. Written in the dastangoi oral tradition, the tale is meant to be read aloud. In The Story of the Shershahi Tower, the battlefield of Hazrat Shershah Suri is laid down so visually that most expressions may get lost if read solely as text. For instance, ‘the earth reverberated with the thunder of galloping horses, which even reached the ears of the cow that holds up the earth on its horns’ is such a fascinating expression that readers will pine for more. This holds true especially for the reader who doesn’t understand Urdu.

If the act of translation means to bear meaning across, let it also bear across the meaning of the untranslatable. For me, the untranslatable heaviness of Husain’s prose lies in places of forbidden sleep and the languor of incomplete dreams. That is where the story defiantly marks its journey. And because long-lasting stories are truly stories of wandering, they also remind us how days go futile in fighting over marked territories of the ‘nation’. Husain in his later interviews lamented the fate of in-between identities. So do his stories, seeking to rest not in geographically tied boundaries, but beyond. Nishat Zaidi and Alok Bhalla’s translation is an ode to that vagabond spirit that was Husain. As a storyteller, he had put it so well: ‘Kahani toh \awara hoti hai (A story is always vagabond)’.