Sujatha Gidla is a subway conductor in New York with an Indian backstory of caste and isolation, now captured in a critically acclaimed memoir 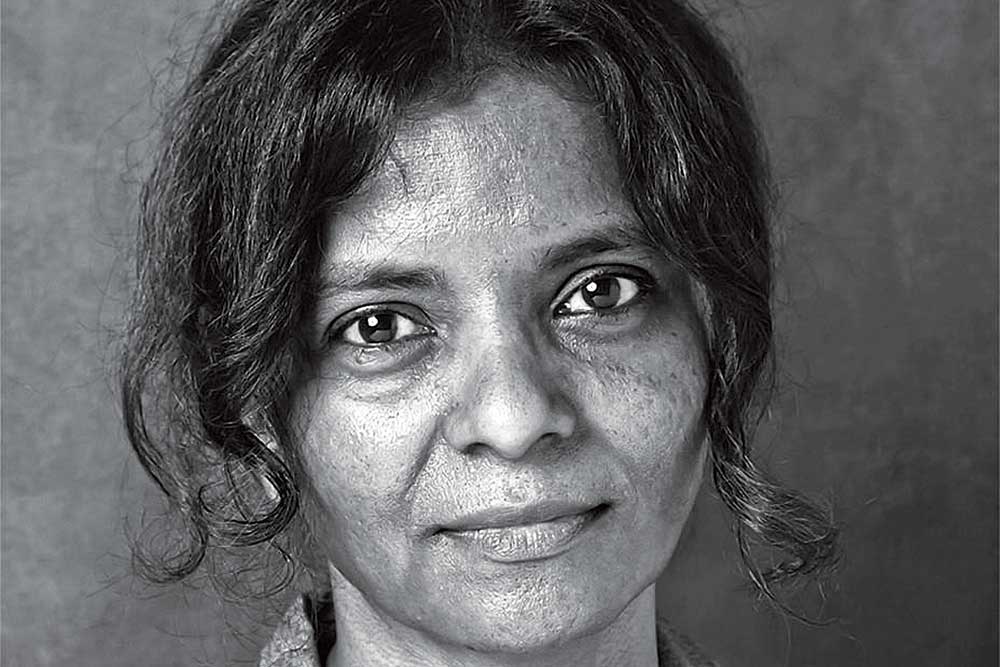 ANTS AMONG ELEPHANTS (HarperCollins; Pages 312: Rs 599) is a timely memoir about an interminable divide. The author Sujatha Gidla writes about untouchability through generations of her own family struggling with their marginal existence, succeeding, sidestepping, rejecting and rebelling against this forced Hindu hierarchy. It was a book meant to explain to her friends in New York, where engineer Gidla is a subway conductor, what the reality of caste is and what day-to-day life was for people like her. But as she delves into the lives of her uncle, mother and relatives in the Andhra region from pre-independence India till today, Gidla’s narrative of prejudice, relationships and the history of modern India speaks to a much wider audience. In an email interview, Gidla talks about why the Indian response to her book puzzles her, about political awakenings and disillusionments, and frictions within left, right, and Dalit politics in India today.

One of the main reasons you say you chose life in the US was so that you didn’t have to perpetually think of caste as your identity any longer. Did the churning stop in the US?

I went to America to experience a new life. To expand my cultural and intellectual horizons. To live in a relatively freer society. Life here is a thousand times better for women than it is in India. One’s caste plays no role in how one is treated here because Americans know only discrimination based on skin colour or national origin. This brought about a drastic change in my personality. But for me the churning has never been about how just my family and I experienced caste oppression. It is about the reality of caste in Indian society, how it subjects untouchables as well as millions of low-caste Indians to violence and discrimination. Every single day we read reports of new outrages. So how can the churning stop?

Initially, you didn’t see your family’s experiences as extraordinary enough to tell as a story. What brought you back to thinking about being Dalit?

I saw my stories and my family’s stories not only as nothing special but also as stories of shame. In America, in the demonstrations against the Iraq war, I met a number of people who were fervently anti-racist. I realised I didn’t need to hide my own caste status from these people. When I started telling them my stories, their reaction was one of sympathy for me and outrage against the caste system. They wanted to know more. I was interested in explaining to them how caste operates in the day-to-day life of people like us. That was a big motivation for writing my book.

Why did you choose to write about your uncle KG Satyamurthy, a man of many contradictions?

I approached Satyam because I wanted to learn about my ancestors. He was the eldest on my mother’s side of the family and knew about the family history. But once he started talking about his own life, his stories directly intersected with the history of modern India. As a teen, he participated in the anti-colonial struggle. In his early twenties, he took an active part in the fight against Nehru and his programme of ‘national integrity’ which ultimately resulted in redrawing state borders along linguistic lines. Andhra for Telugus, Maharashtra for Marathis, etcetera. Then, Satyam had a role in founding the Maoist movement.

Every person in your book has a moment of political awakening. What was yours?

At 14, when I was riding my bicycle home back from maths tuition class, I ran into a group of young men singing on a street corner. Their songs were about rural oppression, about the landless and poor peasants, about workers, how it is they who create wealth but do not enjoy the fruits of their labour. That was the moment of my political awakening. There was poetry and passion in those songs. I later learned some of them were written by my uncle. Many young people were drawn to Naxalite politics through my uncle’s poetry.

Were there unexpected revelations for you about your family, or about the history of caste?

I did not know that my family had once been tribals living in the jungle. Although we were poor while growing up, I was shocked to find out how much poorer my family had been. I visited my mother’s native village and was shocked to see the dire poverty our relatives still live in today. No proper clothes, nourishment, shelter. One of my mother’s cousins, I was told, was attacked and almost killed for trying to drink water from a caste well.

It wasn’t revelations about my family alone. There are places where untouchables who tend the cows and buffaloes of the landlords furtively mix some sort of grass or weed in the chowder to make the animals shit it out before digesting it. They would then wash out the dung and use the undigested chowder to fill their own bellies.

Many complained that I was exposing India’s dirty laundry. Why don’t they stand up and defend the caste system? They want to have caste, but no one should talk about it

You write about the hierarchy of superiority even among the ostracised.

Of course, there is hierarchy among Dalits (Gidla does not capitalise the word), and it is part of Hindu caste hierarchy. In Andhra, there are malas who do agricultural and other miscellaneous menial work, and madigas who deal with dead animals. There are 52 untouchable subcommunities. The divisions and rivalry among different untouchable groups today is mainly a result of reservations, of competition for the limited number of college seats, jobs and opportunities in general. This is by design. Politicians and upper castes benefit from this rivalry.

You bring alive the minutest details of being a Dalit through the generations—even before some characters learn to call themselves Dalit. What were you hoping to show through it?

My family, through the generations, lived under vastly different circumstances. In each, we faced casteism, although in different forms. Originally, we had to live outside the village and do menial labour. Then my grandparents were educated by missionaries. My grandfather at one time managed to live, because of special circumstances, inside a village, though still in a segregated place within it. In my generation, I ate several times in the homes of Brahmin friends. But that doesn’t mean that they saw me as just the same as their high-caste friends.

The reaction of American readers has been uniformly sympathetic to my family’s experiences and positive about the book. Even people on the right.

Among Indian readers, many complained that I was exposing India’s dirty laundry. Why don’t they stand up and proudly defend the caste system? They want to have caste, but no one should talk about it. What surprised me the most is the response of a large number of cosmopolitan liberals, a group I suspect did not exist before I left for America, who reacted the same way as Americans. I am puzzled by their sympathy, and puzzled that they seem to have never imagined what untouchables’ lives are like.

Why were you gradually disillusioned with the Naxal movement?

There were a few things that I thought were not right even at the peak of my involvement with the Radical Students. But I put my apprehensions aside. When we were arrested, I became more critical. First, the party did not care about the cadres’ welfare. I was lucky to have educated parents and a resourceful mother. But my comrades from poorer and marginalised backgrounds suffered. Some menial workers were shot. That was something I did not expect. When the untouchables suffered and continue to suffer more at the hands of the police and in jails than Brahmins, the party didn’t take special precautions to protect untouchable members. In fact, untouchables were assigned menial tasks by the party and put forward as cannon fodder, while Brahmins were given intellectual tasks such as writing articles, running publications, etcetera. Then came my uncle’s expulsion.

When I came to the US and started reading about workers’ movements, I realised that while a peasant and tribal army can never stand up to the forces of the landlord-capitalist state, the working class does have that power. But that was not the strategy of the group I was involved with.

Yes. The communists long ignored the caste factor in Indian society. It was only after untouchables themselves started organising against caste oppression that the communists were forced to give token support to these struggles. MN Roy, the ‘father’ of Indian communism, told Lenin and the Bolsheviks that caste was a thing of past. In America, socialists and communists initially had no special programme to fight racism. It was only after the Soviet leaders insisted they take up this question that communists here started to do so, and despite their small numbers, this had a profound effect on the struggles of Blacks and workers that changed American history. Unfortunately, this never happened in India.

What is your perspective on widespread concerns about Hinduisation of Dalits, under the Sangh and BJP?

Apart from material incentives, the Sangh Parivar is able to attract untouchables through the lure of becoming part of the dominant culture. This is done by telling untouchables that they are Hindus just like other Hindus and that Muslims are the outsiders. That is pathetic and wrong. Even as they try to woo untouchables to their side, the BJP/RSS is perpetrating caste crimes such as the one in Una district [of Gujarat]. It is obviously not in the interests of untouchables to ally themselves with Hindu chauvinists, and it is a crime for untouchables to take part in anti-Muslim pogroms. Untouchables, to be precise, are part of the Hindu social system only by exclusion—as outsiders themselves!

Do you see the moment in India today, where Dalit assertion among the youth is growing, as a continuation of previous struggles, or is there something different now?

Certainly, there is widespread consciousness. In Andhra, Dalit Christians used to stay away from social issues. They did not like to think of themselves as untouchables and thought they escaped that wretchedness by changing religion. In the last 15 years, I have been amazed by how vociferous many Christian Dalits are in the movement. Along with the growth of outcaste consciousness, some undesirable tendencies have emerged. Some Dalit groups trying to herd Dalits into vote banks for BSP or similar parties. Others campaign for Dalit capitalism, which is inimical to the interests of the untouchable masses.