Striking Back at the Empire

Pavan Varma believes the liberation of our colonised mind requires us to learn from our ancient past. But did the past he envisages ever exist? 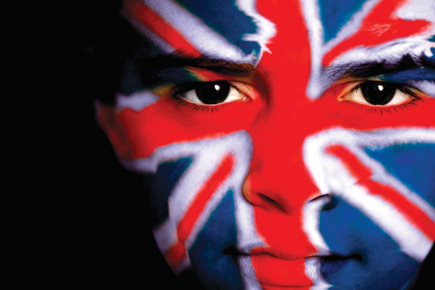 Pavan Varma believes we need to learn from our ancient past. But did the past he envisages ever exist?


There are some books that need to be read because they provoke you to contest their claim. And through this very process, they make you subject your own beliefs to scrutiny. Pavan K Varma has written just such a book, and even if you pick it up to disagree with it, read it.

Varma argues that colonial rule robbed the educated elite of India of its organic unity. For 300 years, he writes, ‘an entire nation and its people became the object of external curiosity, brown fish swimming around in a bowl held in white hands. A new ‘circumference’ came into being, but this circumference was fixed by the rulers, while the organic unity of the seed lay dormant in the soil.

‘The irony is that those who were victims of this process fell in love with the circumference, and all its borrowed plumes and transplanted paraphernalia, and developed a sense of heenta, of inferiority about their own culture… The impact of this sense of inferiority, of denial and devaluation of what is one’s own in preference for what was imposed, continues to be felt in every sphere of creative expression: art, architecture, academics, music, sports, literature and language…. The colonial empires of the past succeeded not merely in the physical subjugation of the ruled; their real success lay in the colonisation of the mind, and, in this respect, the British were perhaps the most successful.’

As a representation of our current predicament, Varma is on target. The sense of inferiority is manifest in the way we look abroad for approval, whether for our books or our cinema, and in the way we react to criticism when it comes from such sources. It is also true that we grant this right only to Britons and, by extension, to Americans.

Varma is at his best detailing how this malaise affects our architecture and our art. The sections on Lutyens’ Delhi and Corbusier’s Chandigarh are worth reading for their own sake. A New Delhi born out of Lutyen’s contempt for India and Indians, frozen in time because ‘it corresponded very well—and continues to do so—with the interests of the powerful and influential—first the British, then the brown burra-sahibs’. And Corbusier’s Chandigarh, ‘a symbol of the absence of synthesis between what needed to be borrowed and what should have been preserved’. On installation art that incomprehensibly continues to find space and money in India, he scathingly observes that it ‘frankly borders very often on gimmickry, and is an embarrassing attempt to copy western trends.’

However, the book falters in crucial ways where it is prescriptive. Varma postulates an idealised pre-colonial past, as is evident from the first quote— ‘colonial rule robbed the educated elite of India of its organic unity’. Who were these educated elite, what was this India, and what was this organic unity? And so, a book that starts with Varma’s individual experience ends in generalisations that cannot accommodate the diversity of experiences that make up today’s India.

As a Kayastha from UP, he may be able to speak of an educated elite that predates the British, but as a Jutt Sikh from Punjab, I have no connection with any such elite. In no way is it possible to speak of an ‘Indian’ elite at that point. I can find no reason in my past to believe that there ever was an idea of India I could have shared with a UP Kayastha before 1947. For me, the idea of Mughal power as a benign, syncretic force is a defiance of my own history. For him to speak of the mutiny of 1857 as the first war of independence is to contest my view that the mutiny was the last gasp of a feudal power restricted to the Indo-Gangetic plains that had only a decade earlier collaborated in the end of the Sikh empire. In my history, the British were preferable to this ragtag rebellion.

These contesting personal ideas of history are what make the project of India that began in 1947 so unique. Nothing in the past had prepared us for such an idea. The India we know is not an idea created by the British, though they were unwilling collaborators. It was shaped by the Independence movement. Varma, in untenable ways, wants to extrapolate this India back to an ancient past.

It is only by assuming such a past that he can think of the introduction of English as a break in the completeness of an ‘Indian’ culture. But why then should the use of Persian by the elite in the Mughal Empire have been less damaging? And what of Sanskrit, restricted as it was to an even more selective elite defined not only by power and wealth, but also by caste? Just because it was from the ‘Indian’ soil did not make it less damaging in its imposition of cultural inferiority on a vast majority of the populace.

Even if we leave aside these arguments and accept that Varma is right as far as our elite today is concerned, his prescription of Hindi as a replacement for English remains problematic. For one, our national project is far more vast than the nationalism invoked by the French, Russians or Germans. To borrow their idea of a national language is to fall prey to the same devaluation of plurality that makes France a perfect example of secular fundamentalism. Inherent in our humanity is an idea that we are all able to tolerate a handicap that applies to all of us, but a handicap imposed selectively is intolerable. From Tamil Nadu to Punjab, this idea of imposing Hindi has provoked violent reactions before, and to call for a repeat of such folly is to inflict damage that exceeds any that cultural deprivation can impose.

The choices this leaves us are not very palatable. English indeed will continue to impose the inequalities it engenders on our national project, but the alternatives are far worse. If culture and identity have to give us a sense of being Indian without the inferiority Varma analyses so well, the answers lie not in language, but institutions. Notions of culture are in the end mediated by institutions and it is strange that as an IFS officer who has headed the Nehru Centre, he has side-stepped such an issue.

At the simplest level, far more than any change in language, it is the change in the colonial idea of a two-tiered bureaucracy embodied in the IAS and IFS that can mark the first steps of our liberation. If we have to begin, it must be by dismantling the culture of brown burra-sahibs. It is this two-tiered bureaucracy where brown sahibs enter at the rank that British officers once entered at that has mediated the education policy that precludes quality primary education for the large majority. When was the last time the children of IAS and IFS officers studied in a local government school?

If it were so, we could combine an educated population educated in English with a growing economy and this would suffice to make many of Varma’s grouses disappear. Today, The Guardian commands attention not because it boasts writers better than the ones India produces, but because many of our best writers write for The Guardian. They do so because it pays ten times as much as any publication in India. This is already changing, and our real challenge will arise in the next decade or so when much of this disparity will disappear.

Can we then begin to address our problems in a language that is not of this soil? Varma believes it is impossible. I feel we have no other option. Treat the language as our own and we can begin reshaping it, as men such as Raja Rao and GV Desani have already done. Treat it as an alien imposition, as Varma insists we must, and we will be doomed to our inferiority.