Struggles and sororities in a Bengaluru slum 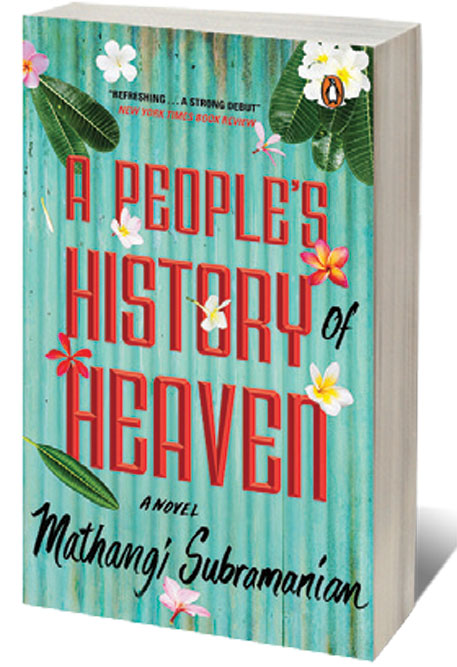 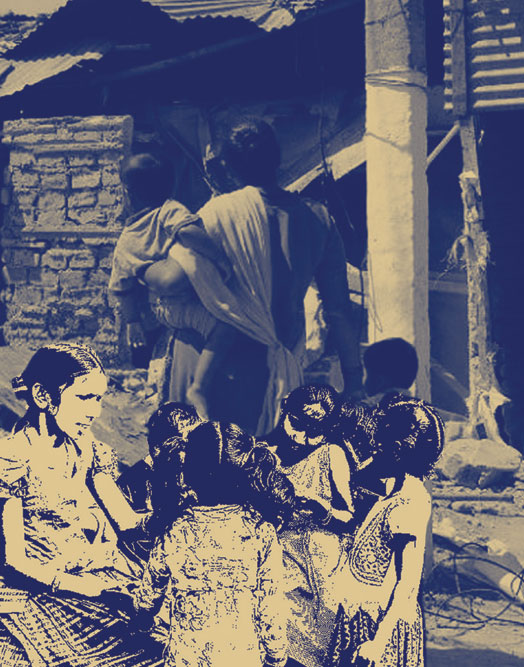 
A PEOPLE’S HISTORY OF Heaven is the tale of five plucky girls from a Bengaluru slum that springs from the ‘fiery cauldron of female friendship’, as gal pal extraordinaire Leslie Knope (from the TV show Parks and Recreation) would put it.

Set in the shantytown of ‘Swargahalli’ or ‘Heaven’, the novel unfolds over a weekend in March during Holi, when a demolition crew arrives to raze ‘Heaven’ while the world outside bursts into a riot of colours and government offices take the day off, leaving desperate calls unanswered. In this short eventful period, Mathangi Subramanian takes us through the stories of the women that make this community of Heaven—the girls Deepa, Banu, Joy, Rukshana and Padma, their mothers, grandmothers and teachers—the places, marriages, and castes they have fled from, the sites of their rebellions, first loves and first encounters with sexuality, and friendship.

Heaven, the reader is told, ‘is nothing if not a series of crises. Men lurching home after midnight, collars and shirtsleeves blotted with blood. Women rushing to the police station to post bail for a son wrongfully incarcerated, a husband rightfully restrained. Children stumbling out of tin-roofed huts where their mother has died giving birth, cradling babies swaddled in torn up saris, blinking their newly orphaned eyes’.

The stories of the lives of the women of Heaven are narrated by an unnamed chorus. We visit the girls’ school on the day of a dance competition where Deepa, whose blindness refuses to dampen her love for dancing, expertly thrusts like Madhuri and pouts like Kajol, much to the comical frustration of their teacher Sushila Miss. We stalk the night with Banu, the Banksy of Swarga, as she goes from making kollams in front of houses with her ajji to spray painting political graffiti that makes the girls proud and the adults uncomfortable. We accompany Selvi aunty to the community hall in Heaven where her family is reborn as Christians and her youngest son Anand becomes her daughter Joy.

We watch the tomboy Rukshana in the large, leafy banyan ‘mandap’ tree, her hands intertwined with Leela’s, dreaming together of a place where there are no fathers nor toddy shops, ‘where girls get jobs and boys make sambar… a place with an orchard full of banyan trees and closet full of cricket bats.’ We go along with Padma and her mother Gita aunty to the post office where all the letters that couldn’t find their addresses return, where Padma meticulously crafts replies to these unanswered letters and where she unearths a dark family secret. We take courage and comfort from the girls’ wise headmistress Janaki ma’am, whose fierce spirit guides not just the girls but also their mothers and grandmothers.

The backdrop of A People’s History of Heaven is bleak, their struggle is all too real, but in Subramanian’s hands, the writing has a cadence, there are even flashes of comical brilliance in Sushila Miss, Selvi aunty and Joy’s characterisations. However, one wishes there was more bite, more flesh, to their lives and how they tell it. That men, both good and bad, appear on the peripheries of the story, even the community of Swarga, is not incidental but a feminist vision to recast women, particularly those who are migrants, slum-dwelling, marginalised, unseen and unheard, as agentic beings who are in control of their own narratives.

Subramanian’s experience of working with anganwadis, in urban slums, shows in this work, as it did in her previous book Dear Mrs Naidu (2015). A People’s History of Heaven may be set in a Bengaluru slum, but the stories are universal. How this community of different women migrates to big cities in search of better lives, education, and freedom for economic, social and environmental reasons; how inequalities of opportunity persist, especially for women; how organising and agitation start and build; and how dispossession is always around the corner for the marginalised. In Heaven, Bengaluru’s Swarga, crisis is averted, but only for now.