What makes men and women different 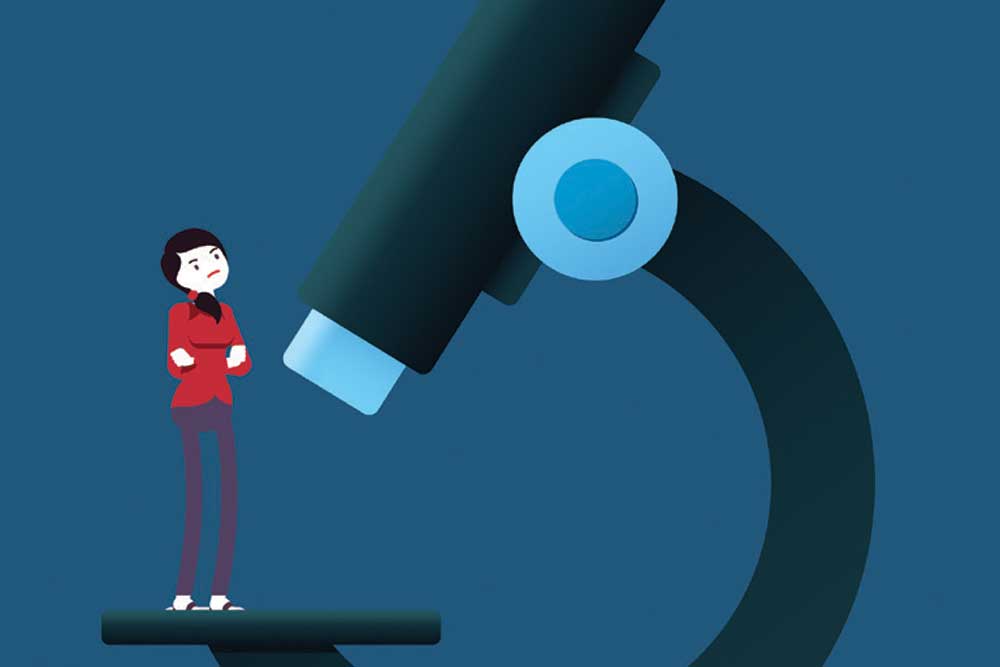 SOME YEARS AGO, I wrote an unremarkable blogpost about the lizards I study in which I said that we would understand these lizards better if we paid attention to both males and females instead of thinking only about male lizards’ biology, as many scientists are curiously wont to do. After all, ignoring half of anything prevents us from painting a complete picture of it, and you would think that scientists are in search of complete pictures. But two comments on that post epitomised much of science’s calcified view towards feminism: one commenter used the post to poke fun at his feminist wife, and the other explained, scientifically of course, why males warrant more attention than females because they ‘evolve more’. I ignored the first commenter, and explained as best I could to the second that he was wrong, all the while wishing I could say more, explain better. But now I don’t have to, because Angela Saini has written Inferior: How Science got Women Wrong.

Inferior is about how we understand the messy business of differences, or lack thereof, between men and women. I expected to like Inferior, and initially, I did not. My initial dislike turned out to be the discomfort of being challenged to consider different perspectives. Saini’s even-handed exploration of the science of sex differences will cause most readers to cheer her on in some sections and disagree vigorously in others. The book follows a narrative of learning and discovery that grapples with scientific points and counter- points. Saini guides us through the weeds but also pulls back to show us the complex scientific-political landscape of sex and gender.

In uncovering what we actually know about whether, how, and why women differ from men, Saini tackles all types of evidence, be it medical, historical, sociological, anthropological, neuroscientific, psychological or evolutionary. The book starts by cleverly coupling our understanding of sex differences at birth and the birth of the science of sex differences, then discusses the history of hormones, babies’ preferences, and infanticide in Hanuman Langurs, among many other things, and ends with hotly debated hypotheses to explain menopause. Throughout, she pays attention to when the science might be sexist. As she puts it, ‘words that sound deeply objectionable at a dinner party sound remarkably plausible when they’re falling from the mouth of someone in a lab coat. But we need to be sceptical.’

It’s tough to know what to make of the messy portrait that Saini paints. On one hand, you can’t deny that we’ve made progress, challenging scientific dogma to move beyond tired stereotypes of men being from Mars and women from Venus. On the other hand, the commenters on my blogpost don’t sound too different from Charles Darwin, who insisted on an evolutionary basis for female inferiority. Either way, Saini is right that ‘the battle for minds in the fight for equality has to include the biological facts.’

When you are a biologist and a feminist, you realise how closely intertwined your scientific and political thoughts sometimes have to be, to make progress on either front. But on this journey to understand nature and the world, you come across some who question the objectivity of your science because you are a feminist, and others who dismiss your feminism because you make a scientific argument they do not like. At these exhausting moments, you long for a book that you can throw at these naysayers, a book that patiently depolarises the debate surrounding what science can and does tell us about whether men and women are different from one another. You want a book that takes the science of sex differences seriously, but also heeds the huge influence of cultural norms and social mores on how scientists conduct their research. What you long for, above all else, is unapologetic nuance. Inferior is exactly the book you long for.

Ambika Kamath
Ambika Kamath is a behavioural ecologist at the University of California, Santa Barbara