The struggle behind the female vote in Britain 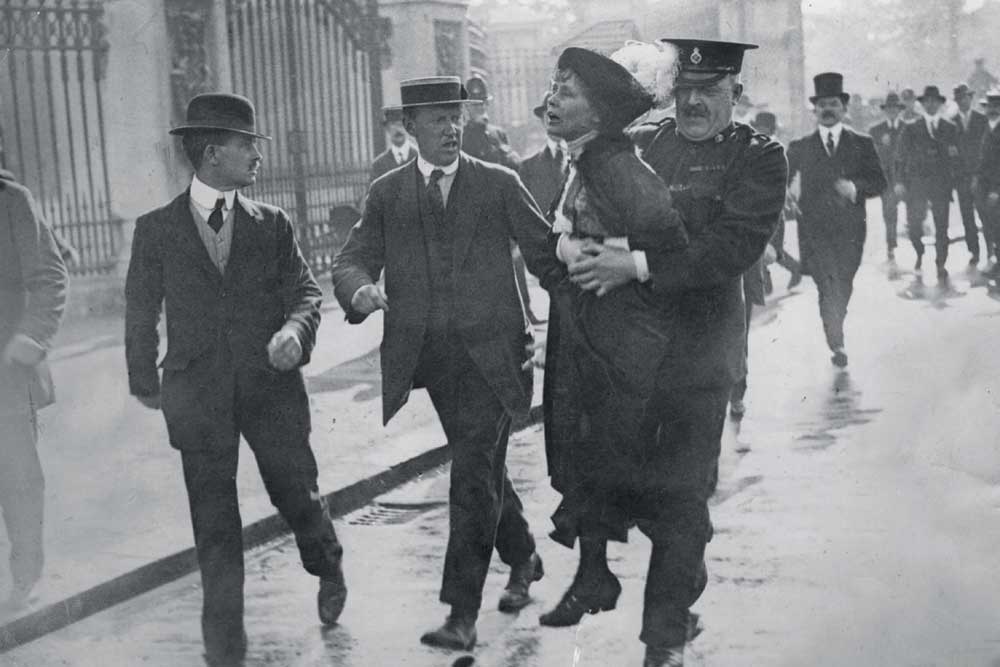 METOO #INCLUSIONRider #BeBoldForChange… The battlefront may have changed from marches to hashtags, but the fight for gender equality continues to be waged. Proof lies in Italian writer Elena Ferrante’s recent column for The Guardian, where she wrote, ‘Even today, after a century of feminism, we can’t fully be ourselves, don’t belong to ourselves. Our defects, our cruelties, our crimes, our virtues, our pleasure, our very language are obediently inscribed in the hierarchies of the male, are punished or praised according to codes that don’t really belong to us and therefore wear us out.’

But, to look onward, we need to draw lessons from the past. 1918, the year women in the UK got the vote, was a watershed moment in history. In the 19th and 20th century, thousands aligned themselves to a single purpose: ‘a solemn renewal of the self-dedication to the cause of the freeing of half of humanity from the position of political serfdom… we are, without any power of self-defence by means of representative institutions,’ as Millicent Fawcett, a prominent suffragist (a non-militant suffrage campaigner) leader said.

The suffragettes (militant women who campaigned for the vote) rattled many a government (they forced Winston Churchill to shut up at a meeting in Scotland), stalked prime ministers, burnt houses of members of parliament, chained themselves to the railings outside 10 Downing Street, slashed artworks like Velázquez’s The Rokeby Venus, and even wielded a hatchet. Diane Atkinson pays homage to them in Rise Up Women!: The Remarkable Lives of the Suffragettes.

This deserved tome reads like one of the famous marches the organisation behind the suffragettes Women’s Social and Political Union (WSPU) held at the time. Page after page, we encounter extraordinary women who got sexually harassed, were force-fed even through the vagina, lost babies, children, parents and staked their social status, to be known as empowered women in the eyes of law. Atkinson sutures her exhaustive research into a fine weave of mini biographies that tell the story of the suffragette campaign.

It all starts with the founder of WSPU and the movement, Emmeline Pankhurst, who along with her daughters Sylvia and Christabel engineered one of the 20th century’s most single- minded political campaigns. Thousands of women, shaking off their Victorian proprieties, embraced the cause and dared to stoke public opinion for 15 years until they were enfranchised.

Besides the well-known suffragettes, Atkinson etches out the backgrounds of school teachers, butchers’ and blacksmiths’ wives, dressmakers, shopkeepers, mill workers, scientists, doctors, teachers, graduates, painters, musicians, actresses, writers—to paint their parts in the struggle. She does so to dispel the notion that this was a campaign carried out by the affluent, as was the case of Constance Lytton (daughter of the viceroy and governor-general of India), and princess Sophia Duleep Singh, the only Indian woman (daughter of the king of Punjab and goddaughter to Queen Victoria).

The suffragettes were exemplary as they fashioned suffragette marriages, and discovered homosexual relationships while working for their cause. The campaign is also a textbook case of the idea ‘publicity is power’ as they designed campaign colours— purples, green and white, and sold all sorts of merchandise including a card game called the suffragette, jewellery in suffragette colours, tea, cigarettes, stationery, and wrist bags. This book vividly recreates the trailblazing political campaign for half of humanity, including the afterlives of suffragettes. Pick it up to discover how we can apply their motto, ‘Deeds, not words’.