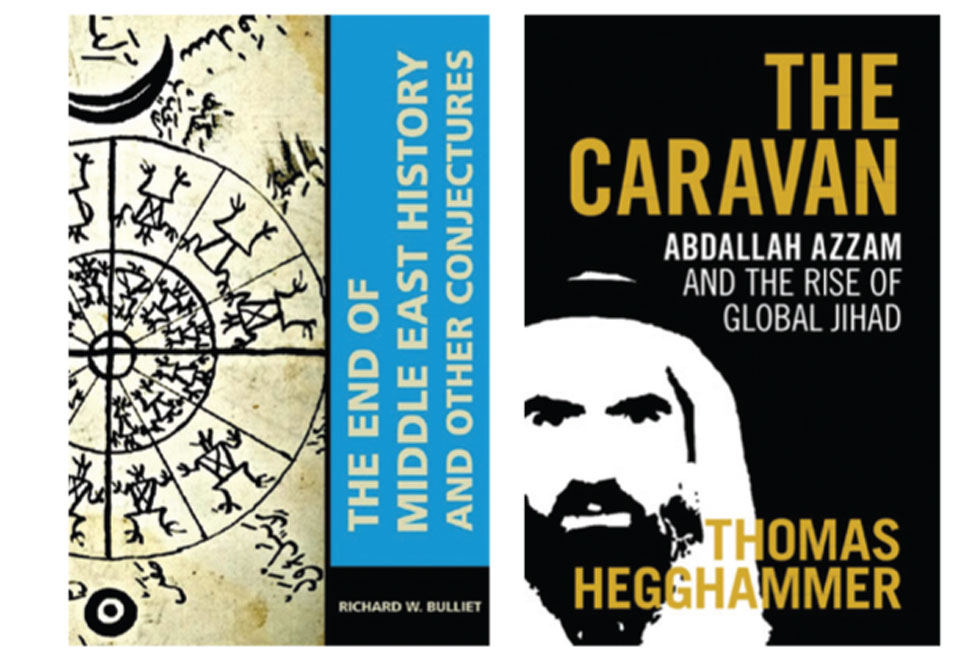 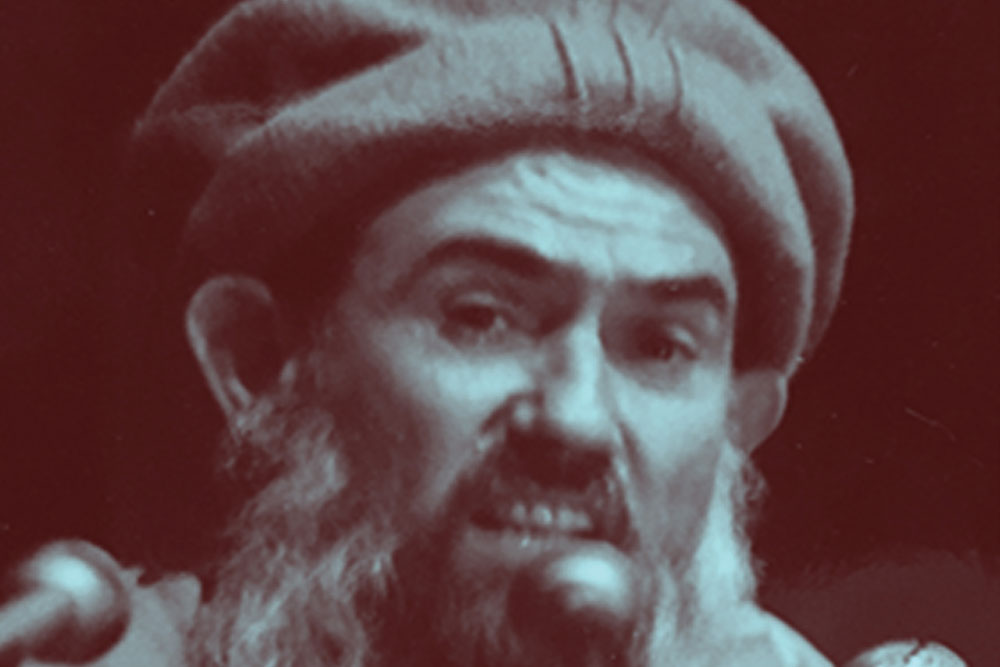 
WHEN ABDALLAH AZZAM died in a bomb blast on November 24th, 1989, he was a little-known cleric turned into a jihadist. Intelligence services in the Middle East had heard of this Palestinian but he was among the multitude of such people floating around, too much of a needle in a haystack to be bothered about. In stark contrast, in Islamist circles, he was a legend. A scholar who could not be bound in the confines of a university, he was an organiser par excellence. Azzam, it can be safely said, gave an organisational spine to the Afghan jihad. Through his Services Bureau, opened in Peshawar in 1985, he funnelled men, money and material to Afghanistan. The dominant impression of the Afghan war is that portrayed in the films Charlie Wilson’s War (2007) and The Bear Trap: The Defeat of a Superpower (2001), the memoir of Mohammad Yousaf, an Inter-Services Intelligence (ISI) officer who spearheaded the Pakistani side of the venture.

In The Caravan: Abdallah Azzam and the Rise of Global Jihad (Cambridge University Press; pages 718; $34.99), Thomas Hegghammer sketches a more complicated reality. Hegghammer, a scholar at the Norwegian Defence Research Establishment, shows that ‘Afghan Arabs’ were a vital complement to the funnelling of arms and money by the US and Pakistan. If anything, the flow of men and resources from Islamist charities and Middle Eastern governments through organisations like Azzam’s Services Bureau imparted a religious colour to the fight, a legacy that far outlived the Soviet invasion and continues until now.

At one level, the book is an exemplary microhistory of an important individual. It has taken the author close to 13 years of travel and traversing through documents and interviews to finish the book. Read thus, it will largely be of interest to specialists who track such individuals and their influence. But at another level, the book merits a far wider audience. Seen from the perspective of rational political science, it sketches a modal jihadist journey where countries, institutions and chance play a huge role. Azzam, who was born in Palestine before the formation of Israel, the combination of religion and fervour for his homeland was unique. In the 1960s, he fought along with Fatah, the Palestinian nationalist party, along the Israel-Jordan border as a member of a fidayeen squad. Later, he continued his studies and ended up acquiring a PhD from Al-Azhar, probably the most prestigious centre of Islamic learning in the world. Appointed a lecturer at the University of Jordan, he did not last long in the kingdom. Expelled from Amman, he landed in western Saudi Arabia. His final journey was to Pakistan.

In all this, a set of Saudi institutions—religious universities and non-governmental organisations—played a vital role in matching the supply of men imbued with a religious bent to the theatre where they were most needed: Pakistan and Yemen. Jihad as an idea alone probably would not have had much traction unless it was backed by a set of institutions. Organisations like the Muslim World League (MWL), modelled after the Vatican and UNESCO, were an important conduit in this process. They also acted as a safety valve: jihadists were funnelled away from the kingdom to other parts of the world, rendering the House of Saud safe from any religious-cum-political turbulence.


The arc of Middle East, from shores of the Atlantic to the Indian Ocean, has been an exceptionally turbulent region in the 20th century. It is fashionable to blame British and American imperialism for its distempers. There may, however, be deeper reasons why this is so

This pattern has continued since then with somewhat mixed success. The Pakistani strategy of sorting jihadists into good—meant for export to destinations like Kashmir in India—and the bad, meant for liquidation, is based on the Saudi template. But in the absence of matching resources, intellectual and material, it has landed the country in a mess. With the exception of Yemen, the Saudis ensured that none of the jihadist theatres were near home. If they were, as for example in the case of Anbar and Al-Muthanna provinces of violence-wracked Iraq, then other coping strategies proved effective. There was no blowback. In any case, the use of jihadists as political tools displayed a degree of care and effectiveness that Pakistan was incapable of.

The interesting question, one not fully explored in Hegghammer’s book, is that of the relative balance between nationalism and religious zeal in individuals like Azzam. It is interesting to note that while Azzam struggled for Palestine, he thought exclusively in religious terms. His reason to give up fighting against Israel in his long career was pragmatism: he saw little hope in a successful fight. When he got interested again in Palestine, it was at the fag end of his life when the Palestinian intifada, led by Hamas gained some traction. His bitterness and hatred for other nationalist Palestinian fronts was a product of his wholly religious outlook. A journey of jihad has no end except meeting one’s maker; a nationalist journey, in contrast, is always centred on one’s homeland. A Simón Bolivar may live in Spain but will end up in Gran Colombia; an Azzam born near Jenin can only finish his days in Pakistan.

Can things be different? In The End of Middle East History and Other Conjectures (Ilex Foundation/Harvard University Press; pages 130; $17.95) Richard W Bulliet provides a different answer. In a speculative but very interesting essay in the book, he looks at how the Middle East would be like in the year 2099. After more than 150 years of fighting and wrangling, Israelis and Palestinians have given up. Israel has been remodelled as a binational state much like its northern neighbour Lebanon. In time, Israel comes to gain acceptance by Arab states and the US withdraws from the region. That’s not all: Iran loses ideological traction in the area as a result of the Israeli compromise.

It is hard to assess if matters will indeed turn out that way. Bulliet, with a career in history clocking more than 50 years, is engaging in some fine end-of-innings speculation. He is certainly entitled to and if one may, one wishes there were more such ‘conjectures’ by scholars. The book has 12 short essays, which make immense sense. In ‘A Big Bang, Big Crunch Theory of Islamic History’, he borrows astrophysical terminology to look at the four ages of Islam from the time of Prophet
Muhammad. Each age began with a ‘big bang’ and expanded. Then came a ‘big crunch,’ when things were redefined and another big bang followed. This ibn Khaldun-like sweep sucks in everything from the Battle of Badr to Sufism and from Kharijism to al Qaeda. The pieces would put an op-ed writer to shame in their wide strokes of learning and brevity bundled together. It goes without saying that few, if any, op-ed writers can match the erudition of Bulliet.

He notes, ‘The Muslim umma seems to possess a ‘gravitational’ force that keeps it from diverging indefinitely and draws it back to a new center once a cycle of expansion has reached some limit. This sets Islam apart from comparable world faith communities of Buddhism and Christianity, which have progressively subdivided over time with very little recentring.’

The arc of Middle East, from the shores of the Atlantic to the Indian Ocean, has been an exceptionally turbulent region in the 20th century. It is fashionable to blame British and American imperialism for its distempers. That remains the dominant flavour of academic understanding of the region’s politics. There may, however, be deeper reasons why this is so. The age of American intervention there is almost at an end. The time ahead will tell whether that presence was baneful or something else is at work. It is in books like those written by Hegghammer and Bulliet that one can look for answers, however partial they may be.