Rekha: Missing From the Frame 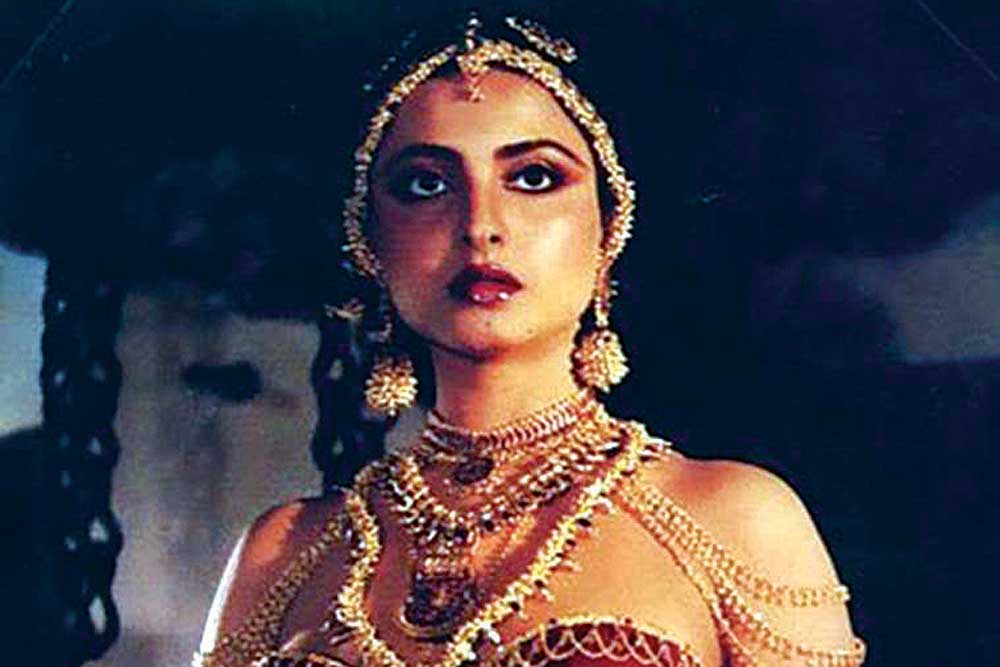 A JOURNALISTIC PIECE on someone’s life—a profile—is tricky to nail, for it deconstructs something that’s difficult to understand: a person. No matter how meticulously researched and assiduously reported, a profile can never be a definitive account of someone’s life. Because unbeknown to themselves, people, at times, aren’t even honest to their own selves, fashioning narratives of self-deception, where they’re free of guilt, fault and blame. This reticence is so internalised that even a best-case scenario—a candid interviewee talking to an interested interviewer—is, at some level, a compromise. A profile, however, still remains a fascinating and important journalistic form, for it, to varying degrees, helps plug the gap between the past and present, motive and action, person and persona. If a profile is tough to pull off, then a biography—the former extrapolated to book-length form—is considerably tougher. This exercise becomes further complicated, even frustrating, if the person in question declines to talk about her life. Yasser Usman’s Rekha: The Untold Story, for the same reason, has stories aplenty about Rekha, but not what she feels about them.

But before talking about this book, it’s instructive to find out what its author, Usman, in his own words, is trying to achieve here. The Author’s Note, is bookended thus: ‘Who is the real Rekha? Is she the mysterious and elusive woman of the years after her doomed marriage? Or the carefree and loudmouthed teenager who never shied away from speaking her mind? Is she the product of her association with Amitabh Bachchan? Is there more to the story of Bollywood’s ‘eternal other woman’?’ These lines are quite odd, for they reduce a person—and her complex life story—to a bunch of questions, as if they lend to straightforward, verifiable answers, as if it’s even possible to understand the essence of someone. Further, they seem mutually exclusive, believing people have to be either one way or the other, ruling out any contradiction or ambiguity.

Since Rekha didn’t speak to Usman, and, according to him, those close to her, both personally and professionally, ‘spoke about her in the most sexist of ways … always off record, of course … and on record made generic, platitudinous statements’, he could interview only a few from the film industry (directors such as Gulzar, Muzaffar Ali, Shyam Benegal, Saawan Kumar), and, as a result, Rekha, the actress, is largely missing from this book. Usman, to his credit, though, makes his stand clear, clarifying that Rekha, at least in her initial years, wasn’t interested in acting (quoting the actress herself), and later credited Amitabh Bachchan for the change in her attitude. But, either way, this book is only a superficial account of Rekha’s professional life; there’s a chapter dedicated to her foray into arthouse cinema and Umrao Jaan later, but it seldom dives deep into the mind of an important Bollywood actress.

The other sources in Rekha: The Untold Story are journalists, Rekha’s own interviews (mostly before 1990), newspaper and magazine pieces and books written on her. These secondary sources, especially the pieces on Rekha, do little to help us understand her, because entertainment journalism in India has shown, both in the past and present, a gratuitous obsession with an actress’ personal life. Worse, a lot of film writing in the 70s and 80s centred on gossip, rumour and sensational scoops. Of course, there is, after all, such an oxymoronic thing as a credible rumour, but it can’t be relied upon, at least not often, to flesh out a narrative of someone’s life. As a result, it’s difficult to trust this book, simply because we just don’t know how much of it is true. And Usman agrees, for he frequently uses words (sometimes in successive sentences, sometimes in successive pages) such as ‘perhaps’, ‘apparently’, ‘allegedly’, ‘reportedly’, and phrases like ‘there were murmurs’, ‘we’ll never know the truth’, ‘difficult to ascertain’, ‘one is tempted to speculate’, ‘according to reports’, that it takes a while to get used to this reality.

In this country, nothing’s considered more dangerous than a woman who dares to chart her own course. Rekha tried, and she succeeded

Besides being authentically dubious, these sources are also problematic because of their very nature. Tabloid journalism, for long, has thrived on seeing an actress through the lens of men in her life—co-stars, boyfriends, husband—and the relationship she shares with them, her worth always a function of affairs and scandals. Usman’s book has that same tilt, too. Beyond her romantic liaisons and how they affected her, there’s very little of Rekha (the actress, the friend, the colleague) in the book. Instead we, for the most part, see a woman whose husband committed suicide; who was known for affairs with her co-stars, Jeetendra, Vinod Mehra, Kiran Kumar and, of course, Bachchan; who was seen as an outsider, an outlier. You can probably understand why; that’s the material widely available on Rekha, because it was that Rekha everyone loved reading about.

Rekha: The Untold Story, especially in its first few chapters, also suffers from tepid, cliché-ridden, at times even mawkish, writing. Here, Rekha rose ‘like a phoenix’, ‘gave her soul to each relationship’; ‘rumours spread like wildfire’, a dramatic moment came on ‘a fateful night’.

And yet, despite a few obvious flaws, some of which could have been fixed by smart editing, the book is not without its share of merits. Usman understands the mechanics of a narrative; the different transitions in the book feel smooth and credible. He has an eye for human drama, cleverly defining what’s at stake in different phases of Rekha’s life, so that we are constantly intrigued by and care about her story. But, most importantly, Usman does something more valuable: he shows empathy, something Rekha has been denied for long, both by journalists and those who were once close to her.

Her father, Gemini Ganesan, the iconic Indian star, abandoned her in childhood and publicly acknowledged her as his daughter nearly six decades later, when she presented him a lifetime achievement award. She was rejected by not only several men in her life but also their mothers, who judged her for who she was: bold, independent, carefree. And, many years later, several in the film industry bizarrely held her responsible for her husband’s suicide. In this country, nothing’s considered more dangerous than a woman who dares to chart her own course, speak her own mind. Rekha tried, and she succeeded. She was, of course, made to pay the price for it, but she didn’t let her detractors win, either.

Usman, mostly with the help of archival material, doesn’t shy away from examining different aspects of Rekha’s life—her relationship with her mother (who forced her to become an actress at the age of 14), Bachchan (which, even after three decades, still makes news), Farzana, her long-time secretary (a bond always written about in prurient tones)—but in this book, none of that is presented luridly. Usman, of course, doesn’t know Rekha, but he does know that she’s been wronged over the years, that she deserves to be humanised, written about without judgement.

‘It was almost as if I were to be blamed for it, when I rightfully felt that I had to be sympathised with. I needed people to understand, be with me, but there was no one,’ Usman quotes Rekha from an old interview, where she talked about how the film industry boycotted the premiere of Umrao Jaan, for ‘it felt it was in bad taste to throw a party when Amitabh was critical’ (he had gotten injured while shooting Coolie). It’s difficult not to be moved by her words, for this story is both familiar and repulsive, and various versions of it still linger: of a free-willed woman being taught a lesson, for she dares to be on her own.

It’s unlikely that Rekha will ever write an autobiography and present her side of the story. We might never get to know the real Rekha. Perhaps that’s how it should be: every star deserves a sky of her own.