Mita Kapur’s book is another addition to the feast of books that present food as memoir, politics and history 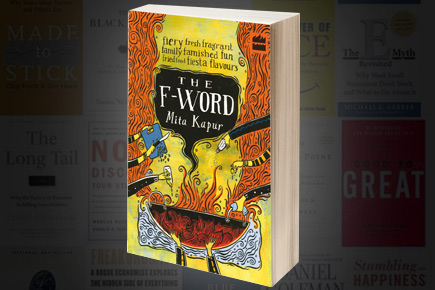 Mita Kapur’s book is another delectable addition to the feast of books that present food as memoir, politics and history


In Haruki Murakami’s short story ‘The Second Bakery Attack’, the narrator and his wife of two weeks find themselves one night with ‘an unbearable hunger’. As newlyweds, strangers yet to one another’s living habits, they find in their refrigerator six cans of beer, a few shrivelled onions, and a bottle of French salad dressing. They then ‘attack’ a McDonald’s, hold up the staff for 30 Big Macs, and thereafter quell the ‘tornado’ like hunger in an empty parking lot. Having thus pacified the metaphoric demonic possessions of the past, they are ready to begin their new life together.

Personal narrative constructed around food is rich not just with individual meaning and signification; its fecundity may also be explored in the sociological context of its creation. John Thieme and Ira Raja, the editors of The Table is Laid, an anthology of essays, fiction and poetry by South Asian writers, offer that it is impossible to separate food from its social context.  Be it a romance, a marriage, a journey, an accomplishment, a break-up, a rainy day or even a freedom struggle—there is always a food story to tell.

A cursory glance at the food and drink section of a chain book store, densely populated by the many mutative productions of Sanjeev Kapoor, Tarla Dalal and Nita Mehta, reveals such titles as The Bollywood Cookbook (a timely union of populist tastes we are told), Healthy Foods for Super Kids, Tangy, Tart, Hot and Sweet, and ‘not a book for the timid’, Khana Sutra—an aphrodisiac cookbook.  A new entrant to this expansive cosmology of Indian food writing is Mita Kapur’s The F-Word (the title is shared by Gordon Ramsay’s magazine/TV show)—a professed ‘chaotic culinary romp’. The book, in a memoirish rendering of a working woman’s familial duties, contains anecdotes, oral accounts of family elders, descriptions of parties, vacations, road trips and the odd bit of historical fact. From recollections of the ‘torturous first flush of romance’ and birthday feasts to mother-teenage daughter discussions on existentialism and militant feminism, Kapur combines recipes of all kinds with pithy wisdom as she caters to her family’s voracious appetite. Rife with parental love, wifely charms and giggly inflections, she informs us that ‘cooking is not a mundane activity: you move the soul and spirit of the people you feed’. Operating well within the ‘discourse of spice and exoticism’, the authorial tone is predominantly one of gamely volubility as she seeks to entertain with the open armed generosity of privilege and class benefits. Navigating the twee-ness of it all involves embracing the primary enticement of food writing – the promise of voyeurism and its illicit delights. A peek into someone else’s kitchen (or tiffin dabba) is pleasurable social intercourse —‘food related emotions’ are excited, engagement and kinship are advanced. The ‘drama and high emotion’ of Indian food is invoked through the ‘salsa dance’ like sensuality of the Surajmukhi kebab  amongst others.  Rich curries, meats, fish, pulaos, biryanis, and lastly, desserts, are integrated into the desultory narrative alongside accounts of the author’s mother’s early years in the Philippines, Ved Uncle’s Jaipur restaurant Niros, and the Rani of Deogarh’s observations on Mewari cuisine. All of this makes for interesting reading in their evocation of history and migration. The author’s family traditions of ‘Mangodi’ and ‘Badiya’, are particularly interesting. A quick read, the book’s frothy, crowd-pleasing manner will not be lost on popular readers.

Inhabited by a well-adjusted and well-heeled contemporary Indian family, the book’s narrative points to a broader discourse of national identity linked to consumerism. The globalised menu featured in the book mirrors the rapid increase in specialty cuisine restaurants in urban India. From chimmichangas to injera, rocket to leeks, gluten-free to molecular gastronomy, Alain Ducase to Joel Robuchon, the lexicon of food globalisation is freely available to those who desire it. In his essay ‘Eat Out, Eat In’, journalist Ashok Malik points to our new tastes and our ‘Indianising’ propensity to adapt other foods. He suggests we look no further than our economy. This culture of acquisition of culinary capital is merely one element of consumerist desires; our gluttonous and insatiable appetites hint at many others.

The nation from within is well represented through regional food books, and increasingly so, as noted by journalist Vikram Doctor in his keenly observant food column in the Economic Times. The Suriani Kitchen, My Bombay Kitchen: Traditional and Modern Parsi Home Cooking, Anglo-Indian Food and Customs, Khoja Khana, Essential Marathi Cookbook, Wazwaan: Traditional Kashmiri Cuisine, The Essential Andhra Cookbook are but a few of the English titles.  The last title by Bilkees Latif recalls an essential and attractive feature of our Subcontinental character—syncreticism. The author writes evocatively of the preparation of pathar gosht by the cooks of the Siddi Risala, the Abyssinian guards of the erstwhile Nizam, who break out into ritualistic dance afterwards. The mixing of Persian, Arab, Central Asian Mughal with Parsi, Kayasth, Marwari, Anglo-Indian and of course, Telangana and Andhra influences, points to our syncretic reality, tellingly absent from our politics. This unique blending of faith, traditions, beliefs, rituals and food is a more authentic representation of our oneness than Bollywood or cricket.

The ‘food nation’ is also constructed by Indian immigrants abroad: from langars, Diwali parties, wedding feasts, curry houses and Indian diners to diasporic writing—Gandhi to Naipaul, Madhur Jaffrey to Anjum Anand, Chitra Banerjee Divakaruni to Jhumpa Lahiri—there is a great deal of food-centric diasporic writingexperience catering to all palates. In pre-Google days, Somesh Rao’s The Graduate Student’s Guide to Indian Cooking provided an ameliorating means for bewildered Indian students, including this author, to tackle their displacement, homesickness and empty pockets.

Any such survey of Indian food writing can only be plagued by omission. Given the variety of interesting writing, one can only anticipate more, palatable to all manner of tastes—from the populist to the fetishistic. Food sustains life (or destroys it on occasion), and the metaphor of food, as writer/scholar Rukmini Bhaya Nair notes, is ‘deeply embedded in our language and customs’. It is inevitable that we discuss, imagine and write about food as we seek to extend our knowledge and experiences, occasionally reminded perhaps, as Jamie Oliver puts it, that ‘life is too short to eat crap food’.