Power of the People

Cracks in social foundations can break up democracies 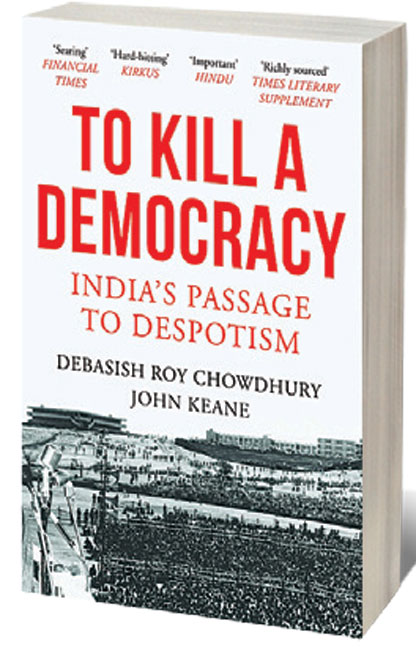 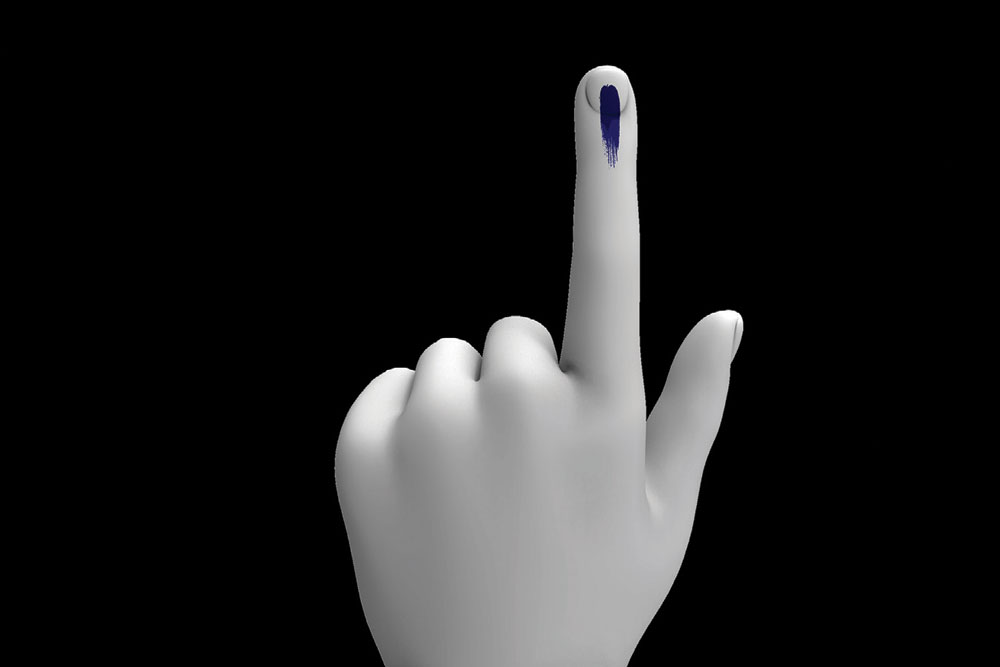 
THIS IS A book on democracy in India. It also examines how democracies potentially die. But this book—unlike other recent books, including the influential book by Steven Levitsky and Daniel Ziblatt (titled How Democracies Die: What History Reveals About Our Future) doesn’t view the phenomenon from the contexts of the two typical causes of democratic eclipse in any country. Which is either a sudden plunge into a dictatorship by means of a military coup, or a slow demise caused by degeneration of institutions, effectively by the powers that be, by removing the guardrails that protect a democratic system.

The first is, for instance, what Augusto Pinochet did in Chile or what Muhammad Zia-ul-Haq did in Pakistan. The second, to give a recent example, is what Donald Trump tried to do in the US by weakening government institutions.

The authors of this book, academic John Keane and journalist Debasish Roy Chowdhury, go beyond the two common precepts to argue that democracies also perish when you, to use the term popularised by the late iconic American Black writer James Baldwin, “disesteem” people in their social lives. The denouement is the rise of a demagogue who the people would look up to as a redeemer of sorts, who as a result, acquires a predominant position that helps him or her do all kinds of undemocratic things, as he or she is wont to, in the name of the people.

Worse, the authors posit, he or she is able to redefine the people whose destiny he or she presides over. Toxic politics marked by degradation of the social foundations of a country that feeds upon pushing people to the fringes will have a backlash. What follows, according to this book, is a backslide into chaos from a system that is considered democratic. They don’t dispute various aspects of each theory coexisting as democracies move into a comatose state. The examples cited to argue their case are Recep Tayyip Erdogan’s Turkey and Viktor Orbán’s Hungary.

After its launch by Oxford University Press (OUP) last year, the book was expected to be published by OUP’s India arm. But that did not happen allegedly after an article appeared against Chowdhury, a Hong Kong-based journalist, in a conservative magazine about a story of his in Time magazine. It was after Keane, professor of politics at the University of Sydney and WZB (Berlin), publicly tweeted to OUP India over the delay in publication in India that the company released a statement that it was returning the rights to publish the book in paperback in India (besides Pakistan, Bangladesh, Sri Lanka, Nepal, Bhutan, and Myanmar) to the authors. Finally, Pan Macmillan India agreed to publish it here for which they deserve our gratitude.

Although the book is projected in some quarters as a move to critique the present Central government in India, it stays far from such motivated propaganda. The authors do cast the net wide, bringing in people’s lived experiences in small towns and villages of states ruled by opposition parties at the Centre as well as international experiences besides offering theoretical and historical insights into the subject that must serve as a warning to those interested in living in democracies.

An outcome of three years of labour, this well-researched book deep-dives into the ills of India’s society through painstaking case studies from various parts of the country. Take the story of Tamanna Simhadri, a transgender candidate from Vijayawada in Andhra Pradesh, who took on Nara Lokesh, the son of former Chief Minister of Andhra Pradesh and Telugu Desam Party chief N Chandrababu Naidu. The authors launch the narrative from this candidate, who is largely representative of the common man, to cover the importance that money plays in any election. Based on investigations and interviews, they estimate that ₹ 30,00-40,00 were distributed per voter by the two main parties in that election. The gap, the authors note, between the common man and the traditional politician is so huge that political aspirants unaffiliated with wealth and deeply entrenched parties have no say in the polls although there exists equality of vote as enshrined in the Constitution.


The authors contend that Indian democracy, by its very nature, has had its pluses as well as pitfalls, but has survived despite grim forecasts by academics, and Indophobes like Winston Churchill

The book describes the type of politics, where, according to the authors, money “not only talks, but decides things” akin to chremacracy, borrowing from the Greek word for money, chrema. They also bring in a comparison based on available reports: the 2019 General Election in India was the most expensive ever, at $7.2 billion, which exceeds the $6.5 billion spent in the 2016 presidential election in the US. The irony is that the per capita income of India is just 3 per cent of the US’s.

The book also dwells at length on how violence and injustice permeate Indian society in a rather invisible way as politicians and the moneyed stay insulated. Examples have been taken from Uttar Pradesh and Bihar, and from West Bengal where the Communist party-led repression is now replaced by the ruling Trinamool Congress that unseated the latter in 2011. In Gorakhpur, the book puts the spotlight on why degradation of social life— manifested by a large population with scarce resources even for education— isn’t a bad thing for politicians. “There are always enough angry young men around with nothing much to do, and waiting for just the sort of muscular action that types like them (politicians there) offer,” the authors write, emphasising vigilante violence and its political gains for some entities.

The authors contend that Indian democracy, by its very nature, has had its pluses as well as pitfalls, but has survived despite grim forecasts by academics and Indophobes like Winston Churchill. India was also never a democracy with secularism of the kind practised in France. It is not a country where economic development was the cornerstone of democratic credentials. The book credits India for having withstood and transcended odds as traumatic as the bloody Partition of 1947, but still offers warnings on why nothing can be taken for granted.

The book analyses the lies, class and caste struggles, judicial indiscretions, hunger and invisible famines and endless chaos of the India Story that is often lapped up by those who want to do business with the new India. The book was updated to include India’s trials and policies during the first phase of the Covid-19 pandemic. It spares none, not even Jawaharlal Nehru whose excesses against the Chinese in India during the 1962 war are barely talked about. It also talks about Emergency as well as about undeclared emergencies. The authors offer a blend of their strengths to discuss democracy from the unique Indian point of view, incorporating themes that are unstudied and that include democracy and public mobility besides, of course, democracy and public health, democracy and food, democracy and education and so on.

Now, why is the survival of Indian democracy important? The authors contend that India’s fall into despotic rule will have unforeseen consequences worldwide.

The authors quote generously from Ambedkar, perhaps the most pertinent instance being his interview in 1953 to the BBC in which he was asked whether democracy is workable in India. He said, “No,” adding “for the simple reason that we have got a social structure that is totally incompatible with Parliamentary democracy.” The book, however, appears more optimistic than the main architect of the Indian Constitution, stating that the authors see hope in the diverse people of India, and their constant fight for a democratic experience. This must-read book also brings to the fore the predicament of the genuinely aggrieved, and chances of a massive backlash.