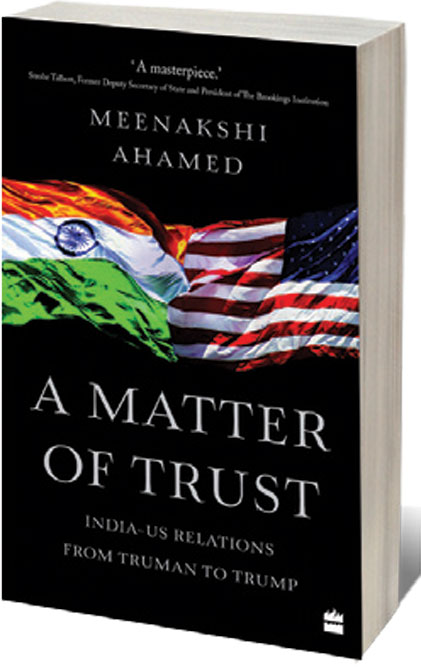 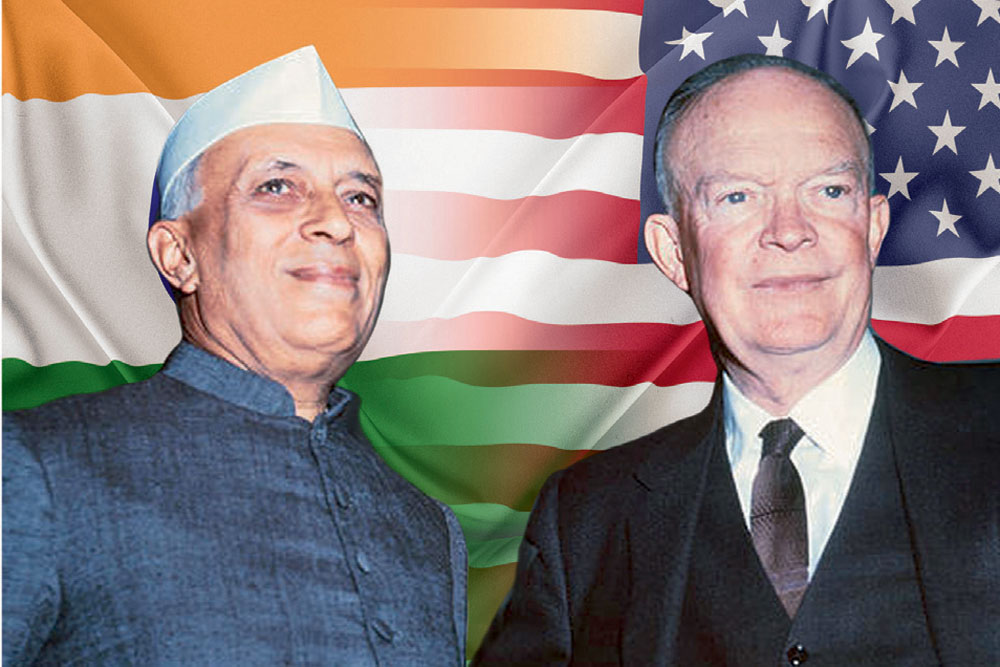 
AT A RECENT webinar, former Indian foreign secretary Shyam Saran noted that the India-US relationship had come a long way through the 20th century, from the mistrust and rancour in the early decades to the strides made since 2000. Despite mutually shared values and enough reasons that should have brought both countries closer, Washington DC and New Delhi drifted farther apart. Yet, we are relatively starved in terms of books that could incisively cover and explain the ebbs and flows of this critical bilateral relationship. Books that do exist cover the relationship through the filters of international politics and regional geopolitics that often leave readers generally with a sense of how structural pressures constrain individual actions.

US-based journalist Meenakshi Ahamed’s sweeping book A Matter of Trust is an antidote to this corpus as it focuses on individual interactions, chiefly between leaders, within US administrations and Indian governments over the last 75 years that have left their mark on the relationship. For Ahamed, people and personalities, not policy or priorities, matter. Though scholars and analysts rely on policy outcomes to measure and test the relationship, Ahamed focuses on figures, like Jawaharlal Nehru, Dwight D Eisenhower, John F Kennedy, Lyndon B Johnson and Donald Trump, who have cast a definitive shadow over India-US ties. That Harry S Truman and his Secretary of State Dean Acheson soured on India while Eisenhower and Kennedy proved eager could be attributed to policy or context, but also personal attention—alongside their own understandings of India—some prejudiced, shaped their approach towards India. The Kennedys, both Jack and Jackie, appeared keen to arrest and reverse the bilateral slide and made overtures to that end. Johnson and Richard Nixon fared worse largely due to their own neuroses with Indira Gandhi, who expressed equal disdain in return. The first few decades after India’s independence were choppy for US-India ties. Cultural differences widened the existing chasm between both democracies.

Things changed from the 1980s, and Ahamed’s narrative captures this shift adeptly. Jimmy Carter, Ronald Reagan and Bush Senior proved more sympathetic to India’s cause, just as other, more pressing geopolitical issues in the Middle East and Europe consumed Washington. It was economics and India’s revival after decades of misplaced development efforts that tilted the scales towards high-level engagement from Bill Clinton and Atal Bihari Vajpayee. George W Bush emerges as the heroic figure who transformed relations through the historic civilian nuclear deal, which also opened up pathways diplomatically for India across Western capitals. Bush Junior’s leadership and initiative on India also demonstrates that no real substitute exists for presidential involvement when it comes to elevating bilateral relations and that too between estranged partners.

Yet, Bush Junior’s unprecedented India focus that Barack Obama and Trump sustained also begs the question of whether and when US-India relations will reach a stage where such leader-level interventions will not be required to advance ties and achieve mutual interests. Undoubtedly, both the US and India are bound by shared democratic values, convergent, yet seemingly irritant, economic interests, and geopolitical objectives, whether that involves China or not. Institutionally, bilateral dialogues have proliferated, spanning all these vital strategic matters and other issues like health, energy and climate change. A wide-ranging policy circuit has emerged, embedding scholars and practitioners who work on a litany of such US-India matters. Yet, we still largely focus on interventions from the highest level to take stock of the relationship and gauge its strength and move past thorny moments. Individuals matter, as Ahamed reveals, and always will, but perhaps the time has come for individuals to matter less and institutions to matter more to solidify gains made on the US-India front since the 1990s. Relying on the personal proclivities of presidents and prime ministers should not make foreign policy.