The use of Game Theory to better understand divine beings 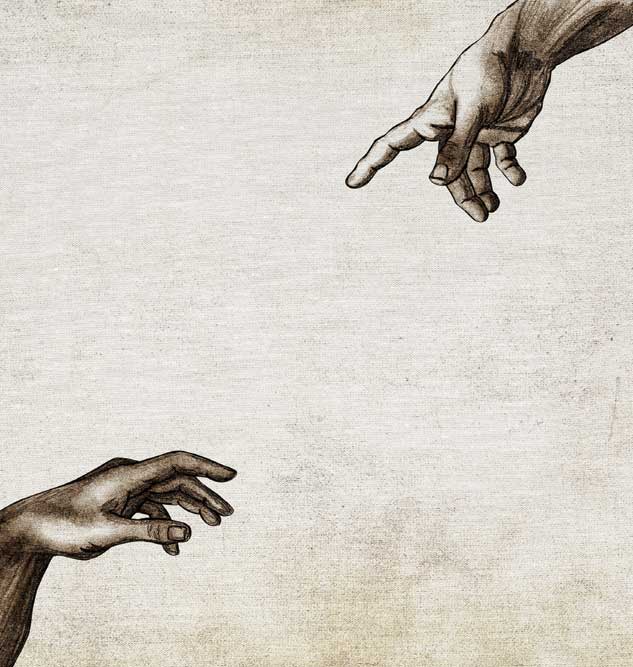 THE SEVENTH SEAL (1957) is one of the great films of the 20th century. One iconic scene from the film, where a knight plays a game of chess with the angel of death in an effort to prolong his life, is based on the knight’s belief that as long as the game continues, so will his life. There are few, if any, examples of a battle of wits between two supremely unequal antagonists. The end result of such an encounter, too, is intuitive. But such is human imagination that the quest to extend knowledge in understanding what has for long been held as unknowable never ceases.

In Divine Games: Game Theory and the Undecidability of a Superior Being (The MIT Press; 224 pages; Rs 2,635), Steven Brams, a professor of politics at New York University, extends the use of a sophisticated tool of economics to push our frontiers of understanding of divine beings. Game Theory is an area of economics that was pioneered by mathematicians John Nash—now the subject of a Hollywood film—and John von Neumann in the first half of the 20th century to understand how humans make interactive decisions based on an understanding of preferences and choices available to them jointly. In the decades since the original papers that marked the start of game theory, the subject is now a part of economists’ toolkit (and now of political scientists as well) to understand how the world works.

The questions and answers that Brams sketches are fascinating, to say the least. But they are also complex to the point of being vexed. For example, he simplifies the issue of God’s omniscience (which includes foreknowledge of events) and the difficulty of free will. He assumes that God simply endows humans with free will as he wants glory and praise from willed creatures. Brams says, ‘God’s preference is for populating the world with men and women who possess free will, rather than just creating puppets He could completely control, requires further justification, especially in light of the grief and anguish that human beings later caused Him. (If God were omniscient, could not this be anticipated?) To begin with, I believe that as much as God sought glory and desired praise, He recognized that it would be hollow if men and women were but His puppets.’

Armed with these simplifying assumptions, his exploration begins with recasting Pascal’s Wager—a celebrated argument posed by the 17th-century French philosopher Blaise Pascal about the existence of God—as a decision-theoretic problem. Then come two ‘belief games’ in which a SB chooses to either reveal himself or not and a regular person’s choices about belief in an SB’s existence or not. The way preferences are ordered, the outcome in the first belief game is an inferior one: the Superior Being chooses not to reveal himself even as the human prefers not to believe in the existence of SB. Ideally, SB would like to induce belief in his existence without revealing himself. But in humans with independent thinking and free will, it is hard to square the existence of others without proof. The result is an inferior Nash equilibrium.

There is still no way around the simple fact: The chasm between a divine being and a regular human is so vast that there’s no normal way to bridge the two. Perhaps the two are best left alone

Brams then extends his analysis to some well-known events described in the Bible, including the story of Job being tested at the hands of Satan, and despite great suffering at the latter’s hands, the persistence of Job’s belief in God.

To see these events being described and analysed in game theoretic terms will seem gratifying to economists and philosophers who have a strong belief in rational choice theory. The trouble is that all this has been achieved by Brams through greatly simplifying assumptions. For example, consider the situation without the simplification of an SB with weakened omniscience.

In that case, foreknowledge of the preferences of a regular human being and, consequently, the strategies opted for by him are obvious to SB. In such a situation, even a supremely talented human being cannot match the ‘strategic skill’ of an SB in such a game.

In fact—and with all due respect to Brams—can such situations be even modelled in game theoretic terms? One key assumption in game theory is what is known as common knowledge. For example, in a two-player game, both players know each other’s preferences and strategies. Further, each one knows that the other knows these preferences and strategies. This process is carried out in an infinite regress. The mathematics of this description can at times be complex, but the meaning is simple: everyone knows what everyone else knows. This condition is violated as soon as one player knows something that the other one does not. Divine beings, by their nature, are liable to know what no one else can know and, in turn, know everything about regular human beings. It is hard to conceive of a game in such a setting.

There are ways in which game theory addresses the problem of incomplete information. One well-known method is by assuming different ‘types’ of players. Consider, for example, the problem of a banker trying to assess a potential borrower of money. Very often, it happens that the ability of a borrower to repay the loan is not clear. In such risky situations, bankers often classify credit-seekers into different ‘types’ and then offer loans on different terms. Classification into ‘types’ and then trying to figure equilibria is common in various aspects of life. This device is not available in playing games with divine beings even in theory: foreknowledge at the disposal of the latter makes such an assumption silly. Game theory, like it or not, is an intellectual device made for people of equal or nearly equal intelligence.

One possible domain in which Brams’ analysis seems appealing is that of interactions between persons delegated with divine powers by God—prophets, for example, and ordinary humans. In this case, it is possible that the omniscience of delegates may indeed be weak. But here again, there’s literature that says something else. To cite one interesting example, Ibn Taymiyyah, the 13-14th century Islamic theologian, held that while prophets were not infallible, they were protected from continuing in error by God. It is hard to conceive normal games in such settings.

Philosophers —and by implication, economists—have had immense difficulties in squaring omniscience with free will. A number of ‘solutions’ have been attempted. For example, omniscience does not include the knowledge of future events. Another one is that God’s mode of existence is eternal and hence He does not have foreknowledge. There is now a veritable industry on this subject, but there is still no way around this simple fact: the chasm between a divine being and a regular human is so vast that there’s no normal way to bridge the two. Perhaps the two are best left alone.

In recent decades, rational choice theory—one of the foundations of modern economics—has expanded vastly and been pressed into explaining a diverse array of real-life phenomena, from terrorist violence to inane acts of consumer choice. Brams is to be complimented in extending this to the domain of imagination. Divine Games is a remarkable book that caps decades of careful thinking about the subject by the author. His creative use of concepts such as the Theory of Moves, cyclicity in games and moving power are illuminating. The book makes for some very interesting reading, even if the theological literature accumulated over millennia points in a very different direction.