PIL: In the Name of Law 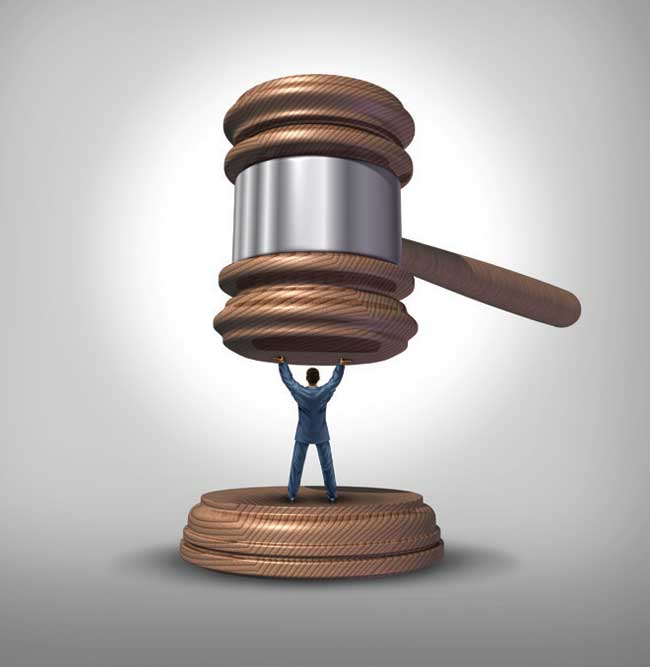 ON A COLD January morning in New Delhi in 1979, a lawyer, Pushpa Kapila Hingorani, was reading the Indian Express newspaper, when a bulletin sprang out at her. KF Rustamji, a member of the National Police Commission, had published a detailed article documenting the plight of thousands of under-trials in the prisons of Bihar. According to the report, some of them had been in jail awaiting trial for periods much longer than the actual punishment awardable for their alleged crimes. ‘I felt…‘How can such a situation exist in our country? We must do something about it!’’ Hingorani later wrote.

Two days later, on the suggestion of her husband (who was also a lawyer), Hingorani filed a Habeas Corpus petition in the Supreme Court of India. She named 19 under-trials mentioned in Rustamji’s article as the petitioners. One of those, a Bangladeshi, Hussainara Khatoon, whose name would occupy the title of the case, was held in custody for four years, in spite of a standing instruction from the Government to release all detainees of Bangladeshi nationality on bond. Another prisoner had spent over eight years locked up for an offence punishable with a maximum term of two years. By all accounts, the Bihar government had egregiously violated the rights of several thousands of its prisoners. But it wasn’t the detainees or their families or friends who had petitioned the court.

Up until then, the Supreme Court had largely adhered to the strict common law rule of standing: only such persons, whose personal rights were affected by an action of the state, could approach a court for relief. But shattering such traditional rules of procedure, the Supreme Court allowed Hingorani to file the Habeas Corpus petition on behalf of the detainees. Ultimately, as a result of the court’s decision in the Hussainara Khatoon case, nearly 40,000 under-trial prisoners from various jails across India were released from custody. What’s more, the case also established the right of the poor to free legal services.

The standard narrative of Indian legal history sees Hussainara Khatoon, and a series of other such cases decided in the late 1970s and early 1980s, which entrenched a form of public interest litigation (PIL), as forming a rousing precedent that allowed the Supreme Court to do complete justice. But such a chronicle, compelling as it may sound at first blush, scarcely questions the cost that the loosening of procedure incurred with it. And it is this question that underlines Anuj Bhuwania’s excellent new book, Courting the People. Bhuwania not only takes aim at the Supreme Court’s withering standards in post-liberalisation India, but he also rips to shreds the orthodox view that PILs represent the finest features of India’s judiciary. He argues, on the back of substantial evidence, that there exist fundamental problems with the very idea of the PIL as an institutional mechanism.

Courting the People is divided into four neat chapters. In the first, Bhuwania revisits the origins of the PIL, and shows us how individual judges subjectively furthered what constitutes justice. A slackening of procedure, as Bhuwania argues, has had the effect of allowing judges to make their own conclusions in the absence of real evidence. In time, the pretext of requiring a public interest petitioner was also done away with. As Justice Hidayatullah had warned in a 1984 law journal article, PILs have led to the ‘annihilation of all procedure’.

In the succeeding chapters, Bhuwania shows us how PILs have been used largely as a tool to quell the rights of the poor. He cites a number of cases decided by the Delhi High Court in which a supposed city-level clean-up was sought to be made, by clearing the city of its slums. The PIL, he writes, had become a ‘slum demolition machine’. The court was using its own monitoring commissions to destroy the city’s slums without granting an opportunity to its residents to make their own arguments.

For long, we’ve seen PILs as an effective check on state power. Bhuwania’s book demolishes this popular construct. The legitimacy of the judiciary, under India’s democratic scheme, depends primarily on the courts’ ability to rise against institutional majoritarianism. As Bhuwania shows, PILs only tend to help the judiciary in acting as an enforcer of the prevalent will of the state, often overlooking our most cherished fundamental rights. This book provides us with an important and convincing counter-narrative.