Our Man in Washington 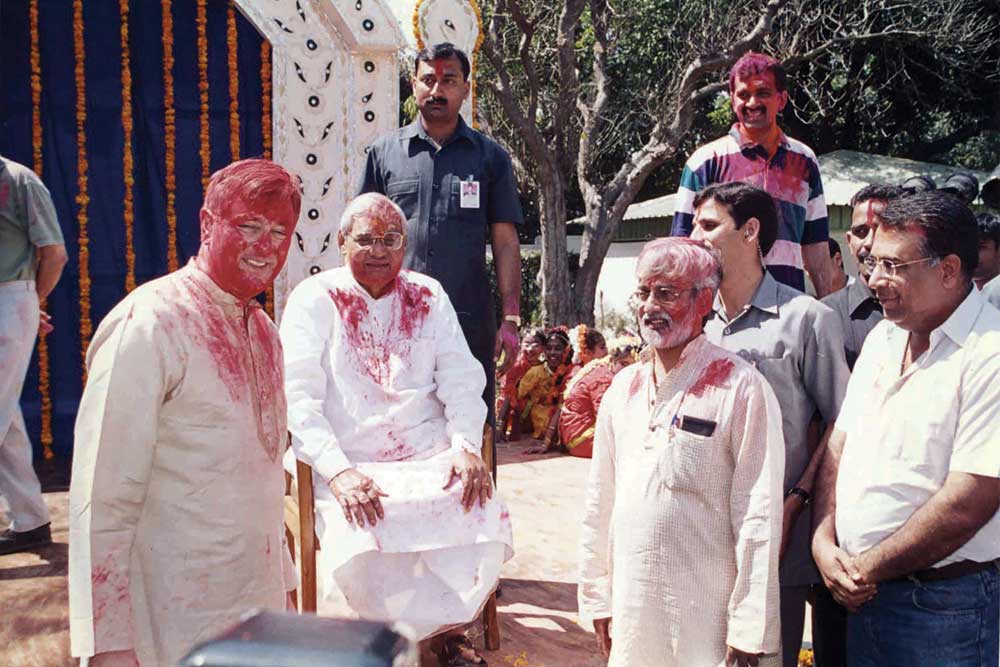 LARRY PRESSLER IS a famous man in South Asia. He has been a longstanding friend of India, taking up India’s cause in the US Congress when few in Washington cared for India. Not surprisingly, he has few friends in Pakistan, a country he targeted from the very beginning of his innings on the Hill.

Pressler’s book, Neighbours in Arms: An American Senator’s Quest for Disarmament in a Nuclear Subcontinent, is part autobiography part memoir and is an honest excavation of the causes of what has gone wrong with America’s South Asia policy over the years. And in its own way, it is also a tribute to New Delhi’s own understanding of the real source of the problem in South Asia, an understanding that for some reason Indian policymakers failed to transmit to their American counterparts even when relations between India and the US started to grow stronger after the Cold War.

There are no big surprises in Pressler’s account of America’s engagement with India and Pakistan since the presidency of Ronald Reagan. The story of Pakistan’s doublespeak and its perpetual ability to manipulate American policymakers is well understood in India. But what is interesting is his detailed first-hand account of how policy actually gets operationalised in Washington. Pressler lays bare the main actors—the US president, White House staff, the State Department, Pentagon, the US Congress, foreign governments and their lobbyists—and how their interactions result in a policy framework where ‘rationality’ often becomes the casualty of narrow partisan interests of various groups.

Pressler’s account comes at an inflection point in Washington’s South Asia engagement. The Trump Administration is taking a harder line on Pakistan compared to its predecessors. In its formal South Asia policy announced recently after months of deliberation, the Trump administration has warned Pakistan that Washington would no longer tolerate Pakistan offering ‘safe havens’ to extremists. Trump has underlined that military and other aid to Washington’s nuclear-armed ally is at stake if it does not clamp down on extremism.

On the other hand, the Indo-US engagement continues to achieve greater heights even under an administration which is otherwise consumed by internal dysfunction. A ‘critical part’ of the new South Asia policy announced by Trump is to further enhance America’s strategic partnership with India. New areas of cooperation are emerging with Indian companies beginning to purchase crude oil from the US. After prodding from India, the US State Department has recently designated the Hizbul Mujahideen as a foreign terrorist organisation. This came weeks after the terror outfit’s chief Syed Salahuddin was labelled a specially designated global terrorist by the US. The US Congress has also called for greater cooperation with India in Afghanistan. In a change from the past, Washington is now very comfortable with India taking on a greater role in helping Afghan security forces. Calling for trilateral security and civilian cooperation between India, Afghanistan and the US, the US Congress wants the US Department of Defense to promote security and stability in Afghanistan that ‘aligns with the mutual interests’ of Afghanistan, India and the US. The Trump administration too has reached out to India, seeking New Delhi’s help in Afghanistan, ‘especially in the area of economic assistance and development’.

The nature of the nuclear problem in South Asia has also changed. There was a time when Kashmir was viewed as the most dangerous nuclear flashpoint on earth. The non-proliferation ayatollahs in Washington always drew an equivalence between India and Pakistan’s nuclear behaviour, thereby managing to keep the world’s two major democracies estranged for decades. In more ways than one, this growing bond between Washington and New Delhi is as much a result of the efforts which men and women like Pressler have continued to make on India’s behalf over the last several decades as it is of the changed strategic realities. As Pressler’s account underscores, a handful of people waged a lonely battle to change the underlying dynamic of Indo-US relations. It took a long time—in fact it took the failure of the Pressler Amendment—to finally shake things up in Washington’s policymaking circles.

Today the international community views Pakistan’s domestic turbulence as the real non-proliferation concern. The growing radicalisation of Pakistan’s security forces is a potent challenge, raising questions about the safety of the country’s nuclear installations. Pakistan’s military is no longer credible as the custodian of its nuclear arsenal. Continuing turmoil there has raised concerns about the safety, security, command and control of its nuclear stockpile. But unlike in the past, when Rawalpindi could successfully blackmail Washington into supporting it with aid, winds of change are blowing in the US.

Pressler tends to go overboard at times when he suggests that had his views been taken seriously in Washington, Pakistan’s nuclearisation could have been averted. It is no secret that successive US administrations looked the other way as Pakistan moved towards nuclearisation, but there are structural, ideational and domestic political variables that would have made Pakistan a nuclear-weapon state with or without Larry Pressler.

Looking at the future, Pressler is on the mark about the future of Indo-US relations and the important role of China in shaping the trajectory of this partnership. Though he suggests that this relationship should cover far more than just defence ties, he nonetheless ends up suggesting that the US should strengthen the Indian Navy by outfitting it with nuclear weapons.

Pressler’s real achievement lies in correctly diagnosing the problem in South Asia much before many of the so-called ‘South Asia’ experts in America did. And for that reason alone, his Neighbours In Arms deserves to be read not only in India but also in the US.