‘Often when love is gained, it can start to feel unheroic,’ says Mansi Choksi

Mansi Choksi’s book chronicles the lives of three young couples who chose love over all else. She speaks about what they gained and what they lost 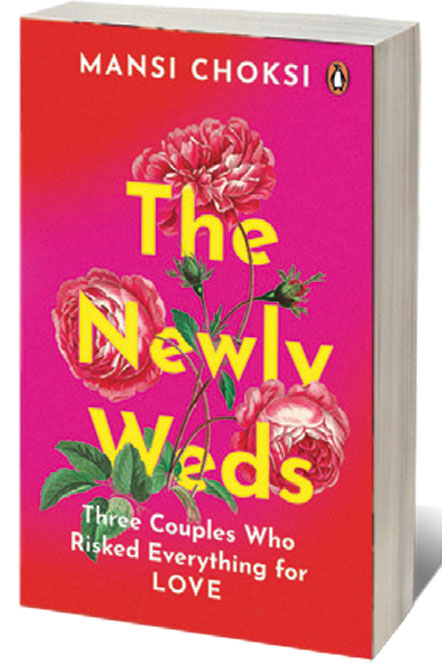 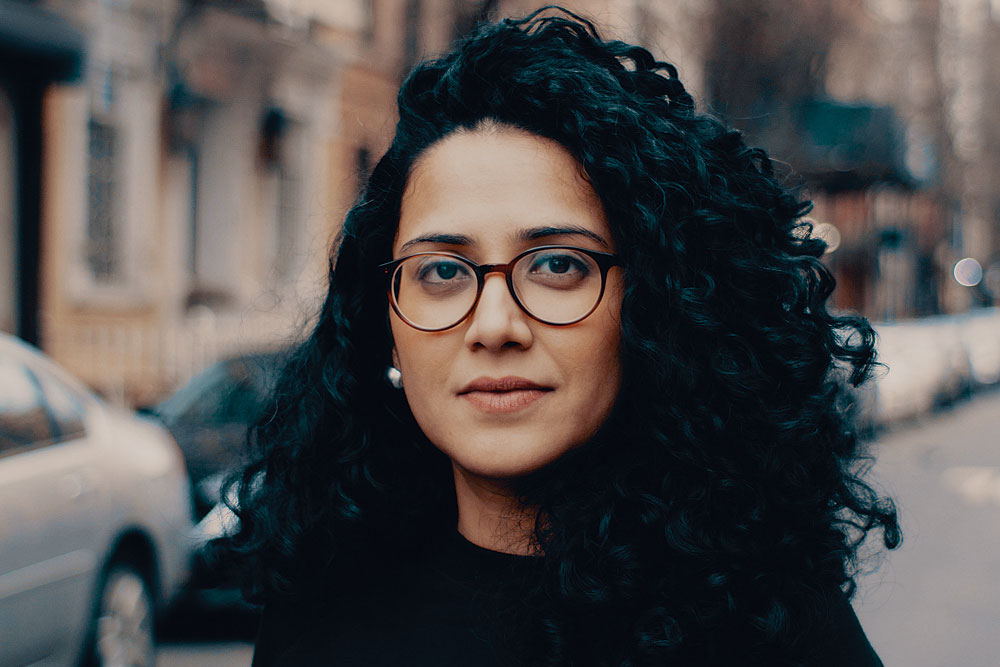 
JOURNALIST MANSI CHOKSI’S first book The Newlyweds: Three Couples Who Risked Everything for Love (Viking; 272 pages; ₹599) is, first and foremost, a feat of reporting. For over half a decade she followed three Indian couples —Neetu and Dawinder from Kakheri, Haryana, Monika and Arif from Nagpur, and Pre­ethi and Reshma from Mumbai — whose love was frowned upon by their families. Neetu belongs to a Hindu family from a caste of “goldsmiths, stonemasons and carpenters” while Dawinder is a Sikh man from a caste considered (relatively) lower. Monika and Arif are a Hindu-Muslim couple while Preethi and Reshma are women straining against their families’ homophobia. And then there’s the shrewd, flamboyant Sanjoy Sachdev and his ‘Love Commandos’, an organisation which purportedly helps couples on the run with legal and logistical backup — an organisation that ends up being accused of extorting the very couples they claimed to help. This book grew out of Choski’s story about love and crime in India, pub­lished in the Harper’s magazine in 2018.

Even the most quotidian story spun around these people (and their high-stakes circumstances) would have held the reader’s interest. As it so happens, The Newlyweds is beautifully written. Choksi has a novelist’s instinct for narrative structure and characterisation. Her por­traits of these passionate young people —as well as everybody else around them — are very well-observed. She has the knack of reeling you into a new charac­ter’s world with a startling description or phrase: Reshma, for example, “has a tongue sharpened through the knife grinder of a bad marriage”. Ultimately, Choksi’s great subject is this: if love is secured only after a horrific, existential ordeal, can the future of that love ever remain untethered from the said ordeal?

Excerpts from an interview with the Dubai-based writer.

Can you tell us how your reporting revealed less-known truths about the Love Commandos?

When I saw their work and their shelter for the first time, I thought it’s going to be another glowing piece about the Love Commandos. Here’s an organisation, I thought, that deserves my attention and even my money. As I spent time with them, however, it became clear that the truth was something else, that they were a morally ambiguous organisation at best. They were doing things like using the couples as domestic labour, black­mailing them for money, encouraging couples to stay at the shelters for far lon­ger than necessary, especially when rais­ing funds for the organisation.

I think like me, a lot of readers will find Sanjoy Sachdev (the leader of the ‘Love Comman­dos’, an organisation that helps couples on the run) to be the most complex and fascinating figure. What did you make of Sachdev’s fixation with family dynamics — the insistence on everybody calling him Baba (grandfa­ther), for example?

It’s a front, right? To insist on replicating that familial structure, where everybody is calling him Baba and so on, is a way to get away with abuse. He would often say things like, “You’re my child,” “I don’t expect distrust from you,” there was that constant, convenient guilt trip. “I treated you like my son but you are asking questions about money.” It was the same kind of oppressive system that these young people were running away from. We are conditioned to see abuse happening within the family as part and parcel of your life, right?

But at the same time, this familial structure also gave the couples a sense of safety — you have to understand that these young people were deeply disturbed at running away from home. There was that sense of filial piety in them still, which was ingrained since child­hood. They felt guilty all the time and as a result, people took advantage of that unre­solved guilt. Which is why Sachdeva’s ‘family’ front was very clever. In 2019, the Delhi Commission for Women raided the Love Commando’s shelter after a couple made a complaint against them for con­stantly demanding money and making threats. I spoke to a ton of young couples who stayed there and listening to their stories, frankly, I was surprised it took this long for a formal complaint to be made.

In the introduction there’s this fascinat­ing line, “Often when love is gained, it can start to feel unheroic.” Could you elaborate on this, especially with regards to Monika-Arif and Reshma-Preethi, two of the three couples you follow across this book? (To varying degrees, both these couples faced relationship troubles after eloping)

This also goes back to the kind of pop culture we consume, right? Bollywood is this grand, looming national narrative, something that we internalise growing up in India. The stories that we consume here are about romantic love as this big, subversive force that can bridge divides—caste, sexuality and so on. We have this template for big, dramatic love stories. But very few stories linger on even as the dramatic power fizzles out. Large sections of this book, therefore, happen in the mundane moments of life. What I wanted to investigate with this book was this: what happens when you have fought (against everything you’ve been told is good and right) for your idea of a big, grand love and at the end of your rebellion, that love has to be reassigned into mundane, day-to-day tasks?

One of the interesting things that I found about this was that the mere fact of rebelling against your community does not make you forward thinking—Monika, for example, still harbours the feeling that her family and background are ‘better’ and more desirable than Arif’s. One rebellious act might make you the face of ‘modern’ but it does not change your internal make-up. I do hope, though, that this book is not seen as this grim narrative that discourages young people from rebelling against societal conventions. I think that more people may find the courage to question conventionally accepted wisdom and find their own paths in life.


“What I wanted to investigate was this: what happens when you have fought (against everything you’ve been told is good and right) for your idea of a big, grand love and at the end of your rebellion, that love has to be reassigned into mundane, day-to-day tasks?,” says Mansi Choksi, author

How effective is the materialist approach to reform in India? At one point we see Reshma’s father telling her, “I’ll find you a hundred better girls, smarter, richer, pret­tier”. He has given up on his homophobia because Reshma’s income is important to the family unit. Elsewhere, Rajasthan announced financial incentives to villages where women gave up the ghoonghat. What are the strengths and weaknesses of this approach?

I think it boils down to the economics of the family, doesn’t it? For Reshma’s fam­ily it was no longer important whether she sleeps with a man or a woman (if it was the latter, they’d just like her to keep quiet about it) as long as her income keeps supporting them all. As more and more young women enter the labour force and are able to generate their own income, more of the decision-making should shift to them. I think it’s a clever way to break the pull of filial piety for these young women. Years ago, I reported on a story from Satara (Maha­rashtra) where the district collector was offering money to young rural couples to delay their pregnancies, to stagger the population growth for that district. In the end, that particular district achieved their population goals. So I think it’s a clever idea, at least in the short term.

Of course, this does not mean that bigotry, casteism and classism are absent from the upper classes; if anything, these things are even more pronounced there. And a materialist approach to problem-solving will prob­ably not work with them.

The role of khap panchayats (and similar rural bodies) is a major one when it comes to enforcing endogamy across this country. And this is an issue that cuts across political lines: as you men­tion in the book, any legislation seeking to curtail their power simply does not find political backers, from either side of the aisle. Outside of the Supreme Court judgment, did you observe any pressure being exerted on these organisations, any pushback at all?

While reporting for this book one of the interesting things I realised was that we are a culture that operates on two different planes. There are legal, official structures in society that tell you about your rights and the frameworks in place to protect those rights. But then there’s also this invisible system of morality and tradition that tells you the opposite thing, so there’s this constant push and pull between these two. The reason that this happens is that we are not an individualist society like the West. Each of us derives our value from the societal groups we belong to and there are hierar­chical forces (like the khap panchayats) that make sure that some groups remain more powerful than others, that ‘peace­ful equilibrium’ goes on and on.

One of the things that destabilises the khap panchayats of the world is when young people go against the collective will and follow their hearts, to marry someone other than who their families, their communities, had told them to marry. Generally speaking, it’s very dif­ficult to express any opposition to khap panchayats, they are extraordinarily powerful. Neetu and Dawinder, for ex­ample, belonged to the same village and for Dawinder’s family, life in the village became impossible beyond a point.

The book begins and ends with two short scenes involving your mother and her own marriage, which did not have her parents’ approval and ended after 11 years. Could you take our readers through this writerly choice? Was this ‘bookending’ effect present from day one or was it something that suggested itself in later drafts?

Those two passages were actually the last things I wrote in this book, after I had the rest of the manuscript ready. My editor really encouraged me to think about why this was a book that I needed to write and why the subject had drawn me in the first place. At the time, I had just given birth to my son and my mother was staying with us to help out with the baby. I realised that I was doing this book probably because this was a question that had followed me through­out my childhood: why don’t I look like the people I live with? I had always been told that I look like my father, who I had never met. I had stumbled upon his old photograph after my mother had decided to take me to his parents’ place.

I dug up this old essay I had written in college (2012, I think) when we had been asked to write about someone who was no longer present in our lives. There was a lot of rawness to that essay and so I had to work on that aspect. I used a version of one part for the Introduction to this book and another part for the Afterword.