Now Showing in Bollywood: Her Power

She is the Change 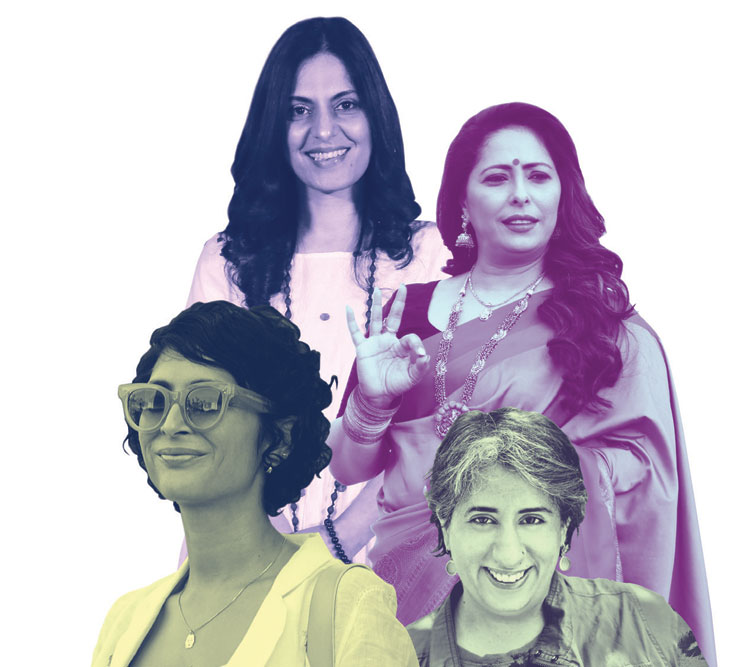 IN HER INTRODUCTION to Changemakers, Farah Khan, the industry’s most successful female director, admits to having ‘low esteem’. While marvelling at the ‘entitlement and arrogance of men’, the buoyant Khan, whose four films since 2004 have grossed a remarkable Rs 360 crore, writes, ‘women tend to underplay their achievements’. No surprise then that the gender ratio in the Indian film industry is 6.2 men to every woman according to a report by the Geena Davis Institute on Gender in Media.

Gayatri Rangachari Shah and Mallika Kapur’s book chronicles how that is changing, albeit excruciatingly slowly. Through 20 women across the spectrum, from stunt work to makeup, from cinematography to editing, women are asserting their right to work, sometimes creating opportunities where none existed, and at other times expanding their areas of influence. So whether it is Charu Khanna who took her fight for women to work as makeup artists to the Supreme Court to Shanoo Sharma whose casting of secondary characters is increasingly giving Mumbai cinema the whiff of authenticity, women are at the forefront of transforming the way movies are made. They may not be as glamorous as their superstar sisters whose airport looks are considered as important as their cinematic oeuvre in the muddled celebrity culture that has currently taken root, but their work is often more substantial.

They bring to their work, whether it is writing lovelorn lyrics or recreating a temple mandap, an unerring eye for detail, a refreshing attitude of collaboration, and a strong sense of frugal innovation. They do this often overcoming tremendous odds. Take Geeta Tandon, who got married at 15 and overcame years of sexual abuse, to become one of the few women stunt artists in India, on her way to becoming an action director. Or globally connected producer Guneet Monga, who had to battle years of deep depression, to be part of the Oscar- winning documentary short Period: End of Sentence, with dreams of collecting many more.

The work is demanding, unforgiving, and relentless. It can take its toll, Juhi Chaturvedi, for instance, ended up suffering from rashes and alopecia while writing Piku because she became so emotionally involved, Charu Khanna’s mother sold her gold to raise Rs 32 lakh for her to study at Los Angeles’ Cinema Makeup School and cinematographer Priya Seth had to go without work for six years after being third camera assistant on Holy Smoke because people thought she was ‘too pretty’ for the job.

From the eleven tattoos on lyricist Anvita Dutt’s arms to the pots of glitter in the makeup kit Charu Khanna inherited from her beautician mother; from the moment a teenage Rohini Iyer (now a leading publicist) marched into Bhawana Somaaya’s office to confidently ask for work to the unending calls Shubha Ramachandra would make to explain why having a script supervisor was important, the book does well to capture the struggles and the successes. It may dispense superlatives a little too freely but it certainly shows how each one of these women has earned her spurs. And how much Mumbai cinema has changed, from a time when Farah Khan was the only woman in the technical unit of Jo Jeeta Wohi Sikandar, her first film as a choreographer in 1992, to now when women can outnumber men in the production team. From lighting dadas to cinematography didis, from spot boys to spotlight girls, the distance has been covered with a skip and a swagger.

These women—and many more— stayed the course, put in the hours, and leaned in. And did so, all the while acknowledging their mothers. From Gauri Shinde who made her first film English Vinglish (2012) to acknowledge her mother’s enterprise to editor Deepa Bhatia whose mother refused to allow her girls into the kitchen because she didn’t want them distracted by the drudgery of making chappatis, Changemakers is also a love letter to all the women whose shoulders these silent stars stand on.