A love story weighed down by an overdose of emotions 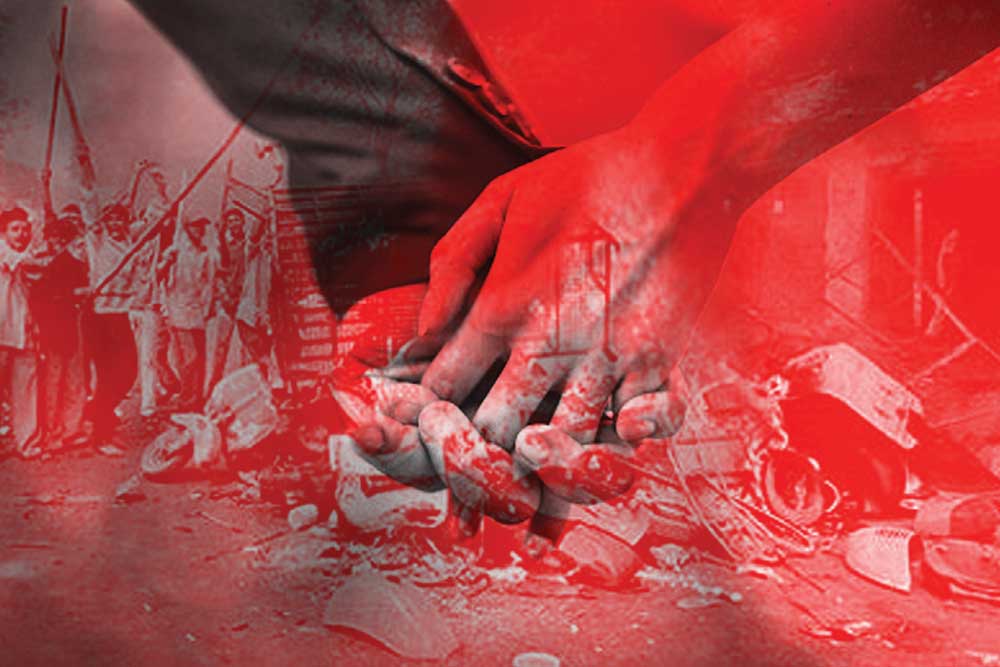 THIS BOOK BEGINS with a transcript of two emails. That’s not a great start. When the book’s title suggests it holds a ‘love story’, the last thing one wants to read is a lovers’ email exchange. Luckily for us, it ends soon after introducing us to the two central characters, Reva and Suveer, who reconnected three years ago on Facebook. The mail exchange is to fix a date to commemorate Reva’s older sister, Aboli’s birthday. Suveer, who was in love with Aboli when she passed away, revisits memories of his first love with this annual meeting with Reva. For Reva, this ritual is more than just remembering her sister, but also her past, her childhood home.

Nostalgia soaked pages follow, with childhood games and trees throwing their shadows on sleepy courtyards. But you keep looking back at the cover, to see the blue window with its splintered glass. When will the cracks appear? When does the pace pick up? The action only begins when Suveer, a journalist, goes to Gujarat to report an election story of ‘dishousing’ a bungalow belonging to a Muslim businessman in a Hindu-dominated area of Gandhinagar. He helps rescue young Mahnoor, a Muslim woman who is beaten up by right-wing Hindus for being seen near the house. The potent shake-up in the plot plays out on the angry roads of post 2002-Gujarat, with embers of religious rivalry being stoked for political mileage. Zahyan, Mahnoor’s husband who has worked hard to rise above his lower middle-class life and hopes for a quiet life with his young bride, is now forced to avenge Mahnoor’s assault. Suveer, who saves Mahnoor from the angry mob, tries to get the young Muslim couple justice by broadcasting their plight, but things don’t go as planned. And to add to the mix, and keep the love theme burning, is Reva who promptly leaves her husband to be next to Suveer.

This is it. Two couples who seek each other and the notion of a home. There are lots of stories being exchanged in this book, between the four of them, all tethered together with the query of ‘where is home?’ This question seems contrived as it is thrown about through the pages, to serve as a clue for the reader to introspect on behalf of the characters.

This 190-page book is a quick read with easy prose; however the 39 chapters that the book is broken into add to the rushed pace. The disjointed descriptions of relatives, homes and spaces blur the picture as they try hard to validate their connections with the central characters. The entire balance of this book seems a little off, despite having such an incendiary premise, the characters seem to constantly ‘feel’, instead of think. You can see where you are headed, and while you still feign hope that the characters—Zahyan who seeks to avenge his wife’s molestation, Reva who is tempted to walk out of her marriage, Suveer who questions the opportunistic nature of his profession—make the right choice, we are not immersed in the happenings entirely.

We skim through facts, feelings and can’t invest in the love that these pages supposedly offer. There are a few poignant pauses like when Zahyan has to decide if he wants to let religious extremism take over his life, but these moments are few. Also the premise of a dead sister’s memory playing Cupid for Reva, who eventually finds her Mr Right, makes you wonder how this love story will fit into the larger picture.