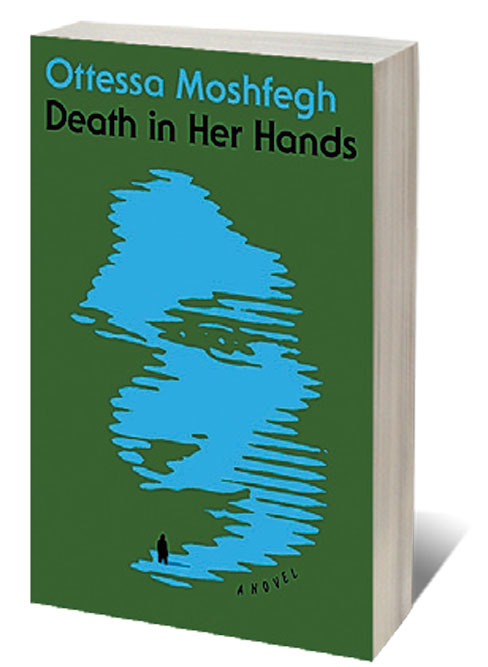 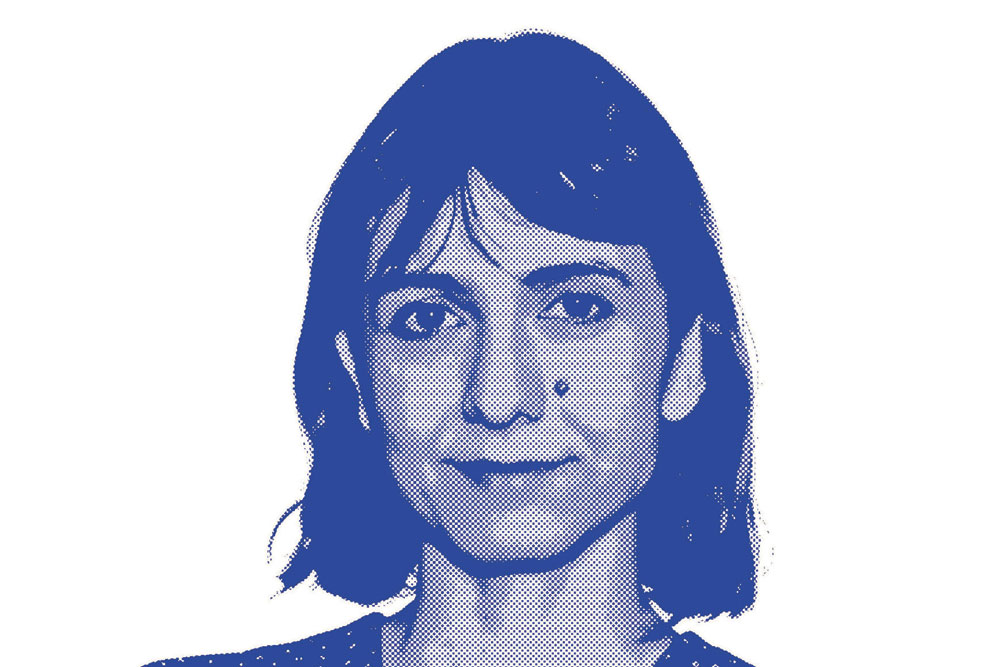 
OTTESSA MOSHFEGH IS a master of the misfit. The 39-year-old American author creates characters who tarry on the slippery slopes of what is ‘acceptable’ and what is not. Moshfegh’s skill is that she does not render characters—who might otherwise be seen as depraved, loony or pervs —into the fearsome ‘other’, instead, we identify traits of not only those we know, but also of ourselves in them.

Her debut novel Eileen was shortlisted for the 2016 Man Booker Prize and tells the story of a 24-year-old protagonist who works in a juvenile prison, lives with a gin-soaked father, has lost her mother to illness, is obsessed and revolted by bodily functions, has bizarre eating habits and dwells so deep in darkness that sunlight is an aberration.

Eileen is a triumph as a character because she upends all expectations of a conventional ‘heroine’ and protagonist, she is unattractive and unsavoury. The word ‘vomit’ appears 21 times in the 272-page book. Her own body evokes disgust from her, it is a landscape which she can neither appreciate nor understand. She says, ‘I took off my pants, but didn’t look at myself below the waist. My feet were fine, my ankles, my calves. That was all passable. But there was something so foreboding and gross about the hips, the buttocks, the thighs. And there was always a sense that those parts would suck me into another world if I studied them too closely. I simply couldn’t navigate that territory. And at the time, I didn’t believe my body was really mine to navigate. I figured that was what men were for.’

Moshfegh’s short-story collection Homesick for Another World followed soon after Eileen in 2017. The chapter titles themselves reveal the intention of the stories at hand: for instance, ‘The Weirdos’, ‘No Place for Good People’, ‘The Locked Room’ and ‘Nothing Ever Happens Here’. It is easy enough to spot a theme of dismay (and occassionally survival) in Moshfegh’s work. A woman narrator, dating a wannabe actor, in ‘The Weirdos’, sounds like Eileen when she says, ‘Nothing made me happy. I went out to the pool, skimmed the surface of the blue water with my hand, praying for one of us, my boyfriend or me, to die.’ Moshfegh’s second novel My Year of Rest and Relaxation (2018), set in New York City, told the story of a 26-year-old woman who sleeps through an entire year, using medication.

Moshfegh has been celebrated as an ‘author-provocateur’ (The New York Times), known for her ‘blackly comical, richly detailed, nihilistic creations’ (The Guardian). The Los Angeles Times declared her ‘unlike any other author (male, female, Iranian, American, etc)’. In just over five years, she has proved that her debut was no brilliant fluke, rather it was the first milestone in the career of an exquisitely talented author who excavates the depths of small lives, those who are ‘nothing special’.

In the opening chapter, Eileen captures the essence of Moshfegh’s characters; ‘I looked like a girl you’d expect to see on a city bus, reading some clothbound book from the library… I looked like nothing special… But I deplored silence. I deplored stillness. I hated almost everything. I was very unhappy and angry all the time. I tried to control myself, and that only made me more awkward, unhappier, and angrier. I was like Joan of Arc, or Hamlet, but born into the wrong life—the life of a nobody, a waif, invisible.’

Death in Her Hands, Moshfegh’s most recent novel, is similarly the story of a nobody, an invisible. Here the protagonist is an elderly, recently widowed woman, Vesta Gul, who lives alone in a house by the lake in Levant, a town without a post office, with her big dog Charlie. Vesta is not unsavoury like Eileen, but she is similarly a woman who seems all alone in the world. The novel is set up as a thriller with Vesta finding a note on her dawn walk in the birch woods. The note reads, ‘Her name is Magda. Nobody will ever know who killed her. It wasn’t me. Here is her dead body.’


Ottessa Moshfegh has proved that her debut was no brilliant fluke, rather it was the first milestone in the career of an exquisitely talented author who excavates the depths of small lives. In Death in her Hands she once again
takes us into the mind of those who are ‘nothing special’

But there is no body. The discovery of this note sends Vesta down the path of an investigation, where she recreates the character of Magda, conjures up possible suspects and combines the reality of a small town with the fictions of her mind. Vesta’s imagination becomes both a sanctuary and a snake pit for her.

While Vesta’s ‘investigation’ into the note propels the plot, this is ultimately a novel of loneliness. Moshfegh had written it after completing Homesick for Another World as a way out of grief. She wrote in bursts of 1,000 words a day and hid it in a drawer. Four years later, the manuscript turned into a novel. In an interview with The New York Times, Moshfegh said of the book, “I wrote it for myself. It’s a loneliness story.” While the loneliness of Eileen felt like a whip to the shins, Vesta’s isolation is like the slow turning of screws. You don’t sense it in lashes, but it creeps upon you till it is excruciating.

At first, Vesta appears to be a widow, who moves across the country, to distance herself from the death of her husband, Walter, who succumbed to cancer. But as the novel moves ahead, the reader learns this was no happy marriage. Rather it was a marriage of lengthy silences at best, and adultery at worst. Early in the book, Vesta describes the four-decade-long relationship as one where they’d barely talk to each other on some days, ‘not out of spite, but just that there seemed to be no need. We were of a mind’. Of one mind they certainly were not. He was a German scientist who didn’t visit a grocery store for 30 years and took no opportunity to either ignore or belittle his wife. Even in her imaginings she is not free of Walter. She wishes to ‘dethrone’ him from her mindspace, and delete his voice in her head, which tells her that she is a ‘sparrow’ who should not attempt to be a ‘hawk’ and should merely ‘twit about’, ‘dance a little’ and ‘sweep the floor’. While Vesta is a completely unreliable narrator, in her study of Walter we trust her narrative. We see the husband who has thwarted the spirit of his wife by being quiet and cold. In life and in death, he will always be the ‘nosy adversary’ in her home and in her head. The reality of her marriage tells of a truth seldom acknowledged; the loneliness of an unhappy marriage can destroy and debilitate.

Vesta’s obsession with Magda, her recreation of her often seems like a meta text and echoes an author describing her own relationship with her characters. Vesta says of Magda, ‘I felt I had gotten to know Magda, and I liked her… I wished that she could have seen me so she’d appreciate everything I was doing for her, bringing her back to life in this way, investigating her murder, giving her a voice… I didn’t love her as I loved Charlie, or as I loved Walter. I loved her the way I loved the little seedlings soon to sprout in my new garden.’

Moshfegh, Vesta, a gardener are all the same, tending to creations that they will nurture and bring to fruition. Vesta’s investigation is not a bid to unlock a mystery. It is her attempt to establish her own agency and tell her own story. ‘Her name was Vesta. That was what I meant to write all along—my story, my last lines. My name was Vesta. I lived and died. Nobody will ever know me, just the way I’ve always liked it.’

With Death in Her Hands, Moshfegh once again proves that by writing of nobodies she tells the most human and humane stories. 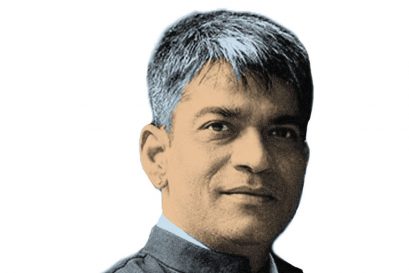