Seven shades of the macabre in the metropolis 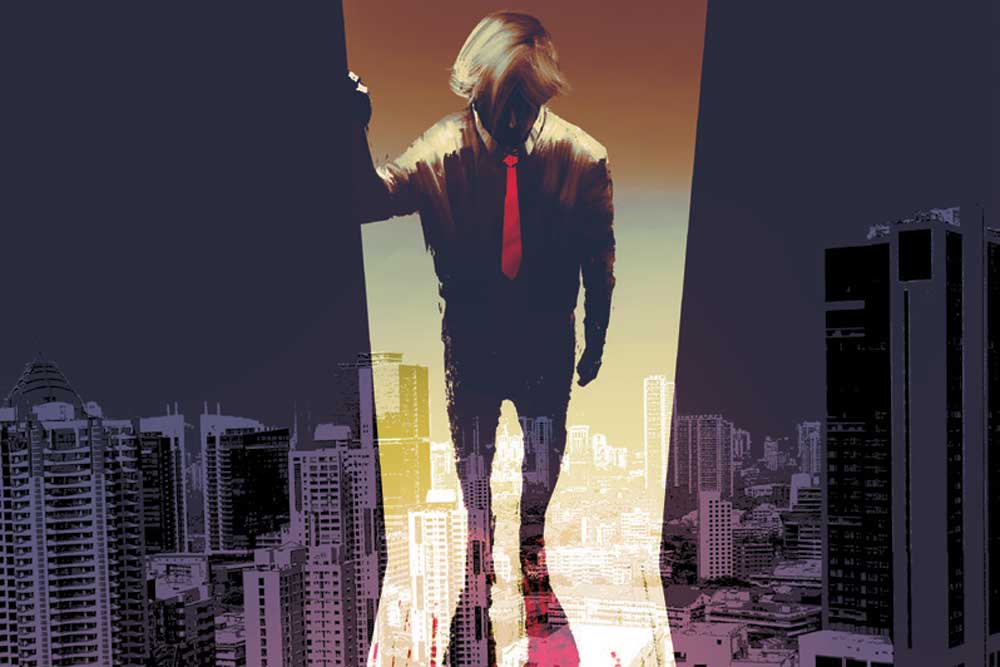 NO 44, UTKRUSHA-B, Adarsh Road, Vile Parle East, Mumbai, is an exciting location. At times, the living room of this apartment that is home to a 60-year-old detective Lalli, and her writer niece, Sita is littered with newspapers as the duo search for a pivotal news report, and at other times, the matrons gather on the couch to pull out the most bizarre cases. It is often on the kitchen table over cups of cocoa, mint lime tea, or jeera rasam that several of these cases are pieced together. Here, the doorbell could mean a victim, a culprit, a cop or Mahesh bhai, who slides his hands deep into a muslin bundle and tugs out beautiful induri saris along with clues vital to a multi-layered case.

Kalpana Swaminathan lives a few streets away from her detective Lalli who has appeared in six novels over the last two decades. Her characters are endearing caricatures of Mumbai’s city-slick folk. In the first story we meet Auntie May, a spinster who sews wedding dresses for a living. She is moved to a psychiatric hospital after she begins to see the same face in the crowd and discovers a sack of bones, a photograph and a baby’s dress in her bathroom wall. It is only when a common friend spots a childhood picture of Sita (the detective’s niece) in Auntie May’s living room that Lalli intervenes to figure whether Auntie May is living up to her nickname ‘Maddy May’; or is she being stalked?

Murder in Seven Acts is a collec tion of seven such intriguing cases set in the throbbing metropolis of Mumbai, which has over the years weathered several terrorist attacks, communal riots, underworld gang wars and has time and again proven to be a perfect backdrop for crime fiction. Like Altaf Tyrewala writes in his introduction to Mumbai Noir, ‘A tragedy in one part of Mumbai barely registers elsewhere. People fall off moving trains, bombs erupt in busy bazaars, lives are made and broken in the city daily and things go on as usual.’

Thus it hardly seems fabricated when Lalli tries to investigate the urban legend surrounding a well in the suburbs of Bombay where several suicides have been reported but no bodies have ever been found, or when she tries to decode the foul play behind a book burning organised by Hindu right-wing extremists which results in the immolation of the author. Lalli is a collector of curiosities, and even at 60, this former cop can use quantum theory to solve the case of a dead girl who has suddenly started sending invitations to her yesteryear classmates. Fondly called the desi Miss Marple, Lalli can guess the exact musical instrument the victim played based on the shape of his long nails, and, a tad annoyingly, her gut-feel is never wrong.

The story Murder Prêt-à-Porter is another excellent example of how crime is the best way to portray an Indian metropolis. In a bus ride from Malad to Achanak Nagar, Sita has a premonition that the restless man seated next to her is a serial killer. Further investigation leads them to Leslie Xander, a fashion designer, who wears a metrosexual langot and introduces his girlfriend as his current muse. Swaminathan expertly ratchets up the tension for this mystery which has familiar motives but an inimitable plotline.

To the nitpicker, Threnody, a tribute to Agatha Christie, which is the last story in the collection, might stand out as a sore thumb owing to an under-engineered and far-fetched plot. Otherwise, modest yet masterfully plotted, Swaminathan’s book has blended enough drama and intrigue through these seven cases, resulting in a page turner that will leave a reader impatient to find out who will ring Lalli’s doorbell next.