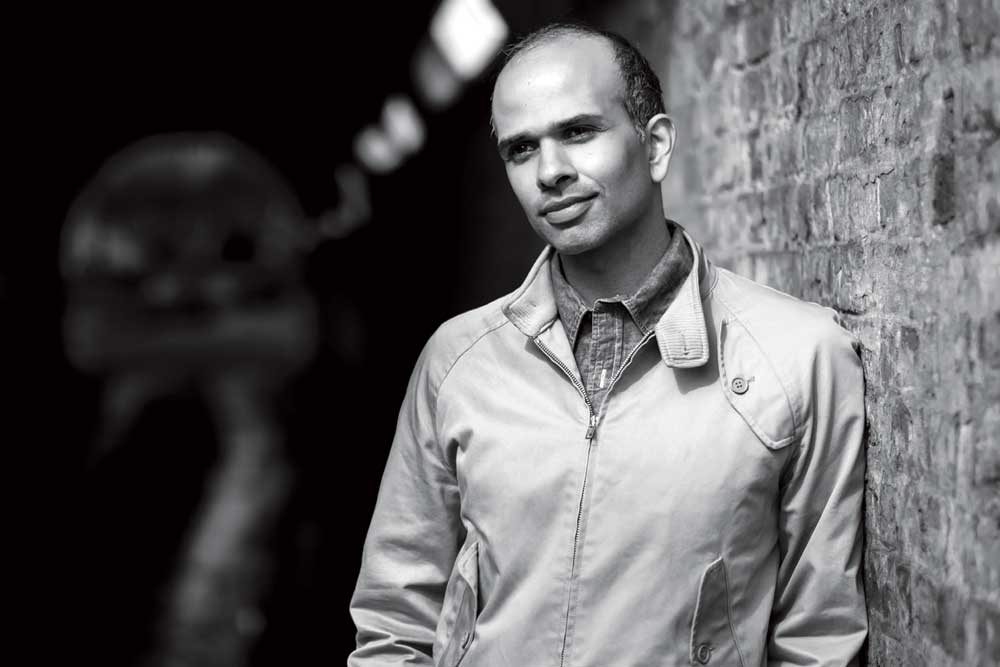 “CHARACTERS ALWAYS arrive in fragments,” says the writer Mahesh Rao, “but those fragments are frequent and innumerable during the planning and writing of a novel.” The term ‘backstory’, to him, “sounds too cohesive and systematic for this process”. He finds that creating a character is “more of a question of stitching together these fragments” and “pulling on them in different directions, rejecting many, occasionally retrieving some”. It is this exercise that allows him to achieve “the complexity you’d like to see—say, a character’s relationship with her ex-husband, her love of boxing matches, the envy of her colleagues”.

He doesn’t always get it right. The editor of one of his short stories once sent him this comment about a character’s dialogue: ‘I really don’t think he would say that.’ “When I had taken a little while to think about it,” Rao admits, “I could see that she was right. In trying to build plot, pace and a sense of place, it’s entirely possible to overlook some aspect of a character you have created.” He adds that as writers “we must all be tremendously grateful for good editors who can remind us of this fact.”

His new novel, Polite Society (Hamish Hamilton; Rs 599; 312 pages) releases this week. Set in New Delhi, it is a modern adaptation of Jane Austen’s Emma (1815), which was memorably centred around an unsympathetic heroine. The novel is a favourite of Rao’s who has always been “fascinated by the appeal of a character who is unlikeable in so many ways”. For a while, he considered “reimagining a classic 19th-century novel (most likely one by Anthony Trollope) and setting it in India”. But a conversation with a friend led him to Austen instead. He cites Gurinder Chadha’s 2014 film, Bride and Prejudice, to show that adapting Austen to an Indian setting is not a new idea. He says, “The genius of Austen is irresistible and many of her themes lend themselves so generously to a contemporary Indian retelling. Money, marriage and social mobility cast deep shadows among Delhi’s elite society too.”

Set amongst the richest families in Delhi, Polite Society offers a remarkable portrait of the ways in which both money and marriage are valuable currencies in a circle that resists expansion. Even those with the most influence and power nurse intense anxieties about impending irrelevance. Ania, daughter of the immensely wealthy Dileep Khurana, is the Emma of South Delhi’s elite who attempts to set up those who she believes ‘would be completely lost’ without her. In a seemingly narrow and predictable world, the stories that intersect with Ania’s show a range of personalities moving up in the world or being pushed to its brink.

Rao wrote Polite Society “in a frenzied six months”, which was fast by his usual standards. “The original text acted as a guide” and he found it a relief that he didn’t have to torture himself over key elements of the plot. Emma also provided “a springboard” for his characters. “But there is absolutely no point in trying to imitate or absorb the original into your own novel. Being inspired by a work involves many acts of forgetting and recontextualising in order to avoid a vastly inferior duplication,” he says. For him, the challenge lay in trying to “reflect the truths of Emma but in a different style, time and setting—different enough to give the book its own identity”.

The fate of his characters was partly determined by Emma as “there already exist certain dramatic arcs that are necessary to follow”. In Polite Society, “there are key characters whose stories end in much the same way that they do in Emma” .“But for some of the other characters,” he was always “led by the narrative force of their own impulses and motivations.”

When it comes to naming his characters, Rao takes “a lot of trouble to land upon the correct name”. “I think names are crucial,” he says, “first, for my own sense of who the character is, and, secondly, to be able to communicate this to the reader. Names carry all sorts of information, and in India, they can be especially loaded, in terms of class, religion, caste, region or language.” In Polite Society, the established upper class have names like Nina, Ania, and Renu and the outliers who infiltrate that inner circle are Silky and Dimple.

“Sometimes the names come to me in a flash,” he explains, “often I have to do a bit of groundwork.” When choosing Dimple’s name, he “scoured the lists of contestants for Miss India competitions in recent years.” He went “looking for the name of someone who would be young enough to enter these pageants and perhaps view them as a way of establishing herself in the world.” “Of course, this isn’t what Dimple does in the book,” he says, “but her ambitions for personal freedom and escape from her small- town life are similar.” When he came across the name Dimple, it “seemed to strike the correct tone of being ‘modern’ and still a little old-fashioned”.

“Many of the details function as social code, which is one of the ways in which class asserts itself.” He notes that “a failure to provide or to recognise the correct code is what is then grasped as a lapse in taste or sophistication” which is why the father of the protagonist is quick to clarify to a guest, ‘We don’t serve butter chicken in our house.’ Class identities in the two countries Rao is most familiar with—India and Britain—“involve a very complex and intricate construction of relationships with almost everything that is produced or consumed”. For a wealthy South Delhi family in the novel which “prides itself on its cosmopolitanism, butter chicken is one tiny but crucial part of that complicated nexus”.

He is at great pains “to make clear that I do not belong to this class of people”. He explains that “as a result of the privileges of my education and some of the work I’ve done, I’ve been able to loiter at the margins and get a good look. Being a bit of an outsider in India, and particularly in Delhi, is tremendously useful in this sense.” He is “rewarded with a measure of invisibility, which is exactly what you need” as a writer.

Instead, he’s found it hard to write “about voices and a milieu that are familiar”. “One of the greatest challenges” he faced “was writing a story from the point of view of an 11-year-old boy, who was in some ways similar to the child” he was at that age. “The proximity acted as a daunting inhibition and it took endless rewrites” to make the boy “sound real”. The popular belief that writers should write what they know, to his mind, “is not always the best advice”. He is interested in infiltrating lives that happen to be very different from his own.

In the last few years, Rao has also published The Smoke is Rising and One Point Two Billion. “In one sense, everything has changed,” he says. “I went from thinking that I might remain unpublished to having a third book out and being offered a wealth of opportunities.” It sometimes still feels like “a surreal transformation”. But in another sense, he finds that little has changed— every new book is accompanied by its own misgivings.

With each book, Rao has reinvented his writing. His debut, The Smoke is Rising (2014), was a futuristic novel set in Mysore, which was followed by a collection of short stories, One Point Two Billion (2015), that took the reader to 13 states across India. Asked why he moves in a completely new direction with each book, he replies, “I bore myself easily— and I can only press on with writing when I am unsure and somewhat terrified to be going in a new direction. A certain amount of fear and uncertainty is the only way I complete projects.”