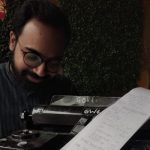 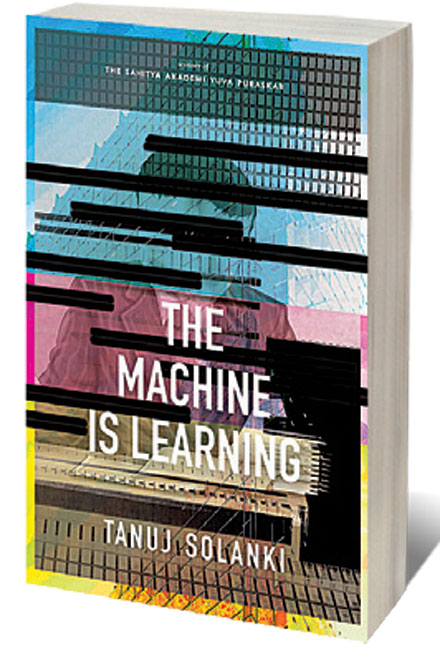 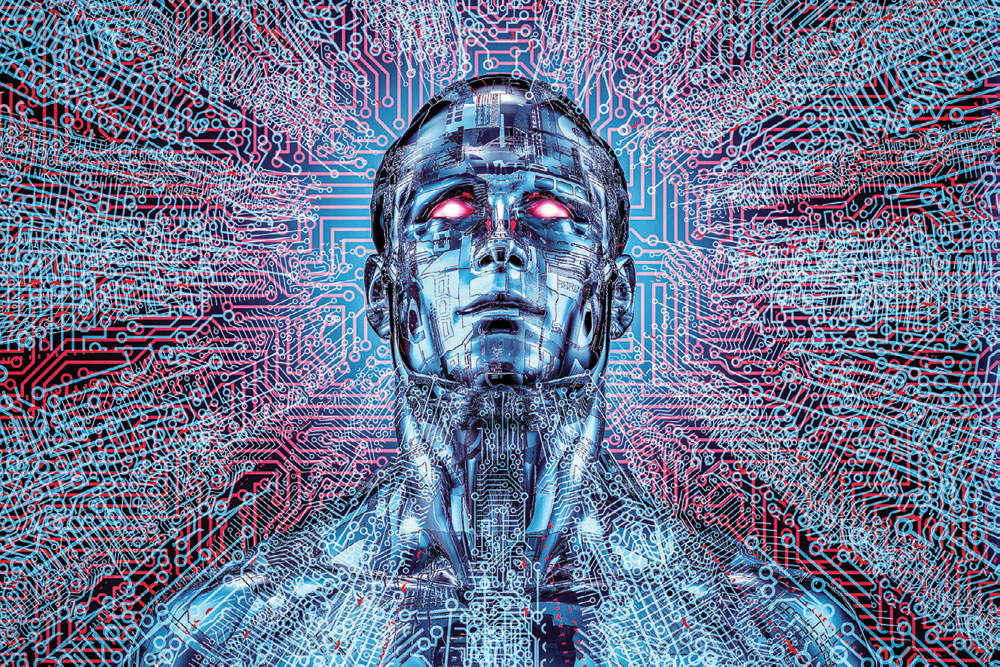 
AROUND THE TIME Tanuj Solanki’s third book, The Machine Is Learning (Macmillan; 248 pages; Rs 499), was released in June, Microsoft sent out a memo to its employees globally stating that in the next few weeks, it would begin replacing journalists and editors working for its news websites with robots. It was a part of a bigger push by Microsoft to introduce artificial intelligence (AI) in the newsgathering business. This might seem like a scene plucked out of a science-fiction novel. But today, AI has woven itself so intricately into the lives of humans that it can no longer remain chained to the world of science fiction and dystopia. What was considered dystopia in the 20th century is a reality 100 years on.

Solanki’s novel, however, isn’t alone. It is the latest entrant among a recent few others that have married the issue of AI with ethics. On the face of it, the plot of The Machine Is Learning is rather simple. It tells the story of Saransh who is employed at a life insurance company and is tasked with implementing an AI-based system whose ultimate fallout would be to render 556 employees redundant. The novel weaves difficult ethical questions surrounding such a transformation. Solanki isn’t a prophet; he is a realist. His novel is not anticipating the future. The Machine Is Learning is about the present; it paints a world that on the face of it seems borrowed from the tropes of science fiction. But actually it is a world where the predictions of science fiction have occurred, and we are left making sense of it.

Solanki’s novel shares thematic similarities with the English author Ian McEwan’s most recent novel, Machines Like Me (Nan A Talese; 352 pages; Rs 2,156). McEwan’s novel is a difficult beast that refuses easy classification. Set in an alternate timeframe, where the world of the 1980s resembles very much today’s, replete with the internet, social media, a world where Alan Turing is still alive and of course a world where robots resemble humans. It is a story about how Charlie Friend, who ‘adopts’ a robot named Adam and brings him home, slowly begins competing with Adam for the affections of his neighbour, a doctoral student named Miranda. But McEwan, very much like his peer Julian Barnes, is known to tease us with the outer simplicity of his plots, inside which he packs cerebral questions. Machines Like Me is no exception.


Man’s fascination and fear of AI is not new. It is hard to imagine the development and rise of science fiction as a genre, without the presence of AI, or robots, or any kind of machines. At one point in Machines Like Me, when Adam the robot is first brought home by Charlie, Miranda remarks about how splendid it would be if ‘the teenage Mary Shelley was here beside us, observing closely, not a monster like Frankenstein’s, but this handsome dark-skinned young man coming to life’. It’s a casual observation in the novel, and McEwan doesn’t dwell on the apparent similarities between Shelley’s monster and this perfect robot who wears the mask of a human. But there is something deeper happening here. It signals continuity, from Shelley down to McEwan (and Solanki as well). First, Mary Shelley’s Frankenstein was composed during a period which historian Eric Hobsbawm describes as the age of revolutions.

The French and American Revolutions in the late 1700s had a profound impact on the popular imagination, especially with regard to the relationship between power and those who wield it. But as the effects of these twin revolutions were petering out, Europe was soon confronted with a new kind of revolution—that of technology. A lot of scholarly ink has been spilt on discussing the impact of the Industrial Revolution. But if there is one area where this impact can be said to be the most profound, it is in the nature of work. The Industrial Revolution and the technological advancements it brought forth changed the way work is both done and imagined. It redefines the idea of labour and the way time is used as a mechanism to regulate and streamline labour. All geared up to achieve one goal: maximum efficiency. ‘Efficiency’ is a word we encounter a lot here, and it is no coincidence that this word begins to gain currency in the late 16th century, when the idea of European modernity was slowly being constructed. Transported to the early 19th century, efficiency becomes a buzzword that brings together the essential relationship between machines and energy needed by these machines to produce something. It is not hard to imagine how terrifying these changes must have been to someone living through these. At its heart, Frankenstein gives voice to these fears. Fears not so much about machines per se, but what these represent: the unquenchable human need for knowledge, which, in turn, fuels the other unquenchable desire to create.

Mary Shelley wasn’t alone in this. The English author Samuel Butler wrote an article titled ‘Darwin among the Machines’ (1863), which argued that machines were the next stage of evolution. Aghast at the technological advancements during the Victorian era, he believed that machines would render humans redundant.

In both The Machine Is Learning and Machines Like Me, Butler’s fear lies buried; they deal with the fear in their own different ways. In the case of Solanki, we are transported to a corporate setting, replete with sanitised conference rooms and a world divided up into cubicles. In this world—which to an outsider might seem the picture-perfect example of orderliness—Solanki shows us that any discussion about AI and its use is incomplete without factoring in its intricate relationship with the very spirit of capitalism. In the world Saransh inhabits, the need to earn more and more is the central tenet. His insurance company wants the AI-driven application because it would reduce overhead costs, streamline work, make it more efficient and finally increase shareholder value. But Solanki’s concern—who himself works in the insurance sector—is not AI per se, but the human. His novel tries to inquire about the culpability of humans who implement decisions which adversely affect the lives of others. In that way he seems to ask that age-old question that philosopher Hannah Arendt asked when she sat as an audience witnessing the open trial of the Nazi war criminal Adolf Eichmann: if we were only following orders from those higher up, is it even our actions? In Solanki’s novel, the question is, should we blame the machine, or those who are responsible for its birth and eventual depolyment?

This ethical conundrum is somewhat intimate in McEwan. He is not concerned about issues such as capitalism and efficiency—although they do remain forever present in the background of his novel. What concerns him are issues of love, sexuality and what we really mean by ‘human’. In his novel, the protagonist Charlie Friend is a conflicted personality. He is clearly in love with Miranda, but doesn’t want to do anything about it. Then, the moment he brings in Adam, he becomes fascinated with the way his robot looks naked. The core of this novel is not so much Charlie, but Adam, who was built to ‘follow orders’ but as the novel progresses we begin to see how this artificial human slowly gets endowed with agency. At several points, he rebels, he asks questions, he reads literature and argues that ‘when the marriage of men and women to machines is complete, this literature will be redundant because we’ll understand each other too well’. For McEwan, AI is an opportunity to tease out questions about creativity and creation, monster and angel, morality and immorality and, ultimately, machines and humans. And neither of these clusters are seamlessly separated. A reader might be tempted to assume that McEwan too could fall for the age-old ‘machines are bad, humans are good’ idea. But nothing could be further from the truth. In McEwan’s world such distinctions are seldom clean—and almost always messy.

Whether machines will end up finally replacing humans is still very much within the realm of speculation. But it is important to note that AI will continue to dominate cultural conversations. And now that it is out of the realm of conventional science fiction, these recent novels will pave the way forward for future fiction.