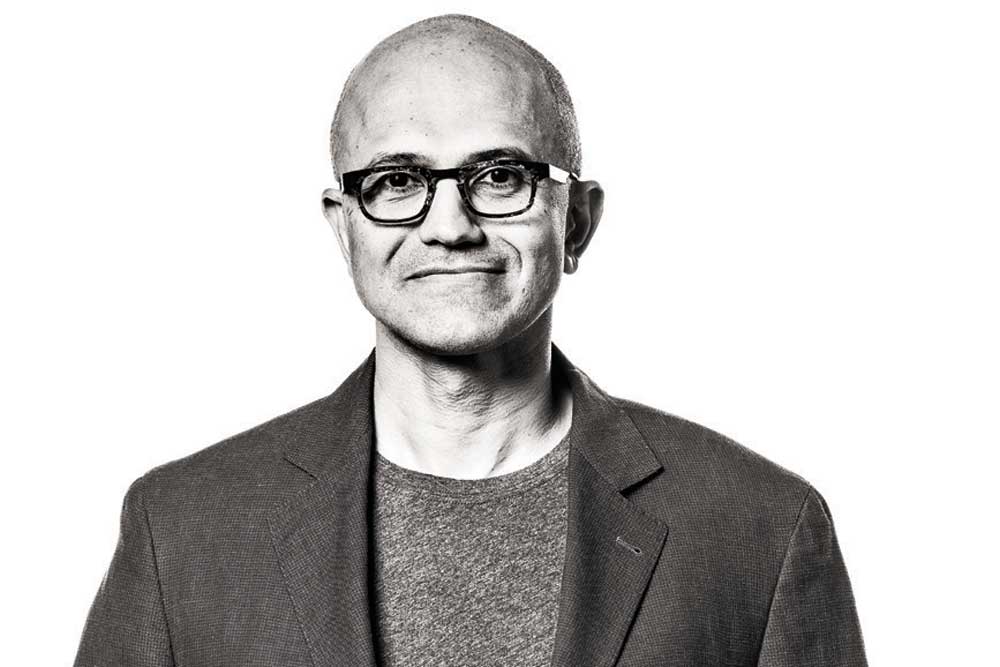 Soon, though, the IBM PC relegated Apple to a niche. Microsoft supplied the operating system and utilities to all PCs, IBM or not, and grew to dominate the software world. By 2001, Apple was one-fifth the size of Microsoft. Apple reinvented itself by creating consumer products—the iPod, iPad and iPhone. Today, it is 2.5 times as large as Microsoft, and four times as profitable.

When he became Microsoft CEO in 2014, Satya Nadella recognised the hard lessons of Microsoft’s decline: ‘Our industry does not respect tradition; what it respects is innovation. It’s our collective challenge to make Microsoft thrive in a mobile-first and cloud-first world.’

In both worlds, Nadella has his work cut out for him. In 2013, Microsoft had bought Nokia for $8 billion, trying to play catch-up in mobile computing. It was money down the drain. In cloud computing, Microsoft was a late entrant, but led by Nadella, it reached second spot, though only 10 per cent to Amazon’s 45 per cent market share.

“Technology is nothing more than the collective soul of those who build it.” Quoting Tracy Kidder, Nadella says that one of his most important tasks as CEO is to ‘drive cultural change from top to bottom.’ With 100,000 employees, this is a tall task, and will require early successes that can ‘up the coolness’.

For cash-rich incumbents, acquisitions can bring in new ideas and talent. Too often though, scale and corporate hierarchy relegate the new hires to the fringes. In a break with tradition, Nadella brought leaders of several of its new businesses into the annual corporate retreat, signalling that ‘innovation and competition don’t recognise our silos, our org(anisational) boundaries, so we have to learn by transcending those boundaries.’

The lines are blurring. The investor shorthand for the tech sector is now called FANG—Facebook, Amazon, Netflix and Google. Microsoft is not in the acronym, nor did it create social media or online video products. The $27 billion acquisition of LinkedIn sought to correct one omission, and unlike Nokia, its high profitability and growth may justify the cost. However, buying growth cannot be the main strategy for future-proofing Microsoft, and Nadella will have to find most of the mojo for growth from within.

In Hit Refresh, he points at the future: ‘We’re hard at work building the ultimate computing experience, blending mixed reality, artificial intelligence, and quantum computing.’ Microsoft is not alone in pushing computing in these directions. The recent past teaches us that incumbents rarely achieve leadership in the next wave of technology. Nor is this success critical to growth—a frequent comment on the success of Apple is its ability to incorporate the best technological advances of its competitors into its next-gen iPhone.

What is critical is managing regulation. Commentator Mohamed el-Erian writes that, as tech grows increasingly relevant to the functioning of society, ‘today’s prosperous and innovative tech giants now face the prospect of redoubled efforts to regulate and tax their activities.’

Managing this relationship is key to the future of companies like Microsoft. In his chapter on the ‘Trust Equation,’ Nadella explores the ‘conflict between protecting individual liberties of privacy and free speech and civil society requirements like public safety.’

Given the pace of change, these conflicts will never be resolved. Rather, reflective leadership will be required to find the dynamic balance between industry and regulators. Some of the finest thinking of Hit Refresh is to be found here.

It is reassuring to hear the words of US Chief Justice, John Roberts: ‘Modern cell phones are not just another technological convenience. With all they contain and all they may reveal, they hold for many Americans ‘the privacies of life’’.