Man with the Moves

In his recent memoir, grandmaster Viswanathan Anand shares life lessons he has learned from the chessboard 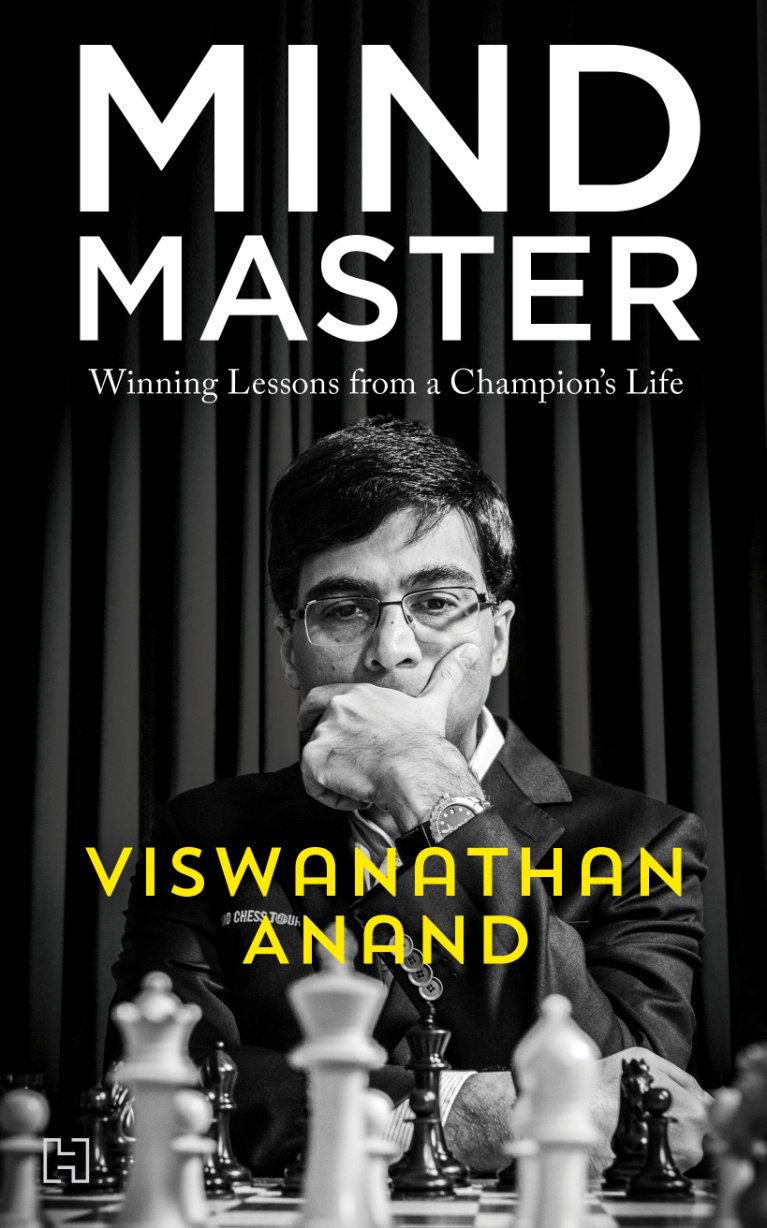 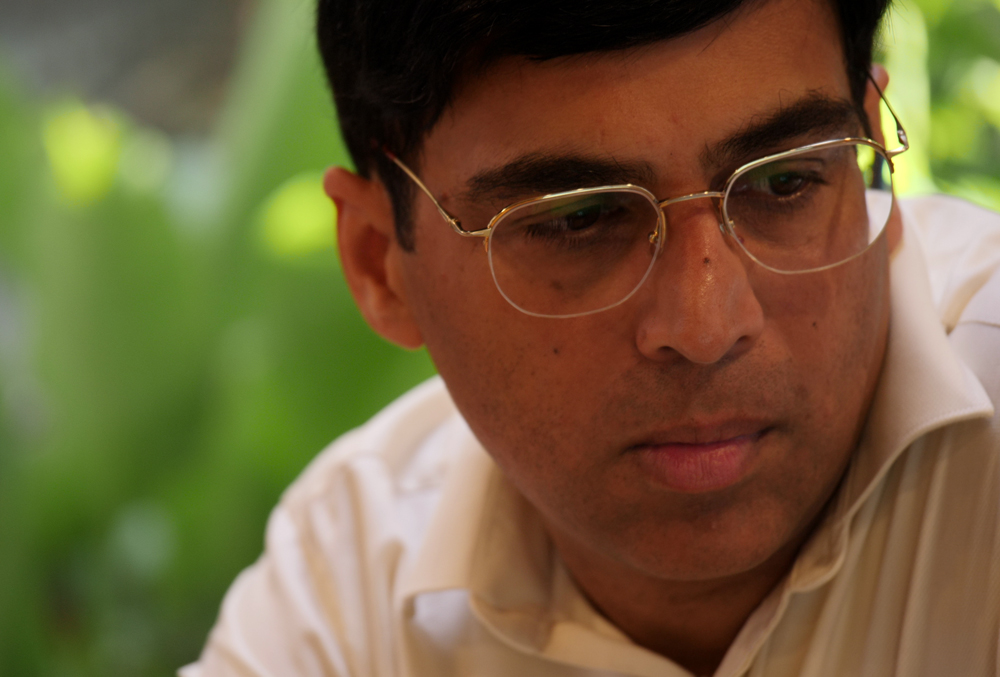 
World chess champions have written autobiographies, and biographies have been written on them. If you are a Viswanathan Anand, endowed with eloquence and wit, it may be child’s play to write an autobiography. But he needs to have time to introspect over his career, as he is not finished yet, even though he has just turned 50. He may be less active these days in the energy-sapping World Championship matches, but he is still in competitive chess and is playing at least five months a year.

This along with his desire to take the book to the world outside of chess might have prompted Anand to share his chess moments with sports journalist Susan Ninan while writing his autobiography Mind Master: Winning Lessons from a Champion’s Life (Hachette; Rs599; pages 262) . Chess players are prone to resorting to alphabets and notations like scientists or mathematicians when they write or talk about their own or other greats’ games. That is why most autobiographies by chess masters are often labelled entertaining reads, but they could bore those who do not understand the game. This includes the great Garry Kasparov’s popular autobiography Unlimited Challenge wherein the former World Champion describes in detail his encounters with both Anatoly Karpov, his predecessor, and the Soviet regime. Victor, the Terrible by former challenger Viktor Korchnoi is almost along the same lines. It is here that Mind Master is different in that it is theme based (winning lessons) and chess is only in the form of ideas that he developed in his life while playing it.

Of course, there is a diagram from his games at the end of each chapter, which shows the critical position with Anand’s footnotes and as usual he is witty but he does not dwell too much on theory and chess jargon in any of these visuals.

“I remember at least three autobiographies,” Anand says ahead of the release of his book. “That is (Boris) Spassky, (Anatoly) Karpov and (Garry) Kasparov. I think I probably enjoyed learning about the personal struggles and opinions that Spassky and Kasparov had. Karpov’s book was interesting, but I don’t recall any personal events that he shared.”

In fact, what helped him in this venture was his late mother Susheela’s advice. In the dedication, he writes, ‘For my mother, who told me to always write down my thoughts, good or bad. She said, ‘One day you will read them and realize how beautiful they are.’

“The idea of an autobiography has been around for a while, and now with Susan and Hachette, we managed to put it on the pedal and complete it. I narrated a lot of experiences and Susan helped organise them. We tried to identify the life lessons, and structure it that way. It was a cross between the chess version of a diary and a diary of events, so that after a while they blend into one overall story,” he says. His mother had insisted early in his life that he should note down his impressions about the game immediately after playing, especially if it is a loss, and that became a habit for him throughout his career.

He has stacked his early life in the chapter Sticky Notes, where he writes of ‘Madras, Manila and Madrid and Everything in Between’. The chapter covers his encounters with tennis in Chennai where ran around a court more than he hit the balls, then his blitz games at the Tal Club, before moving to Manila where his father served the Indian Railways on deputation. The Jeepneys, a popular mode of transport in the Philippines, find mention in the book and so does his trip to Baguio City one month after Karpov had played Korchnoi for world title in 1978. He moves quickly to 1991 when he played in Linares after the World Junior and his own Grandmaster title before finding a base in Madrid.

To squeeze a marathon career of about 40 years into 260 pages is not the easiest of tasks and that is why he concedes he had a plan in place when he began the book. He says he likes the book in the way it is presented…the concept of taking the life lessons, though it may not necessarily cover his entire career. “I hope the book will appeal to people outside the world of chess,” he adds.

He has narrated his career by carefully selecting his high and low career points, devoting enough space for arguably his best match against Vladimir Kramnik in Bonn to become the undisputed World Champion in 2008, though he had won two before, one against Alexei Shirov and then in tournament format in 2007.

The match that he lost in New York in the PCA cycle is described in detail and his subsequent intimacy with Vladimir Kramnik, who had worked with Kasparov in New York against him, is well documented. A couple of weeks after the match, he ran into Kramnik in Paris and they were cordial to the extent that Anand felt it was not Kramnik’s plan to team up against him but that was more an opportunity to work with Kasparov that he did not want to miss. In fact, Anand was so popular as a World Champion and Kramnik voluntarily offered his help for Vishy’s match against Veselin Topalov after he had lost to the Indian. These are insights into his career that only the champion himself could have told.

Though Anand does not call Kramnik his ‘second’ (the one who helps in preparations) as he was a kind of one-off, he narrates the role of his helpers wherever they come in as part of his big matches.

“For Karpov (1992), I thought I needed something more, somebody who understands his thinking and might be able to help me. So (Mikhail) Gurevich came. There is no clear pattern (in the selection of seconds), sometimes they were one-off (like Patrick Wolff) and Jonathan Speelman, sometimes they went for other careers,” he added. Though these are not part of the book, he gets into the role of seconds in his career in detail when he describes the big matches against Kramnik, Topalov and Magnus Carlsen. He has reserved a special word of appreciation for his long-time second Elizbar Ubilava too.

And last, but not the least, his manager, wife and soul mate Aruna is given her due place not in any particular chapter but as an ally in the many trials and tribulations he has faced.

THE BOOK is not organised in the order of events that unfolded in his career chronologically. According to the life lessons that he learned, he dips into a match or an incident that moved him during his journey. There is one interesting incident on how Karpov made a provocative remark about him after his victory in the 1998 World title match. “Ah, well, Vishy is a nice guy, but he just doesn’t have the character for a big win,” Karpov told a journalist while Anand and Aruna sat at the adjacent table. That hurt fuelled his determination no end.

There are interesting passages on chess programmes and the efficiency of computers over the decades. He recounts his New York match. “Frankly, I was not ready for a match of that magnitude. At the time, computers were nowhere close to performing the way they do now and the match taught me how much I had left to learn. Looking back, I would say the volume of preparation I did through the match is perhaps what I do now in a day’s time.”

Anand did not want to pick one defining event for his book because he would naturally choose a success and bask in it, or take a failure, which may not be complete. “This is a good mixture of success and failure…and a lot of mundane stuff because most often the best learning happens there,” he philosophises.

That is why the book is a collection of moments from his career and life, both serious and silly, which blend into one whole. Just as there are chess moments to cherish, there are hilarious moments from his childhood where he was caught between chess and other sports and there are descriptions of how artificial intelligence took over, both in his chess life and for professionals around him.

He could have written books on his tragedies and triumphs against Gata Kamsky, his duels against Karpov and Kasparov. He could have included his famous tournament successes in Linares, Dortmund and Europe in general. He could have written more about the many people who chanced to play some role or the other in his career such as former chief ministers of Tamil Nadu J Jayalalithaa and K Karunanidhi, ChessBase owner Frederic Friedel (he does feature in a couple of pages), his foster parents in Spain (Pereas) and maybe, chess tourism too based on his tournament destinations, but he chooses not to.

Mind Master, in chess terms, is a novelty. His earlier book Vishy Anand: My Best Games of Chess (1998), was an unalloyed chess book. Overall, this book borders on a novel (Anand probably wanted it to read like that) with his life experiences and contains traces of an invisible writer, especially when he talks of himself as the ‘other’ after going through the difficult times against Magnus Carlsen in Chennai.

In the last chapter, Staying Alive, Anand sums up his career wisely, ‘When I hold up the trajectory of my peers to mine, I see I have fared well. A majority of the top players today are half my age, yet we don’t seem to run out of conversation….Growing up, I never had a mentor in the sport beyond the chess books I read and the blitz games I played. As an Indian, I didn’t know what being a globally successful chess player meant because no one had walked down that road.’

In the footnotes of the game position (against Peter Leko), Anand is perhaps at his philosophical best. He writes, ‘In life, as in chess, learning must be constant—both new things and fresh ways of learning them. The process will invariably involve a certain degree of unlearning…’ There are photos of Anand from different tournaments at the end of the book, just enough so that the written material is not relegated to the background.

Long back, Manuel Aaron, India’s first International Master, a former chess federation secretary who helped Anand in his early career at the Tal Club, wanted to write the history of chess in India. He had spent a lot of time, maybe a decade, gathering information and finally it came out as Indian Chess History (from Sultan Khan to Viswanathan Anand) soon after Anand’s match against Carlsen in Chennai. Apart from this, there is little that is written on chess personalities in India, and it is here that Mind Master provides a whiff of fresh air.