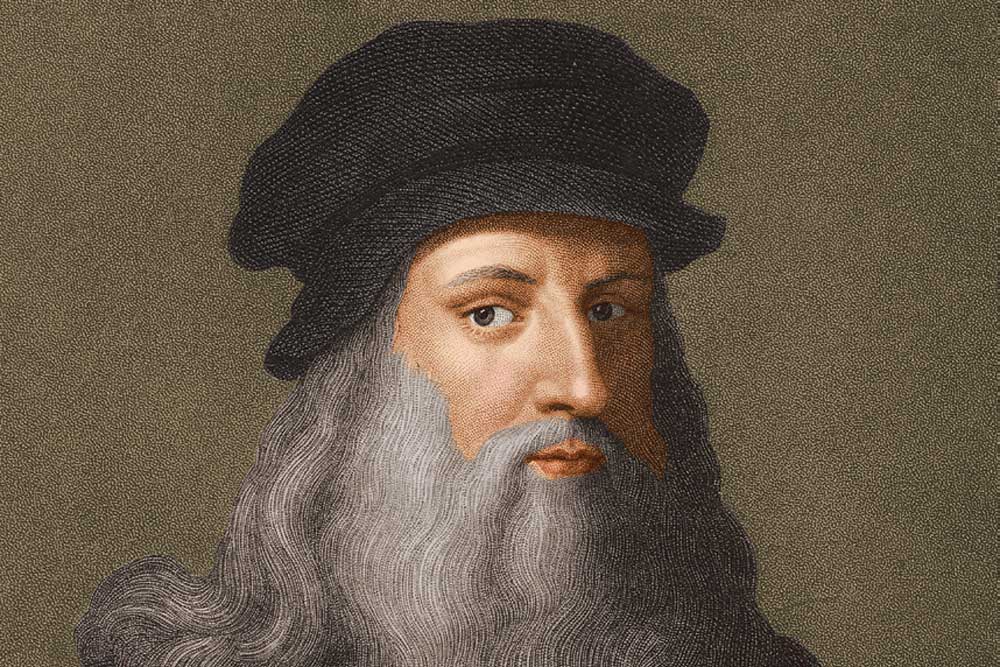 WALTER ISAACSON, the author of this book on Leonardo da Vinci, is known for biographic accounts of Steve Jobs, Einstein and Benjamin Franklin. This book helps us appreciate Leonardo’s intriguingly creative mind, which produced the most famous paintings in history, The Last Supper and Mona Lisa. Exploring his life is like trekking a mountain path in a misty morning, and as the sunlight bounces off the differing surfaces, each scene presents itself in softer hues and the outlines merge with the background. No sharp lines; we see a sum of the total. Despite the emerging clarity, the mystery lingers on like Mona Lisa’s smile.

Born in the Italian town of Vinci as an illegitimate son, Leonardo was never formally educated. As a person, he was handsome, flamboyant, dandyish, a vegan and also gay. He was left-handed and wrote in mirror script. Unlike Michelangelo, a deeply religious and a contemporary genius living in Florence, Da Vinci was heretical and believed in observation and experimentation. Totally unfocused and eternally distracted, with many unfinished projects, he was an antithesis to Michelangelo, his competitor, who burned midnight candles to finish his work and drew with the precision of a sculptor. Da Vinci loved to live in Milan, and ended up in Paris towards the end of his life, as the most prized guest of King Francis I.

Da Vinci was a reluctant painter and in his own mind, he considered himself more a man of science and technology. With almost maniacal passion and insatiable curiosity, he conducted studies in diverse fields like anatomy, fossils, birds, the heart, flying machines, optics, hydraulics, river engineering, botany, geology and weaponry. His ability to find common ground between the arts and the sciences made him the most creative genius who ever lived. Isaacson discusses Da Vinci’s interest in fantasy in some detail and his role in directing some of the theatrical stage shows and pageantries where angels could appear from nowhere and fly around. The idea of flight and flying machines came to Da Vinci hundreds of years ahead of his time. Isaacson says his starting point for this book was not his masterpieces but his notebooks. More than 7,200 pages of his notes and scribbles survive to this day.

Why did so many incredibly creative minds congregate in Florence in a particular period? How did Florence become the primary cradle of creativity in Europe’s medieval period? A variety of socio-political factors at the time helped Florence set the stage. Given this social ambience, the advent of printing technology cumulatively became a factor in moulding geniuses like Da Vinci. The printing press in the 15th century can be compared to the internet in the 21st. Thanks to the internet, now any curious and intelligent adventurous amateur is free to explore natural wonders and even aspire to become a ‘citizen scientist’. Knowledge stored in the dark dusty chambers of churches in the Middle Ages became matter for mass consumption primarily due to the adoption of mechanical printing.

Isaacson’s narrative of Leonardo da Vinci’s life helps achieve a better understanding of his mind and his work. Art is not a subject that can be explained adequately in words and its influence on people is very much subjective and it speaks to the non-verbal parts of our existence. After reading the elaborate discussion of nuances in a Da Vinci painting and looking at the images in this book, even a novice like me can now pretend to have acquired some sophistication in art appreciation. Isaacson not only pegs his discussion on Da Vinci paintings, but goes back referencing earlier biographies and other scholarly citations. Even though some chapters are long, this book provides a smooth flowing narrative for the reader and the ample usage of images and sketches within makes the book visually appealing, permitting the reader to become a participant in the storytelling. Isaacson has normalised Leonardo da Vinci for us while still preserving his mystique.