Urdu claims its rightful place as a voice of the people 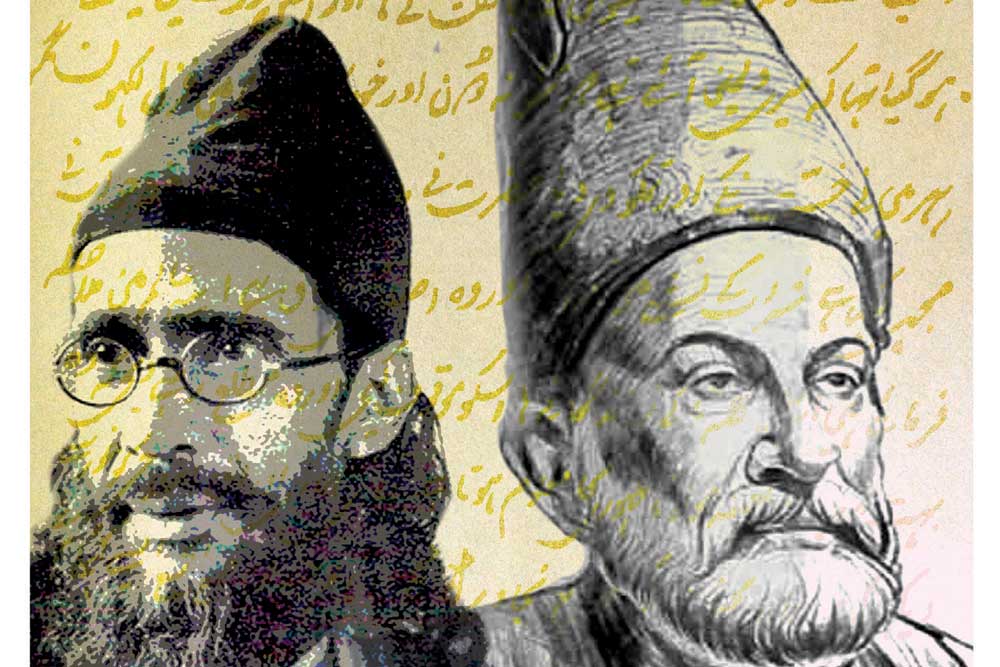 BY COINCIDENCE THESE two anthologies of Urdu literature in translation have been published more or less simultaneously. Each is vastly different from the other. On one hand, under the eyeball-grabbing title, The Greatest Urdu Stories Ever Told, is the personal selection of Professor Muhammad Umar Memon, of the University of Wisconsin-Madison, US. In his elegant introduction, he expertly explains the evolution of Urdu literature, and especially Urdu prose. The short story, being a form borrowed from European literature, flowered in the 20th century, and with a few exceptions, Professor Memon has chosen stories written after independence. Some of these authors will be familiar but most will be new discoveries for English readers.

On the other hand is a volume compiled by the late Ralph Russell containing fiction, non-fiction and poetry stretching back to the 18th century. Here I must confess a vested interest. Ralph Russell taught me Urdu at London University. He was an inspiring teacher. He was also a communist who first learned the language, equally well termed Hindustani, while serving in the Royal Army Service Corps in India during World War II. He regarded Hindustani, the lingua franca of the Indian Army, as a means to engage with ordinary people and found Indian troops were often ready to be more than frank with him. As a Japanese invasion loomed, he asked them what they would do if the Japanese captured them. “Simple,” came the reply, “We’ll join the INA. But it’s you they’re after. What will you do?”

After the war, he returned to Britain and studied Urdu at a much more advanced level at London University and became one of the foremost Western scholars of the language. His most celebrated contribution is to the understanding of Ghalib, Mir and other Mughal-era poets, who naturally feature in this volume. He learned from all of them, and also found in their work something that resonated with his own beliefs—a compassionate humanism. He was fond of quoting a Persian verse which, unsurprisingly, appears in this book too:

‘Drink wine and burn the Holy Book, and set fire to the Kaaba
Dwell in the idol temple—but don’t harm your fellow men’

Ralph Russell devoted much of his enormous energy to Urdu outreach, and the readers he had in mind for this anthology were those who had no previous knowledge of the language or who had been robbed of full knowledge of Indian languages by an English medium education. So amid the translations are short and simple explanatory passages. Given the man he was, it’s natural that he includes what he calls ‘popular’ literature. By that he doesn’t mean that the other poets and authors he features were unpopular, but that there was other widely read material that was largely anonymous, and often not considered literature at all. Among them are stories, equally popular in Hindi, of Akbar and Birbal, as well as Sheikh Chilli and Mullah Dopiyaza, and legends of great men. He also includes a piece by the prolific author and Sufi pir, Hasan Nizami, whose writing was popular with the masses and not so popular with the elite.

A large part of this anthology is devoted to poetry, in which Urdu excels, and especially to couplets by Ghalib and Mir arranged on themes such as the ideal lover, mystic love, God and Humankind and humanistic aspects of the ghazal. The couplet, being a complete unit in Urdu poetry, lends itself to this kind of thematic arrangement and he rounds off this section with lively contemporary accounts of poets’ lives, including passages from Hali’s vivid biography of Ghalib with instances of the poet’s celebrated wit, and selections from Ghalib’s own letters.

His anthology concludes with a long passage from the first true novel in Urdu, Umrao Jan Ada, made famous in modern times by two Hindi films, one starring Rekha and the other Aishwarya Rai in the leading role of the courtesan abducted from her home as a child and sold to a kotha. Umrao Jan Ada is a masterpiece, and Ralph was a born translator. Indeed, all the works in this volume are translated by him. However, if he were alive today perhaps he would have included more Urdu words from the original text where English equivalents don’t quite work, as well as Urdu equivalents to all the translated poetry.

His anthology starts, though, with the genre of Urdu writing he felt was most accessible to the modern reader of English—the short story. This is a particularly rich vein of literature in Urdu, and has been very imaginatively mined by Professor Memon in his own anthology, the majority of which he too has translated himself. His and Ralph’s choices of authors coincide in Prem Chand, Saadat Hasan Manto and Ismat Chughtai, although the stories they choose are different. Professor Memon, for example, selects Manto’s most famous Partition story, ‘Toba Tek Singh’, while Ralph opts for ‘The Black Shalvar’ a story set in a brothel. These represent two of the most prominent themes in Manto’s work, Partition and life outside ‘respectable’ circles of society.

The impact of Partition bore fruit in an impressive body of short stories in Urdu as well as Hindi and Punjabi, and Professor Memon also includes one such story by Rajinder Singh Bedi about an activist who campaigns for families to accept abducted women rescued from Pakistan, until, that is, among the returning abductees he finds his own wife. Ashfaq Ahmad’s recreation of the relationship between a less than serious student and his devoted teacher also has its denouement in Partition. Some other stories are set against a backdrop of communal violence, and one—Sajid Rashid’s ‘Fable of a Severed Head’—is about a suicide bombing. However, Professor Memon says his purpose was to search for ‘successful’ stories, irrespective of any social message they might bear. As he says, his aim is to ‘present the texture and flavour of the modern Urdu short story, both as a daring experiment and as a more refined heir to the traditional form.’ For him, ‘To reduce literature to its social usefulness, or to read it as history, is to do violence to its nature.’

To strengthen his argument, he refers to the works of Naiyar Masud, one of the greatest of modern Urdu writers whose story in this volume continues, as he puts it, ‘to glow long after one has miserably failed to make it yield up even an ounce of social usefulness.’

PROFESSOR MEMON also resists regarding women writers as a distinct group because, as he says, ‘in this age… the only decent way to show respect to half of humankind seemed to lie in not identifying it as a marked species’. The result of this criterion is that only a quarter of the selected authors are women. Ismat Chughtai is represented not by her most famous short story ‘The Quilt’ which discreetly deals with lesbianism, but by a very powerful tale of the all-too-short lives of poor women subject to repeated abortions. The other four women writers included are Altaf Fatima, Jameela Hashmi, Khalida Asghar and, of course, the inimitable Qurratulain Hyder.

It has to be said though that one of the most outstanding female protagonists among all the stories is to be found in Intizar Husain’s ‘The Back Room’, an evocation of a lost childhood and a mysterious storeroom with a dangerous reptilian inhabitant.

The overall result of Professor Menon’s carefully considered choices is a thoroughly engrossing, varied and often surprising volume, which presents a crystal clear window onto the Urdu short story. Both these anthologies will delight readers, especially in these days when, as Rakshanda Jalil has put it, ‘Urdu is gradually freeing itself from its ‘Muslim’ tag and reclaiming its rightful place as a people’s language.’