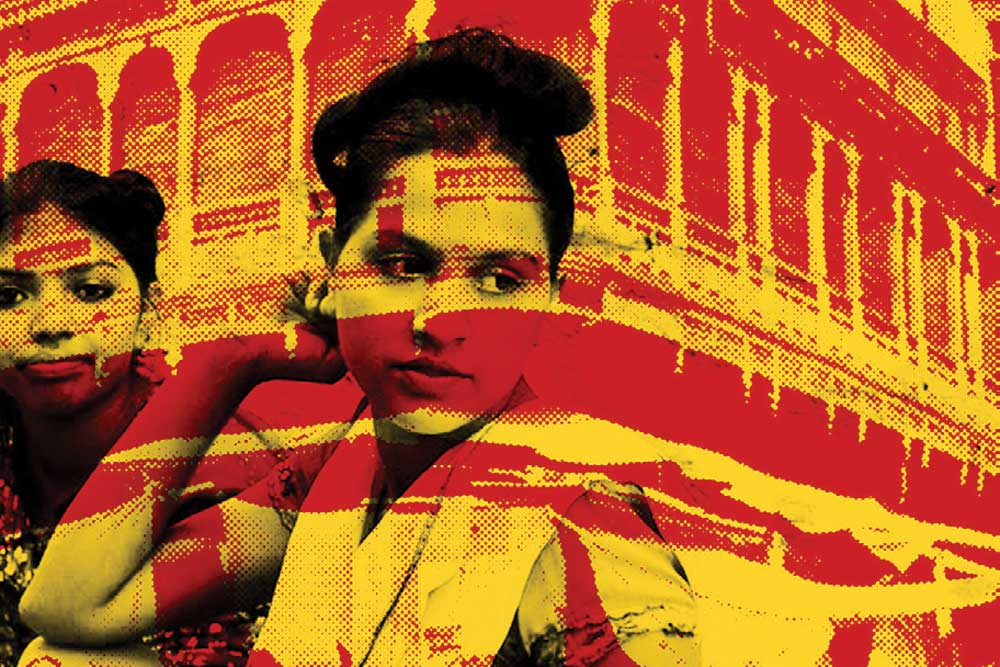 SET IN THE hauntingly beautiful city of Lahore, Pakistani writer Faiqa Mansab’s debut novel This House of Clay and Water—three cheers for that wonderful title!—is about three principal characters: Nida, Sasha and Bhanggi. The daughter of an upper-crust political family with old coffers and older traditions, Nida is married to Saqib, an aspirational if insecure politician whose domineering family is both deeply jealous and darkly critical of her. A sudden tragedy casts a shadow between Nida and Saqib, which solidifies into a wall that grows a few inches every night.

The glamorous Sasha, married to the mousy and middle-class “He’s so… blah!” Luqman who cannot keep up with her consumerist obsessions, takes to casual relationships in order to acquire her Diors and Jimmy Choos. Sasha neglects her younger daughter, the homely and bookish Zoya, while championing the elder, the beautiful Alina, until catastrophe comes.

And most curious of all is Bhanggi —‘he who consumes bhaang’—who represents a remarkable trope in South Asian literature: the Hijra. (We might recall Urvashi Butalia’s inimitable pieces on Mona Ahmed, the transgender matriarch of the Hijra community, a resident of Mehndiyan in old Delhi, and, more recently, Arundhati Roy’s Aftab/ Anjum, who lives in a graveyard, from The Ministry of Utmost Happiness.)

“My body, ji, isn’t my own,” we hear Bhanggi’s voice at the beginning. “It’s a communal vessel for lust that finds expression in dark corners. I learnt that early in my life, na. I am like the spaces that belong to no one; a dirty thought never acknowledged.” Abandoned at birth, Bhanggi grows up on the streets, is portioned out abuse and affection randomly, and eventually finds his true voice as he dons the green garb of a qalandar, a Sufi mystic, in the grounds of the famous shrine, Daata’s Dargah.

And it is at the darbar that Nida, one among the thousands, a ‘Begum’ cloaked in a burkha, her diamonds sparkling as she wanders from shrine to shrine and street to street for something ineffable, meets Bhanggi for the first time. She feels drawn to him on the invisible strings of destiny, and a uniquely transgressive— and transcendent—relationship follows, overturning all the received hierarchies of contemporary middle- and upper-class Pakistani society.

Mansab’s prose is limpid, restrained, on occasion rising to great finesse as she talks of the chief character in her novel: the city of Lahore. ‘The sky hung listlessly over Lahore, looking faded, as if it had been washed one too many times with cheap detergent. It was always like that in the summer.’

And unfortunately for the reader, as the ever-shifting, ever-present shadows of the city loom large, the cast of characters pale in comparison. Their individual female tragedies, while relentless and authentic, never quite move, never quite rise above the colours of the canvas. One does not care for the characters as one does for the spaces they inhabit.

The representation of the patriarchal culture cuts close to the bone. But somewhere, as one views the gallery of un-redeemed and irredeemable men— whether Saqib, Nida’s husband; Luqman, Sasha’s husband; Sasha’s various lovers; as well as the entire range of minor men who appear and disappear like broken meteors, from Idrees the rapist to Aufaaq the dargah clerk who torments Bhanggi— one wonders whether the author’s trenchant critique of contemporary Pakistan would have done better with less wooden, more complex men.

Sasha emerges as the most fascinating study, and the politics of Sasha and Nida’s friendship is well done. The author succeeds in the way she counters the masculine and brutish version of religion that the (wooden, unheroic) men in her narrative wish to impose on their worlds as against the vibrant, sophisticated, carnivalesque and deeply radical Sufi reading of Islam that the androgynous qalandar Bhanggi, and the space of the Daata Darbar itself, stand for. This sub-text is indeed powerful; one rather wishes that the fates of the characters and their inner dilemmas did not seem quite so predictable, and matched up to the epic nature of their setting.